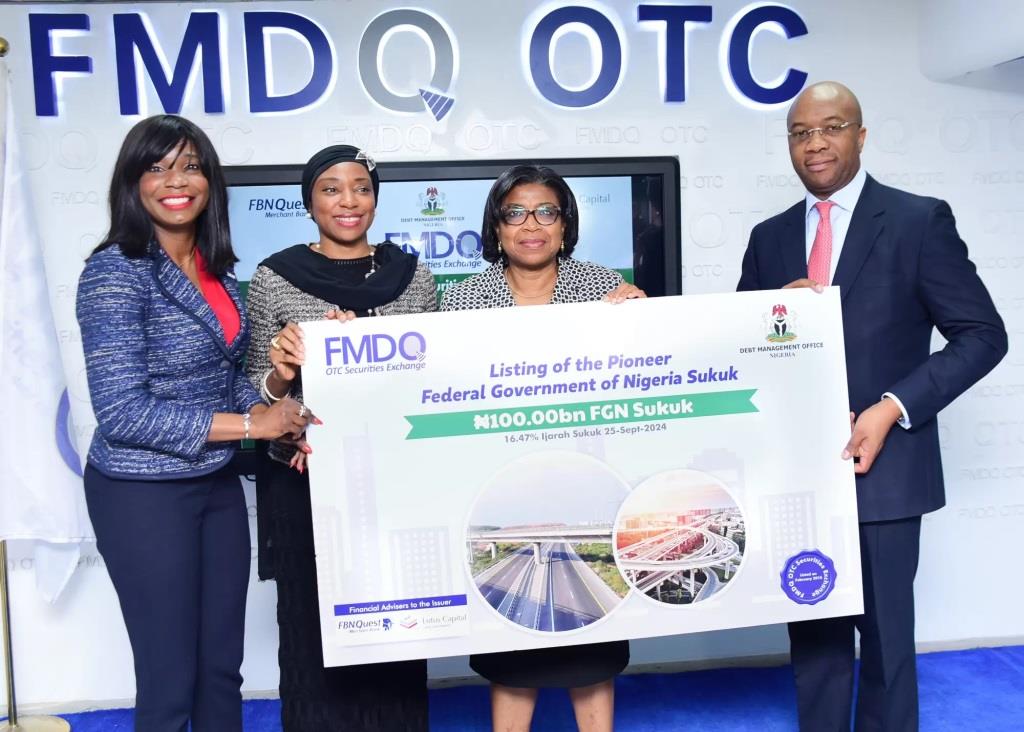 As part of efforts to drive retail investment in the country, the Debt Management Office (DMO) has urged intending investors to put their money in the various federal government securities, stressing that they are profitable and risk-free.

According to the News Agency of Nigeria (NAN), the Director-General of the DMO, Ms Patience Oniha, said the various FGN securities, apart from raising funds to finance government projects, also offer attractive investment opportunities for Nigerians.

According to Ms Oniha, the central government, through the DMO, issues the bonds and makes periodic interest payments to the investors, while the principal is paid at the end of each tenor.

“One function of these FGN securities is to raise capital to finance deficits in the budget, and also to raise funds to execute critical infrastructural projects.

“They are backed by full faith and credit of the Federal Government of Nigeria, and are default risk-free,” she said.

She said that the debt instruments also contribute to the development of the domestic capital market, adding that they served as a benchmark for other private institutions to issue their own securities.

“They enhance the savings and investment opportunities of the populace, thereby promoting financial inclusion.

“They also attract foreign investors into the domestic financial market, to refinance maturing domestic debt and to diversify sources of funding for the Federal Government.

“You can use them as collateral to obtain loans from banks and other financial institutions, and they help in diversification of investment portfolio.

“They are also a source of steady income, as investors’ interests are paid every six months or every three months, and they are tradable on the stock exchange,” she said.

“FGN Bond is the flagship; it is the longest of the existing FGN Securities. It offers a medium term to long term investments, from five years to seven years, to 10 years, 20 years, and 30 years.

“It is offered every month, with a minimum subscription of N50 million, and in multiples of N1,000 thereafter, and coupon payments are made every six months.

“The second product, the FGN Savings Bond is designed with retail investors in mind.

”It is issued every month, with a minimum subscription of N5,000 and in multiples of N1000, subject to a maximum of N50 million,” Ms Oniha said.

She said that the Eurobond was issued in dollars, and designed to provide exposure to foreign investment that stayed in the country.

“When you invest in Eurobond you are owning dollar-denominated assets, and that adds foreign exchange exposure to your portfolio, while also boosting the nation’s external reserves,” she said.

She described the Sovereign Sukuk as a Sharia-compliant Security that represents the interests of the owner in an asset or pull of assets.

“The Sukuk ensures that every financial activity is backed by real economic activity, and there are specific infrastructural projects linked to the Sukuk investment,” she said.

She said that the FGN Green Bond is fixed-income security used to finance projects that have a positive impact on the environment and to provide solutions to climate change, adding that Treasury Bills are short-term securities issued with tenors of 91 days, 182 days and 365 days.

“The minimum for this investment is N50 million,” she said.

Start-ups in Nigeria, Others to Get $100m Venture Capital Fund