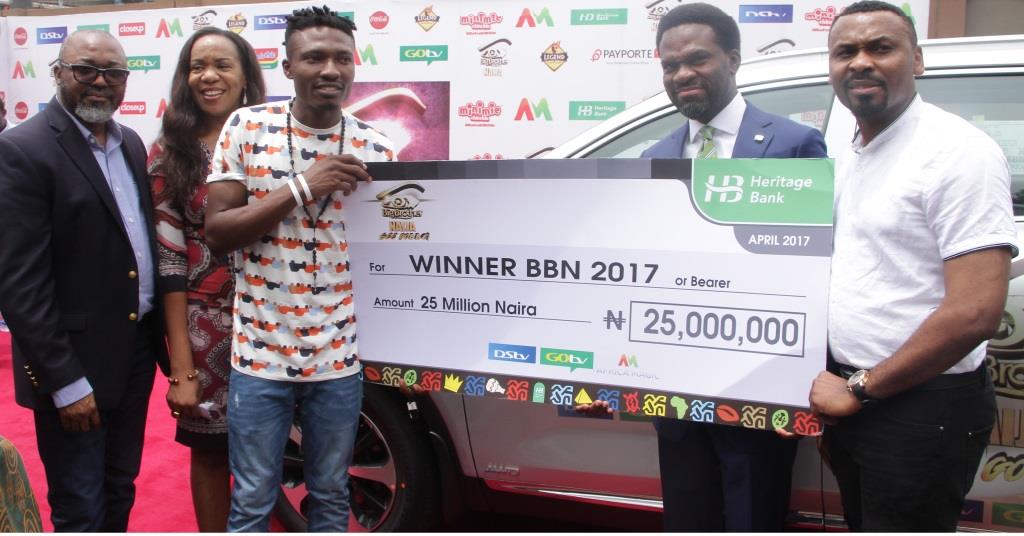 At the presentation on Tuesday in Lagos, Group Head, Corporate Communications at Heritage Bank, one of the sponsors of the show, Mr Fela Ibidapo, noted that beyond providing financial assistance to BBNaija contestants, the lender would between 6 to 9 months help define the platform created for them; through business and advisory support services.

“We are proud to be part of the reality show because our involvement has re-emphasize the wealth enshrined in our cultural heritage,” Mr Ibidapo said.

He stressed that the support will help chart a veritable course and equip the housemates with the necessary tools to make informed business choices during individuals’ careers.

The bank’s spokesman affirmed that in a bid to bring additional value to Nigeria culture, Heritage Bank would ensure that in partnering with the housemates take positive steps towards creating, preserving and transferring wealth to Nigerians.

He said BB Naija reality TV has projected the some of the positive aspects of the Nigerian culture of projecting kings and queens in every citizen.

When we started this journey some weeks ago, people were asking us, how will you do it as a bank, remarking that with help of DSTV and the housemates among others they were able to create the needed experience among the Nigerian people, he said.

Efe, who spoke at the presentations of the grand prize, commended Heritage Bank for promoting Nigeria culture to the world.

Efe beat 11 other housemates to cart away the coveted prize, having surmounted all the hurdles and polled a whopping 57.61 percent of the overall votes.

Meanwhile, Bisola who emerged the first runner up polled 18.54 percent of the vote, thanked all the sponsors, while noting that she is positioned and empowered to harness her talents via the BB Naija platform.

Also, speaking, the Managing Director, MultiChoice Nigeria, John Ugbe, who thanked Heritage Bank and others for their supports, noted that the pooled efforts exposed Nigerian culture to the rest of the world.

He stressed that the programme and entertainment industry in general would add value to the nation’s Gross Domestic Product, while it would also help identify, nurture and promote young talent to a wide range of viewers across African continent.

The Regional Director, M-Net West Africa, Wangi Mba-Uzoukwu, disclosed that over 26 million votes were recorded, which stood out as one of the highest in Africa reality TV shows.

The Big Brother Nigeria 2017 began in January. It had seen the eviction of nine housemates, Bally, Bassey, CocoIce, Gifty, Kemen, Miyonse, Soma, ThinTallTony and Uriel before the top five who graced the finale: Mavis, Debbie Rise, TBoss, Bisola and Efe.