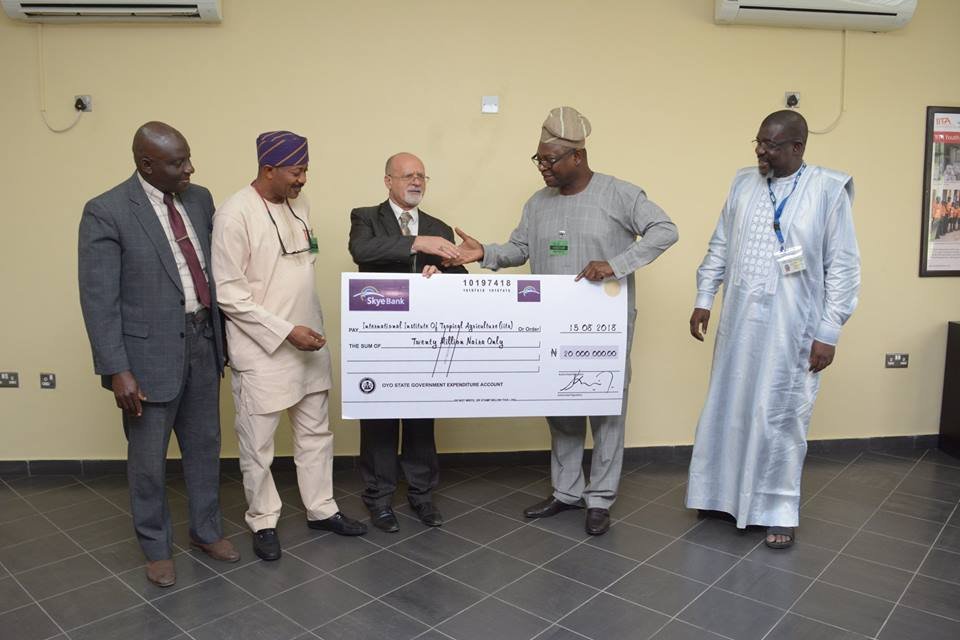 A partnership has been entered into between the Oyo State government and the International Institute of Tropical Agriculture (IITA) for the development of an agricultural policy roadmap for the state.

As part of the contribution towards this 20-year blueprint, the state government has given IITA the sum of N20 million.

It was gathered that the integrated agribusiness park would be developed in phases, from the primary production of roots, construction and installation of types of machinery and the processing of starch, ethanol etc. and marketing of the finished product to industries.

The initial investment for the first phase of the project will cost N55 million, with additional investments expected to come in as implementation commences.

As part of the agricultural policy, IITA will clearly outline the opportunities, strengths, weaknesses, threats, and more importantly what the state needs to do in the short, medium, and long-term to achieve agricultural transformation.

Under the policy component of the deal, IITA will work with the National Institute of Social and Economic Research (NISER), Oyo State Ministry of Agriculture, and the Oyo State Agricultural Development Program.

During the meeting held on Wednesday, Commissioner for Agriculture in Oyo State, Mr Oyewole Oyewumi, explained that, “Our aim is to boost food production, create jobs and wealth for our people.”

On his part, IITA Deputy Director, Partnerships for Delivery, Dr Kenton Dashiell, stated that, “We are glad to see Oyo State moving forward with an action plan to transform agriculture and [we] are honoured to be part of their team.”