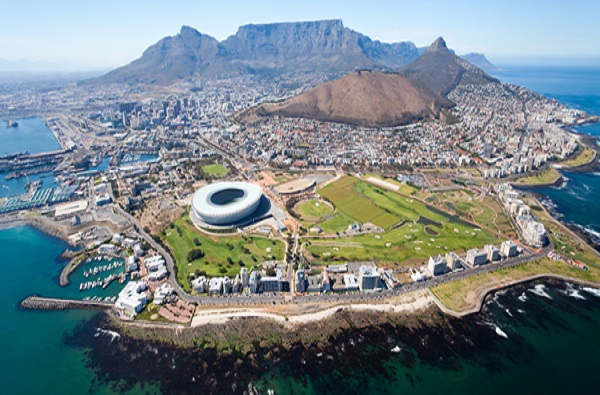 The African real estate narrative has shifted and evolved over the last 2 years with the impact of geo-political and economic challenges changing the property landscape. Moving forward, investors have come to realise that a more measured approach may hold the key to reaping long term rewards in Africa.

In order to address this new reality, API Events is hosting the 8th annual API Summit & Expo in Johannesburg on August 24 and 25, 2017.

“Africa is facing a new reality, but what does this mean for investors and developers looking to expand their growth and uncover new opportunities? Not only do we need to better understand this new reality, but also how best to approach it, realigning development strategies and investment models, all the while working together with new players in order to continue to develop and enhance Africa’s future property market,” says API Events Managing Director, Kfir Rusin.

Alongside this new era for the African continent comes a divergence in growth paths for two groups of economies. On one side we have Africa’s oil exporters, who have experienced sharp declines in growth, while Africa’s more diversified economies have continued to accelerate their GDP expansion. Despite these differing growth patterns from an economic point of view, the shift in real estate capital flows have yet to fully move over to East Africa, with long term investors still seeing the likes of Nigeria as a key market.

These changing fortunes, together with strict central bank regulations within individual countries, and the volatility of local currencies against the US dollar, have, however, made real estate funding a lot more complex.

The geography of opportunity within Africa has also evolved with French-speaking West Africa, particularly Ivory Coast, Senegal and Cameroon piquing new interest from an investment point of view, while East Africa continues to lead as Africa’s most stable frontier.

In this regard, companies like Mara Delta continue to focus on the long term fundamentals rather than short term volatilities, as seen with their own sustained and increased investments into countries such as Mozambique and Zambia over the last 2 years.

Bronwyn Corbett, Chief Executive of Mara Delta commented: “In addition to taking a view on political and currency risk, key considerations for us are the ability to conduct business in hard currency, the repatriation of funds, land tenure and the ability to raise debt. Based on these considerations, we have identified Uganda, Rwanda, Tanzania, Botswana and Ghana as potential territories for expansion. Our nodal expansion in-country depends on tenant demand, as you need some level of concentration in an area or region to make it economically viable.”

Looking ahead, there will be a definite shift in terms of sectors of interest and asset sizes. The office market has suffered a steady decline across the continent, while the retail sector is expected to continue to move towards convenience retail and smaller, more tailored retail centres across Sub-Saharan African cities.

Elaine Wilson, Divisional Director for Research at Broll Property Group says: “Some investors are getting wary of investing in the continent because of currency volatility especially in the retail sector due to dollar based rentals. East Africa is seeing an increase in formal retail space, however, financially strained consumers will still frequent informal traditional markets.”

On the other side of the spectrum, the demand for bigger and better warehousing space has increased significantly, with mega distribution warehouse projects kicking off in cities like Lusaka, Nairobi and Tema.

In terms of infrastructure on the continent, LAPPSETT, West African rail network and The Grand Ethiopian Renaissance Dam are expected to further influence the direction of Africa’s future going forward, boasting huge potential in unearthing new real estate opportunities across the continent in the current year.

The 2017 API Summit and Expo promises to delve in-depth into each of these topics, and more, with participation from over 35 countries, 600 delegates and 250 companies, providing insights, thought-leadership and solution-focused tools.

“Our understanding of Africa has changed over the last decade, and developers and investors alike are now ready to take a more measured approach to the continent, with a specific focus on attaining sustainable growth in the years to come. With this new understanding in mind, it has become vital for all industry players to come together, to learn from their peers, share their own on-the-ground experiences and forge new avenues for real estate growth in Africa,” Rusin says.

Related Topics:african property market
Up Next