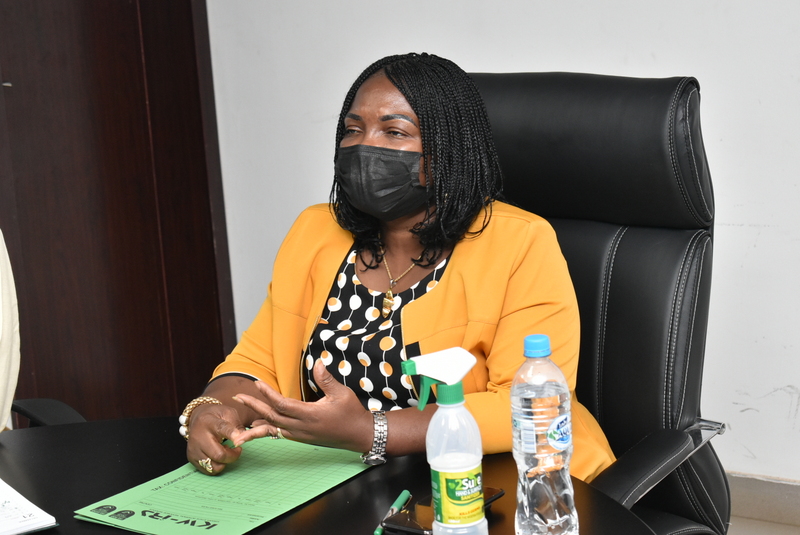 About N27.0 billion was generated in 12 months by the Kwara State government as internally generated revenue (IGR), 95.61 per cent lower than the target it set for 2021.

This disclosure was made by the Kwara State Internal Revenue Service (KW-IRS) and it is coming a year after the state and the nation were locked down as a result of the coronavirus pandemic.

For about six months in 2020, the federal government imposed a lockdown in the country to curtail the spread of the deadly virus, causing businesses to either shut down or operate remotely, affecting revenue generation.

In a statement signed by the Executive Chairman of KW-IRS, Ms Shade Omoniyi, it was stated that the agency projected to rake N29.2 billion in the year under review but it was unable to meet this target.

However, the funds generated last year remains the highest annual IGR recorded since the agency was founded in 2016.

Ms Omoniyi attributed the decline in the IGR from Q2 to Q4 to challenges associated with general apathy in the adoption of some newly introduced revenue collection processes, non-remittance, as well as seasonal collections.

But she said the annual rise in IGR was buoyed by “the gradual recovery of the economy after the pandemic, continuous consolidation and digitization of all revenue lines of the state, both of which are helping to reduce revenue loss, leakages, and diversion of revenues accruable to the state government.”

She assured that the agency is not relenting in its efforts of provision of seamless tax administration, continuous tax advocacy through various mass media platforms and stakeholders’ engagement to ensure tax compliance, prompt payment and remittance of tax arrears, eradication of under deductions and non-remittance of taxes due on income.

Ms Omoniyi this year, the organisation plans to consolidate on the digitization process which aims at achieving taxpayers’ convenience, as some of our major structural improvements include the Self-Service Portal where taxpayers could perform basic tasks in the comfort of their locations.

She noted that in 2022, the agency will broaden its tax net and make IGR collection seamless in the informal sector as several initiatives introduced at the Kwara State capital will be taken to all the local government areas with its continuous expansion of operations to all councils and the recruitment and deployment of additional 100 staff for improved efficiency at the grassroots.

The KW-IRS chief further said the agency will introduce cashless payments schemes in several touchpoints across the state with the consolidation of payment platforms and continuous improvement on its automation system across board.

She further assured that as the year 2022 progresses, KW-IRS will continue to establish more profitable partnerships and effective work relationships with all stakeholders for smooth revenue administration and strategic development of the state.

“The Service remains committed to improving its processes, promoting collective work ethics, and seamless provision of tax administration for the growth of Kwara State IGR,” the statement added.

Ms Omoniyi charged all business owners in the state to register their businesses with the KW-IRS, ensure tax returns are done within the time allowable by law, declare all sources of income for appropriate assessment, and pay all that is due on income as tax within the stipulated time.