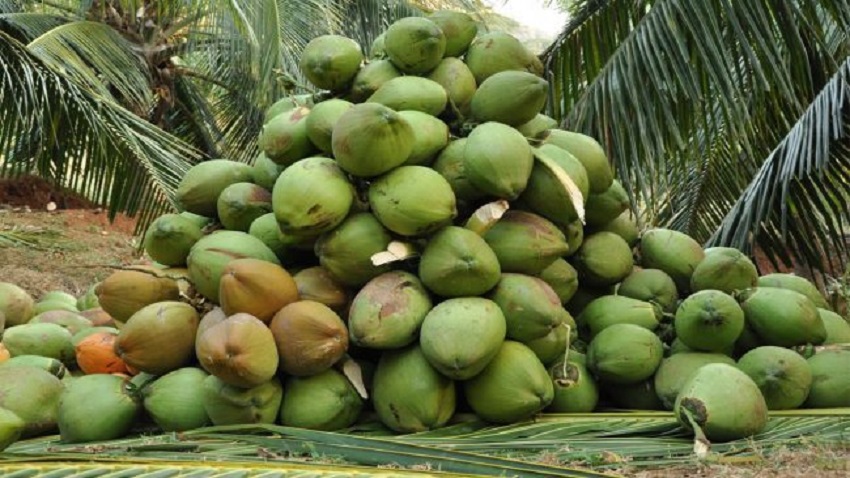 The Lagos State Government has collaborated with the United Nations through the Food and Agriculture Organisation (FAO) to rehabilitate the state’s coconut belt aimed at producing 10 million coconut trees by 2024.

The Rome-based agency served as an executive agency to achieve the mission project of restoring the Lagos coconut belt and is implemented by Lagos State Coconut Development Authority (LASCODA).

The Commissioner for Agriculture, Ms Abisola Olusanya, in a statement in Lagos, said that the partnership would ensure the rehabilitation of coconut grooves, create over 500,000 job opportunities and wealth through training, capacity building and empowerment of youths and women.

She noted that the collaboration became imperative as coconut was one of the major cash crops in the state, producing over 80 per cent of the country’s annual production of 285,200 metric tons.

Ms Olusanya said that its production capacity had earned the state the 19th position in the world coconut producing countries.

The Commissioner added that despite the government’s efforts in harnessing the full potentials of the tree crop and generating revenue from coconut, the state was only able to access 20 per cent of its potentials.

According to her, this is through rehabilitation and production efforts in upstream and processing; utilisation and commercialisation downstream, while only meeting about 30 per cent of the local demand.

“It is pertinent to note that the strategic five-year agricultural road map of the present administration of having 10 million productive coconut trees in Lagos under the value chain will provide over 80 husked nuts per tree,” Ms Olusanya noted.

She said further said “a total of over 800,000,000 husked nuts per annum currently valued at an average of N100 per nut, with an economic value of over N76 billion per annum which can be triple to N240 billion worth of transaction volume with value-added annually.

“These figures can only be achieved if the right technical and financial support is provided.

“It is in the light of this that the state government through the Lagos State Coconut Development Authority is collaborating with the Food and Agriculture Organisation.”

Ms Olusanya noted that the partnership would provide technical support in the development of the coconut value chain through a unilateral trust fund.

She further said that it would ensure food security through sustainable, resilient, good agricultural practices and the promotion of development-oriented policies that supported productive activities.

She also expressed that it would promote entrepreneurship, creativity and innovation as well as encourage the validation and growth of micro, small and medium-sized enterprises, especially in the downstream sector.

Ms Olusanya added that the collaboration would guarantee the development of quality, reliable, sustainable and resilient infrastructure, including regional and trans-border infrastructure to support economic development and human well-being.

“The collaboration will help us as a state to ensure economic development in revenue generation, improve the standard of living, development of the local economy through employment and wealth creation opportunities,” she added.

Related Topics:Lagos State Coconut Development AuthorityLASCODArevenue from coconut
Up Next

SEC Blames Investors for Rise in Unclaimed Dividends to N170bn