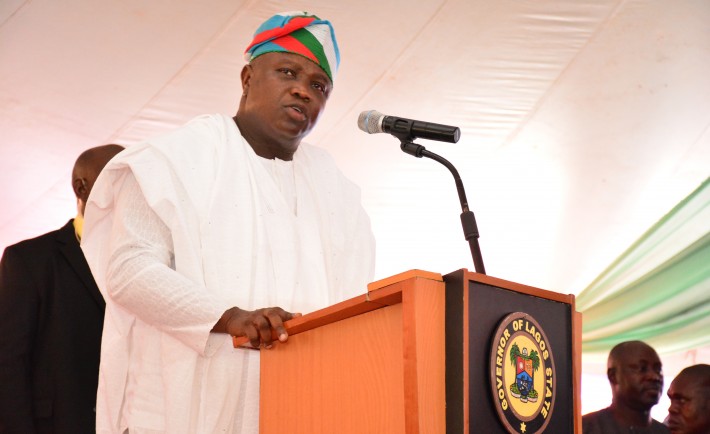 Investors have been assured that the process of doing business in Lagos State would be made easier and better.

Lagos State Governor, Mr Akinwunmi Ambode, while speaking on Sunday, assured that his administration would continue formulate policies that would support business community in the metropolis.

“We shall sustain the existing robust partnership with the private sector in the area of evolving sound policies that will stand the test of time and provide the roadmap in our journey to economic prosperity,” Mr Ambode said at the closing ceremony of the 2017 Lagos International Trade Fair.

Represented at the event held at the Tafawa Balewa Square, Lagos, by the Secretary to the State Government (SSG), Mr Tunji Bello, the Governor noted that a better ease of doing business was a necessary condition for the achievement of the goals of Lagos State to become the Third Largest Economy in Africa by 2020 and Africa’s Model Mega City by 2025.

Mr Ambode stressed that the government’s policy objectives on job/wealth creation as well as improved productivity was predicated on its ability to create and sustain a conducive business environment that will attract more private sector investments particularly in the critical and largely untapped sectors of the state’s economy.

The Governor said the essence of Trade Fair is basically to provide a platform for players\manufacturers in the real sector to network and showcase their products to the general public in one location.

He averred that new products are introduced while consumers are given the opportunity to meet one on one with manufacturers of their favourite products without traveling long distances with its associated costs.

Mr Ambode hinted that the present administration is proud to support and identify with the annual event which has continued to consolidate the status of the state as the melting point of trade and economic activities in the West Africa sub-region.

Earlier in her remarks, President of the Lagos Chamber of Commerce and Industry (LCCI), Mrs Nike Akande, expressed appreciation to the state government for transforming the state positively, adding that the state can now compete with great cities across the world.

She said LCCI in the last 30 years has consistently hosted the Lagos International Trade Fair, the biggest fair in Nigeria in order to respond to yearnings of the business world and Nigerians, noting that that the fair has attracted manufacturers locally, from China, Pakistan and India, among others.