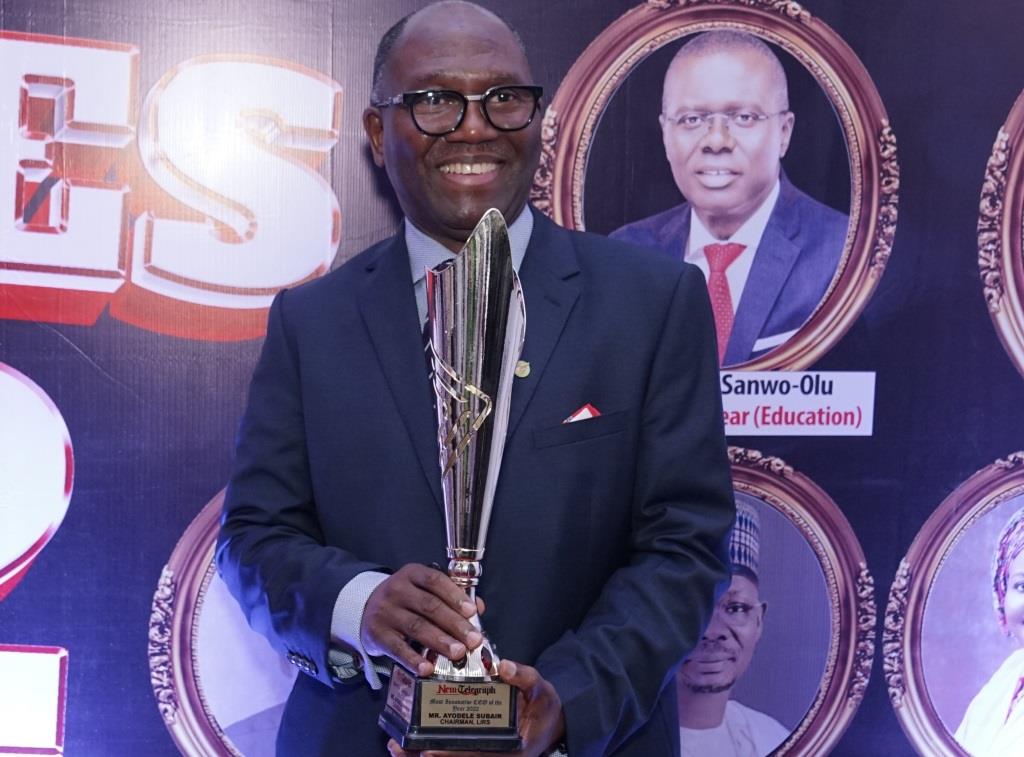 At the event, he was bestowed with the Most Innovative CEO of the Year Award by the newspaper for his giant strides at the agency since he was appointed as the head.

Mr Subair, who dedicated the award to his late father, the governor of Lagos State, the management and staff of LIRS, emphasised that the organisation would “continue to double our numbers so that we have enough funding to sustain the development of our dear state.”

He thanked the “organisers of this great award, including the publisher and management of New Telegraph,” for finding him worthy of the honour.

“I want to say thank you for recognising LIRS as being the most innovative and very strategic agency. We know we have to be on top of our game so that we can generate enough revenue for this wonderful state,” he stated.

The LIRS chief further said, “I am very happy to receive this award. It is the recognition of all the hard work we’ve been doing at the LIRS. This award encourages us to strive to improve our innovation.”

“The LIRS is hinged on technology, and anybody who wants to make any headway in tax administration has to embrace technology. So, it’s our joy that we are being duly recognized as the foremost agency in that direction,” he noted.

According to the New Telegraph Newspapers, Mr Subair was honoured for his landmark strides since he became the LIRS Executive Chairman in 2016, as he has been able to implement strategic innovations as well as double the initial revenue generation from N240 billion to N427 billion with his astute knowledge and experience in accounting and taxation.

Driving the tax revolution at the LIRS, other Mr Subair’s achievements, according to the newspaper, include the introduction of eTax in 2019, the launching of the whistleblowing initiative (2022), staff reforms and welfare upgrades (from 2017 till date), the introduction of the IBILE HUB Initiative (2021), Technology driven Operational Reforms in LIRS formed in 2022, where an Intelligent Unit- a team of undercover administration specially trained in information gathering and intelligence reports to provide information on all taxpayers in Lagos State and to ensure the agency has adequate information for appropriate profiling to expose tax defaulters.

Others are the establishment of the LIRS Service Charter (2021), the introduction of Automation of collection of consumption taxes (2017-2018), the inauguration of the Joint State Revenue Committee (JSRC) in 2021 as well as becoming the agency with the Highest Generated Revenue amid Covid-19 pandemic in 2020.

Business Post gathered that the New Telegraph Awards 2022 was attended by several dignitaries, including the Vice President, Prof. Yemi Osinbajo; the presidential flagbearer of the All Progressives Congress (APC), Mr Bola Tinubu; his PDP counterpart, Mr Atiku Abubakar; and the Governor of Lagos State, Mr Babajide Sanwo-Olu; among others.

Naira Loses N5 After Unveiling of Redesigned Notes by Buhari 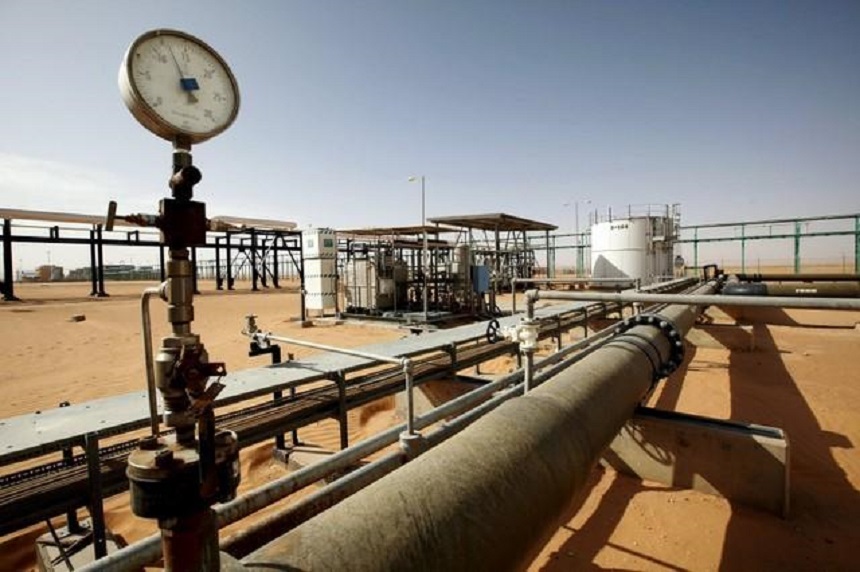 The 23 oil-producing nations under the aegis of the Organisation of the Petroleum Exporting Countries (OPEC) and its allies, OPEC+, on Sunday agreed to stay the course on output policy ahead of a pending ban from the European Union (EU) on Russian crude.

OPEC+ decided to stick to its existing policy of reducing oil production by 2 million barrels per day or about 2 per cent of world demand from November until the end of 2023.

This will come as a surprise as analysts had expected OPEC+ to consider fresh price-supporting production cuts ahead of a possible double blow to Russia’s oil revenues.

Led by Saudi Arabia and Russia, OPEC+ agreed in early October to reduce production by 2 million barrels per day from November. It came despite calls from the United States for the group to pump more to lower fuel prices and help the global economy.

Meanwhile, the EU is poised to ban all imports of Russian seaborne crude from Monday, while the US and other members of the G-7 will impose a price cap on the oil Russia sells to countries around the world.

EU governments tentatively agreed on Thursday on a $60 a barrel price cap on Russian seaborne oil with an adjustment mechanism to keep the cap at 5 per cent below the market price.

EU countries have wrangled for days over the details of the price cap, which aims to slash Russia’s income from selling oil while preventing a spike in global oil prices after an EU embargo on Russian crude takes effect on December 5.

It will allow countries to continue importing Russian crude oil using Western insurance and maritime services as long as they do not pay more per barrel than the agreed limit.

The Russian government has previously warned that any attempt to impose a price cap on Russian oil will cause more harm than good.

Ahead of the week, this may boost prices as they have fallen to below $90 a barrel from more than $120 in early June ahead of potentially disruptive sanctions on Russian oil, weakening crude demand in China and mounting fears of a recession.