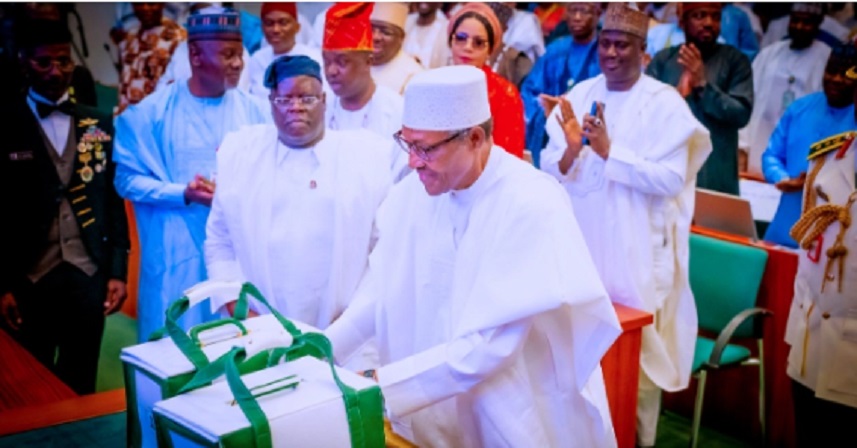 President Muhammadu Buhari on Friday presented before the two chambers of the National Assembly a record N20.51 trillion proposed budget for the 2023 financial year.

The N20.51 trillion budget, which is the highest so far in the nation’s history, is the last to be presented by the President before his tenure elapses on May 29, 2023.

Mr Buhari had been expected to present an Appropriation Bill of N19.75 trillion.

According to the President, this 8th financial blueprint of his administration is tagged the Budget of Fiscal Sustainability and Transition.

Mr Buhari while addressing members of the parliament noted that the 2023 transition budget was designed to address critical issues and lay a solid foundation for the incoming administration.

President Buhari said he believes that based on these fiscal assumptions and parameters, total federally-collectable revenue is estimated at N16.87 trillion in 2023.

This he said includes the revenues of 63 Government-Owned Enterprises.

The President also disclosed that oil revenue is projected at N1.92 trillion, non-oil taxes are estimated at N2.43 trillion, and FGN independent revenues are projected to be N2.21 trillion.

Other revenues total N762 billion, while the retained revenues of the GOEs amount to N2.42 trillion.

In his speech, Mr Buhari stressed that the 2023 Appropriation Bill aims to maintain the focus of MDAs on the revenue side of the budget and greater attention to internal revenue generation.

He said the government expects total fiscal operations to result in a deficit of N10.78 trillion, noting that it represents 4.78 per cent of estimated GDP, above the 3 per cent threshold set by the Fiscal Responsibility Act 2007.

“As envisaged by the law, we need to exceed this threshold considering the need to continue to tackle the existential security challenges facing the country,” Mr Buhari explained.