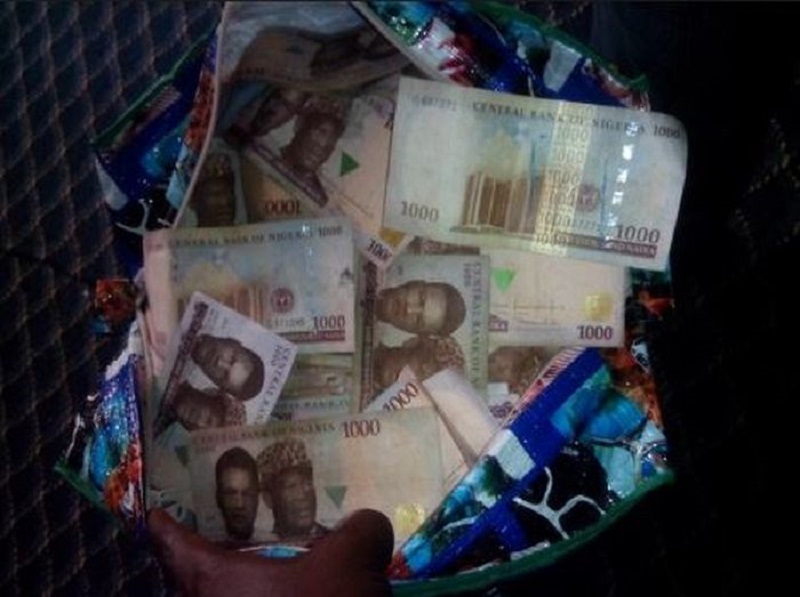 The Auditor-General for the Federation (AuGF), Mr Adolphus Aghughu, has denied media reports that the sum of N4.97 trillion was accounted for by the ministries, departments and agencies (MDAs) of the federal government.

On Wednesday, Mr Aghughu presented a report of the audit on the Federal Government of Nigeria Consolidated Financial Statements for the year ended December 31, 2019, to the clerk to the National Assembly, Mr Ojo Amos Olatunde.

While speaking at the presentation, he emphasised that “from the audit carried out on the 2019 Federal Government Consolidated Financial Statement, unsubstantiated balances amounting to N4.973 trillion were observed.”

He reminded the clerk that “On March 25 this year, Audit of Consolidated Financial Statement of the federal government for 2018 was submitted to this office for the required investigation of queries raised in it by the National Assembly. Just five months after, we are here again to make submission of the 2019 Audit Report.”

The AuGF had lamented that his office was not performing optimally due to myriad factors crippling its operations and invariably giving room for all forms of financial infractions across the various MDAs.

“One of such problems is the absence of Federal Audit Service Law, which is a big challenge as far as effective and efficient public sector auditing is concerned. This is a law that is needed as the basis of fiscal sustainability.

“Absence of it at the federal level is very worrisome going by the fact that some of the states of the federation have the required law in place,” he had said.

But apparently worried by the reaction generated by his submission, the Office of the AuFG, in a statement signed by its Head of Press, Eme Ika Ika Oqua, stressed that no money was missing as being reported.

“The Auditor-General for the Federation (AuGF), Mr Aghughu Adolphus, wishes to state unequivocally that the ‘unsubstantiated balances of N4.97 trillion’ mentioned in his address during submission of his annual report on the federal government of Nigeria consolidated financial statements for the year ended December 31, 2019, to the clerk to the National Assembly on August 18, 2021, was not misappropriation of funds as misinterpreted in certain sections of both print and electronic media.

“For the avoidance of doubt, the AuGF states the materiality was determined in the context of the likely errors and unsubstantiated balances amounting to N4.97 trillion noted in the course of the audit which was above the materiality level of N89.34 billion set for the audit, among others.

“This statement was made as one of the basis for his qualified opinion. The qualified opinion notwithstanding, the FGN Consolidated Financial Statements for the year ended December 31, 2019, was true and fair.

“The general public should be guided by the above clarifications as no money is missing from the federation account of the federal republic of Nigeria,” the statement clarified.