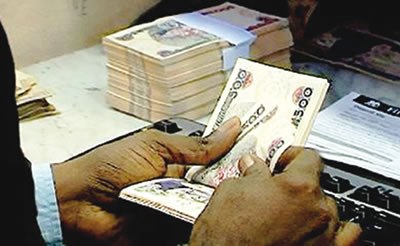 The free fall of the Nigerian currency continued on Friday afternoon at the parallel market with the Naira trading at N465 to the Dollar.

The Naira had opened today at N458 per Dollar, but hours later, it crashed by N7 to settle for N465 per Dollar.

It was the same story with the Pound Sterling and Euro.

While the Naira, on Friday afternoon, exchanged at N542 to the Pound Sterling, it traded at N480 per Euro at the parallel market.

Both currencies had opened on Friday morning at N540 and N475 to the Pound Sterling and Euro respectively.

But at the interbank segment of the foreign exchange market, the Naira gained 25k against the Dollar to exchange at N305.25k.

Nigeria’s Inflation to Drop to 16.95% in February—FSDH

Oil prices were mixed on Tuesday despite drawing support from a weakening US Dollar, with Brent futures contract down by 37 cents to $84.53 per barrel and the US West Texas Intermediate (WTI) crude up by 92 cents or 1.2 per cent to $78.82 a barrel.

The US Dollar index turned negative after data showed labour costs increased at their slowest pace in a year in the fourth quarter. This occurred as wage growth slowed, bolstering expectations of the US Federal Reserve slowing its interest rate increases.

Investors expect the Fed to raise rates by 25 basis points on Wednesday, with increases of half a percentage point by the Bank of England and European Central Bank the following day.

The rate increase expected at the Federal Open Market Committee’s January 31- February 1 meeting would bring the policy rate to the 4.5 per cent – 4.75 per cent range; that’s two quarter-point rate hikes short of the level most Fed policymakers in December thought would be sufficiently restrictive to bring inflation under control.

Economists at UBS expect the US Dollar to travel along a weaker path, with limited and short-lived bouts of strength.

“The Fed is getting closer to the end of its rate-hiking cycle. With markets growing comfortable with a terminal fed funds rate close to or at 5 per cent, and US inflation likely to quickly roll over in the first half of this year, downward pressure on the USD should continue to mount,” they said in a note.

The Organisation of the Petroleum Exporting Countries (OPEC) panel will likely recommend keeping the group’s output policy unchanged when it meets at 2 pm (Nigerian time) on Wednesday.

Meanwhile, a Reuters survey showed 49 economists and analysts expect Brent crude to average more than $90 a barrel this year, the first upward revision since October, with gains likely driven by demand from the world’s second top consumer, China. 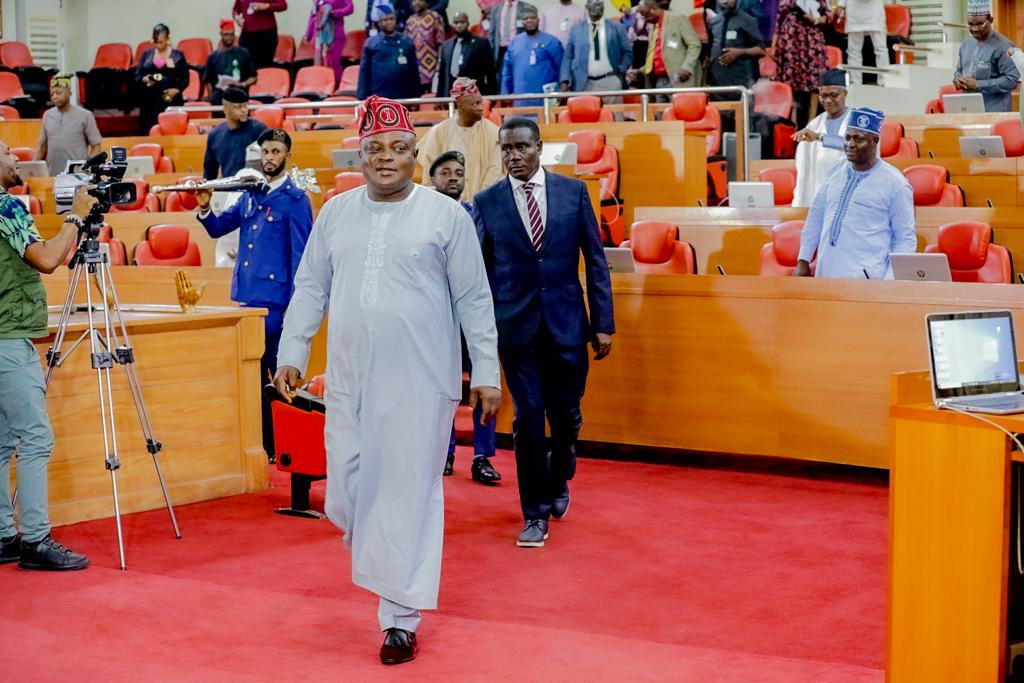 The Lagos State House of Assembly has accused the Central Bank of Nigeria (CBN) of compounding the woes of Nigerians through the Naira redesign policy, which it said has also put the economy in danger.

Speaking through its Speaker, Mr Mudashiru Obasa, the Lagos Assembly commended the National Assembly for putting pressure on the Governor of the CBN, Mr Godwin Emefiele, to ensure that Nigerians would still be able to take their old currency notes to the banks after the current deadline of February 10, 2023.

At the plenary on Tuesday, legislators in the state parliament noted that even though the policy was a good one, its timing was wrong as it had further thrown the country into economic chaos, which could become difficult to resolve if urgent steps are not taken.

Mr Obasa noted that the concern of the lawmakers had to do with the pains, anguish and anger spreading among Nigerians over their inability to access the new currency.

“Economists have said most times you cannot use new currency to control inflation, it doesn’t achieve the purpose most times,” Mr Obasa said, adding that the intention of the policy, as claimed by CBN, had been defeated owing to the various complaints from experts and people across the country.

The Speaker said the CBN should have engaged stakeholders while citizens should have been adequately carried along rather than an ‘overnight’ policy by the apex bank.

“There are people in the rural areas. It is obvious that the additional 10 days are not even going to be enough.

“The idea is a good one, but the way it is being implemented will have an adverse effect on the people.

“We need to commend the National Assembly for showing quality representation and prompt action to intervene for an extension of the deadline,” he noted.

The Speaker said that in other countries, old currencies are not discarded in a rush but allowed to fade out of the system gradually.

Mr Rotimi Olowo, the lawmaker representing Somolu Constituency 1, who moved the motion, sought an extension of the deadline till July 2023 in line with the resolution of the National Assembly while noting the suffering the policy had brought on Nigerians.

He complained about the unavailability of the new notes and the effect on the people, including small business owners and those in rural areas.

Contributing to the motion, the chairman of the House Committee on Public Account, Mr Saka Solaja, argued that financial policies are not implemented the way the CBN had gone about the Naira redesign.

“We see videos of people beating themselves mercilessly at ATMs, yet there is no money,” he lamented while supporting the call for an extension of the deadline by the CBN.

On his part, Mr Richard Kasunmu argued that the timing of the policy was not right, especially as the country was still grappling with challenges of effective internet connectivity.

He recalled how he spent five hours a day earlier trying to make an electronic transfer of N55,000 to resolve an emergency situation.

“We should be looking at the larger Nigerian people. If we want to survive the Nigerian economy, this should not be a good time for such policy,” he said.

On his part, Mr Victor Akande stressed that Mr Emefiele breached a part of the CBN Act concerning the policy, while his colleague, Mr Setonji David, noted that, “All over the world, CBN governors are economists, not bankers like Emefiele.

“Our people are suffering, and the money can’t be found at the ATMs. If you go to the ATMs, you would see how people are struggling,” he lamented.