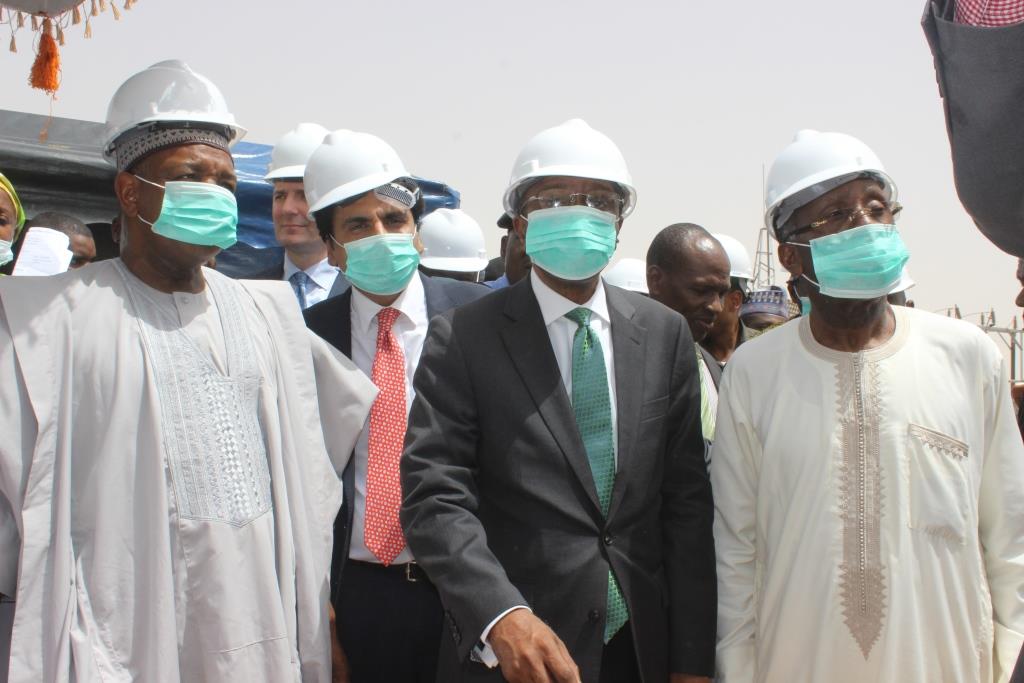 No fewer than 50,000 farmers will have ready market for their produce courtesy the newly built rice processing mill with 120,000 metric tonnes capacity in Argungu, Kebbi State by WACOT Rice Limited, a member of the TGI Group.

The rice processing plant, located along the Argungu-Sokoto road, is the first rice mill to be conceptualized, executed and to be commissioned during the administration of President Muhammadu Buhari.

The rice mill is part of WACOT’s expansion plan, which targets a capacity increase with additional rice plants to overall 500,000 metric tonnes in the next years.

During a pre-commissioning visit to the establishment on Thursday, Governor of Kebbi State, Mr Abubakar Atiku Bagudu; Minister of Agriculture and Rural Development, Mr Audu Ogbeh; and the Governor of the Central Bank of Nigeria (CBN), Mr Godwin Emefiele, commended the Board and Management of WACOT Rice Limited for keying into the ‘self-sufficiency in rice production’ goal of the federal government.

While conducting the special visitors round the N10 billion state of the art mill, the Group Managing Director of TGI Group, Mr Rahul Savara, noted that the factory will produce top quality rice, and that it will generate direct and indirect employment for 3,500 people.

Mr Savara further revealed that the Mill is “the first rice plant in Nigeria with captive power co-generation facility and that it will generate one MW electricity from rice husks, thereby ensuring that all by-products and waste products are fully consumed and the environment is protected.

While commending the management of WACOT for locating the mill in his State and for completing it within a short period, the visibly elated Governor Bagudu said, “what WACOT has done shows thatNigeria has friends and a friend in need is a friend indeed”, adding, WACOT is investing in Kebbi because we have created the enabling environment for business to thrive”.

The Governor also declared that once the WACOT Mill starts full operation, a large part of the rice cultivated in the State will be processed within the state, instead of being taken elsewhere for milling. He also used the opportunity to reiterate the fact that Kebbi state is endowed with massive arable land, fit for production of rice, wheat, maize, sorghum, groundnut etc.

Also, speaking during the visit, Chief Ogbeh stated that the Federal Government will continue to encourage and support organisations such as WACOT, in its efforts to enhance and stabilise food production in the country. He commended WACOT for having faith in Kebbi State and Nigeria

While applauding the focus of the Kebbi State government on Agriculture, the Minister said that it is anticipated that more state governments will embrace this laudable path, in order to promote food sufficiency and economic development in the country. He added that for the country to have lasting security, there must be concerted effort by all tiers of government to tackle the twin issues of food security and unemployment, as youth unemployment could be a time bomb for the country.

The Minister concluded by saying that “a time is coming when the most important person in Kebbi State will not be a politician but a farmer”.

On his part, the CBN governor, Godwin Emefiele lauded WACOT Limited for the feat, adding that the mill will save the country substantial amount of foreign exchange that would have gone into rice importation. He also assured the farmers that government will continue to do everything to ensure that their products are sold.

Related Topics:WACOT Rice Mill
Up Next