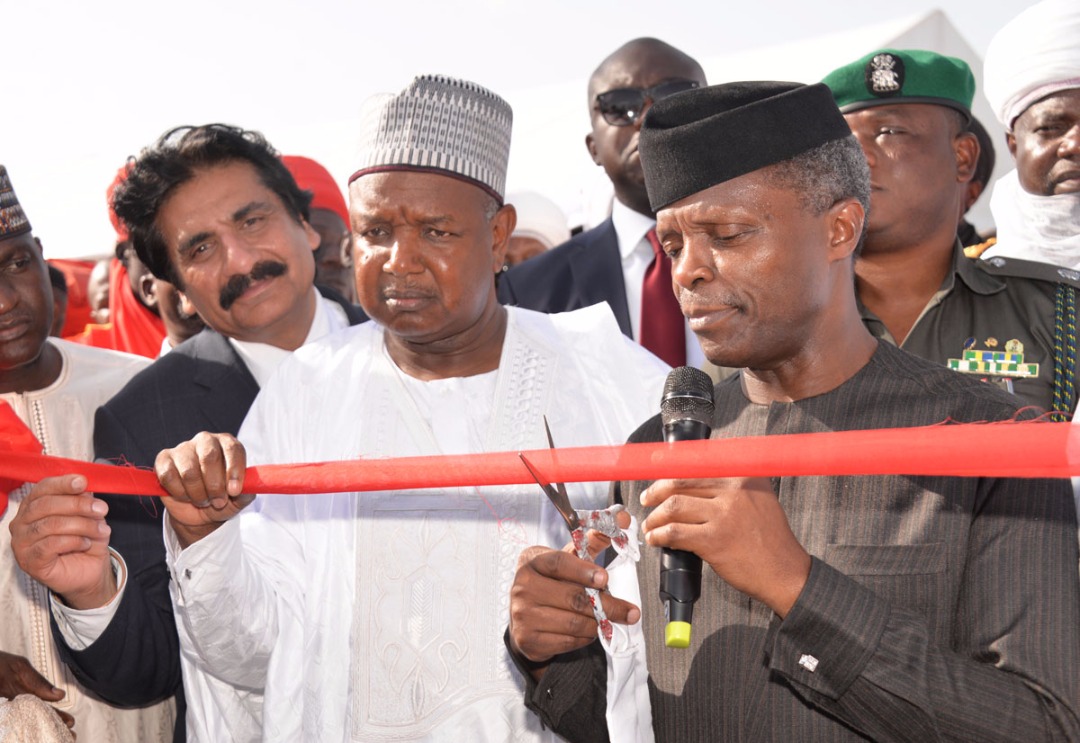 Mr Osinbajo made this disclosure on Tuesday at the commissioning of the N10 billion WACOT Rice Mill in Kebbi State.

The Acting President noted that government will work closely with the private sector to bring development to the country and as well give them the necessary incentives and creating an enabling environment for them to invest and do business.

He commended the TGI Group for supporting and investing in the food security vision of the Federal Government,

“This mill is important for several reasons. It underscores the policies of the Federal Government that it is the private sector that must be the engine of development.

“We have seen a lot of jobless growth in some sector of the economy with a lot of revenue coming in but with very few jobs.

“With this rice mill, several thousands of our farmers have been engaged in farming, this is a growth with job and the Group Managing Director has assured that in a couple of years, they expect to have engaged 50,000 more farmers. This is the kind of private sector led growth that we want to see,” the Acting President said at the commissioning.

In his remarks, Group Managing Director of TGI Group, the parent company of WACOT Rice Limited, Mr Rahul Savara, explained that, “This state-of-the-art rice mill, with a capital outlay of over N10 billion capable of processing over 120,000 metric tonnes of paddy per annum, will create over 3,500 direct and indirect jobs.

“Your Excellencies, WACOT participates in the entire rice value chain, from seed multiplication and improving farming practices – to processing, branding and distribution. As we increase capacity, we will be off taking paddy from over 50,000 rice farmers.”

The 120,000 metric tonnes rice mill, according to Mr Savara, is part of WACOT’s expansion plan, which targets an increase in its rice milling capacity to 500,000 metric tons in the next few years.

He applauded the Federal Government for its various initiatives in support of agriculture through the Central Bank of Nigeria (CBN) and other mediums, which are making the vision of ‘ease of doing business’ for the private sector possible.