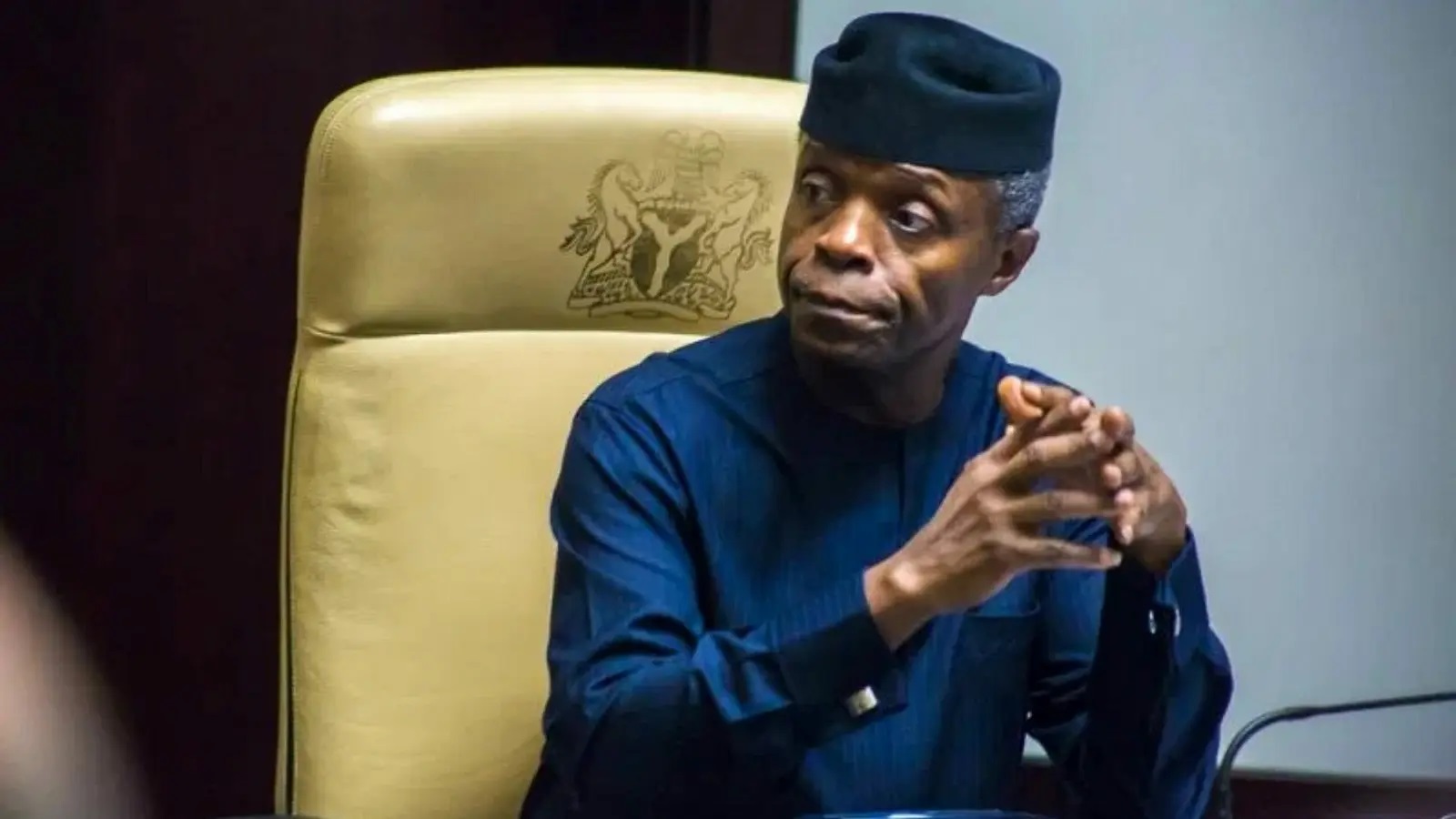 Vice President Yemi Osinbajo has said that a more market-driven approach would be best for the country’s exchange rate management as it would boost confidence and inwards flows.

Mr Osinbajo made this submission in his presentation at the 3rd Ministerial Performance Review Retreat for Ministers, Permanent Secretaries, and top Government Functionaries at the State House Banquet Hall, Abuja, which started on Monday.

The VP, while giving his presentation, The President Muhammadu Buhari Administration: Reflections on the Journey So Far, said that there must be a synergy between fiscal and monetary policy.

“The failure of that synergy has led to unnecessary drawbacks in our economic performance and planning.

“What imports are eligible for foreign exchange must agree with the fiscal ambitions for manufacturing and industry.

“On one hand, we have tried demand management and rationing, which has not really worked because fixing the price while the parallel market reveals a massive arbitrage merely creates the opportunity for massive rents,” Mr Osinbajo said.

He noted hat such demand management and rationing would also compound the backlog of remittances for foreign businesses who wanted to repatriate their legitimate earnings.

According to the vice president, the imperative discussion is how best to manage the situation by finding a mechanism for increasing supply and moderating demand which will be transparent and boost confidence.

“I think a more market-driven approach will be best; some price discovery within the context of a managed float is certainly required.

“While they may not have been perfect, it would appear as if the rules were clear and there was relative stability.

“When people know how to access foreign exchange competitively, this will boost confidence and inward flows will increase,” he submitted.

The vice president said the focus must be on value addition and productivity in our economy, adding that the ideas were well articulated in the Medium Term Economic Plan 2021-2025–the importance of loosening generalised restrictions on trade.

Mr Osinbajo said that blanket import restrictions dampened economic activity because many items that might be needed in the manufacturing process might be affected with a consequent negative impact on value addition in the economy.

“Importation itself is not the problem; it is what you import and what you do with it; it is a value-added that matters.

“This is how jobs and wealth are created; many countries of the world that manufacture are huge importers, and they import far more than Nigeria.

“It only grows two per cent of its annual cotton requirement; in 2019, Bangladesh imported $11.8 billion worth of textiles and apparel while it exported $37.94 billion worth of garments in the same year,” he said.