By Modupe Gbadeyanka on November 7, 2017

A total of N199.4 billion was generated from the solid minerals industry by the Federal Government from 2007 to 2014.

This information was made known by the Nigeria Extractive Industries Transparency Initiative (NEITI) in its report published on its website.

The agency saddled with the responsibility of ensuring transparency and accountability in the country’s extractive industries stated that a bulk of the amount was earned in 2014.

The mining industry in Nigeria has remained largely untapped due to over reliance on crude oil, but the present administration has been working hard to change the tide by exploring other sectors of the economy. 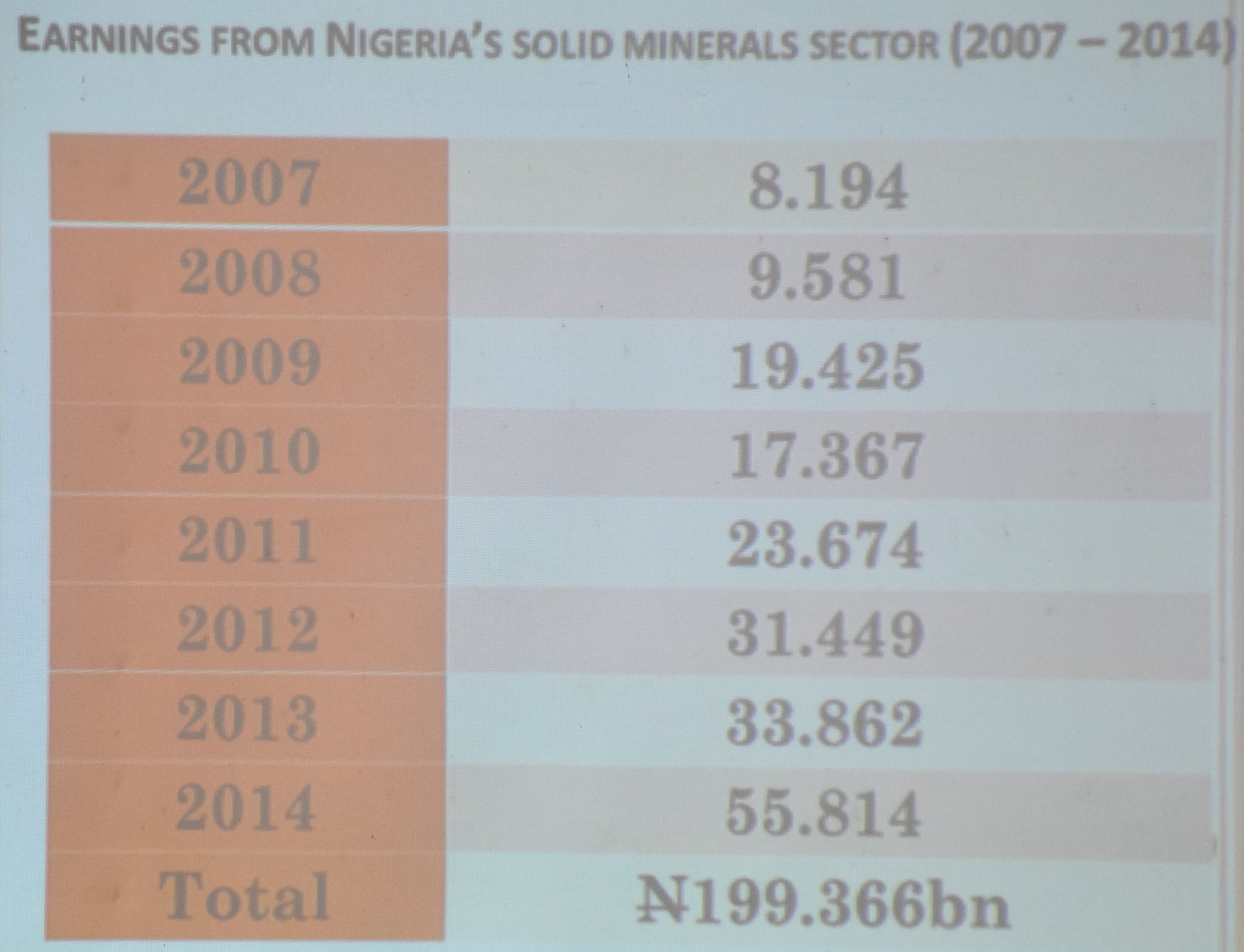