Data released by the Debt Management Office (DMO) has revealed that as at December 31, 2017, the total domestic debts of the 36 states in Nigeria and the Federal Capital Territory (FCT) Abuja have increased to N3.35 trillion.

According to the data obtained by Business Post from the website of the debt office, the debts rose sharply by 13.2 percent from N2.96 trillion as at December 31, 2016

A breakdown of the figures released by the DMO showed that Lagos emerged as the most indebted state in Nigeria with N363.3 billion as at December last year in contrast to N311.8 billion it was in 2016, representing a 16.5 percent rise.

However, the least indebted state in Nigeria is Anambra with a total of N2.6 billion.

View the domestic debt profile of the states in the picture below. 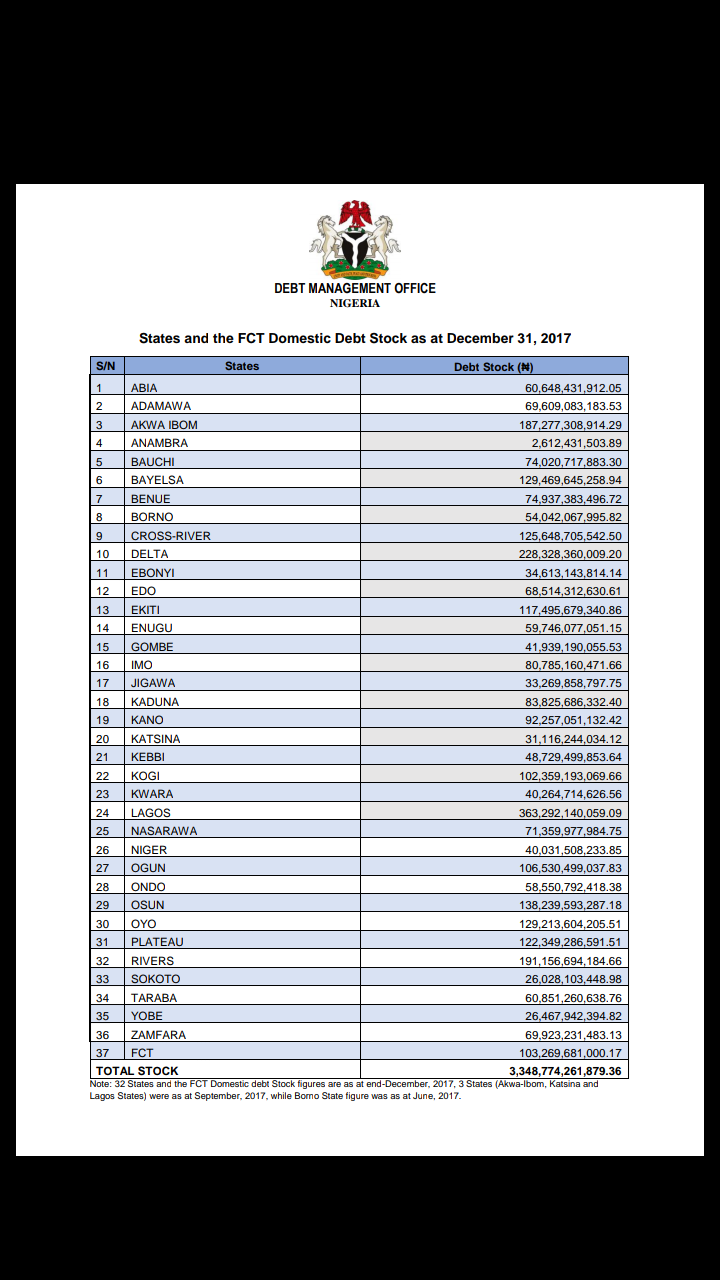 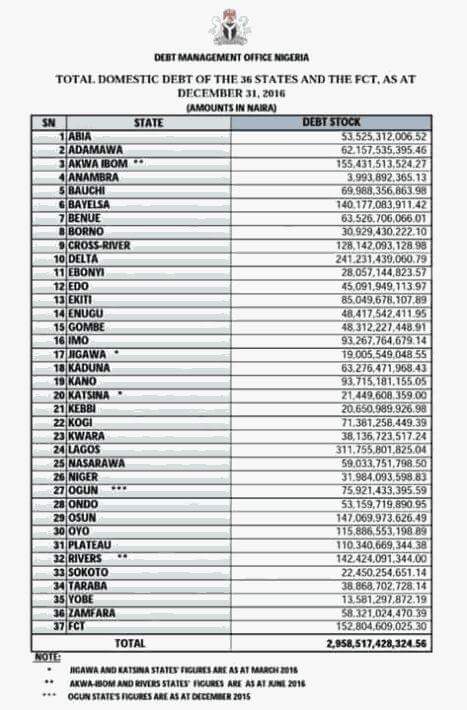