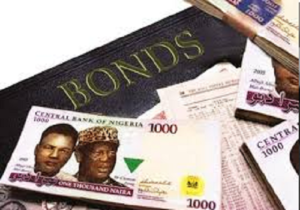 Nigeria’s generic Government bond, the 10 Year yield (measured by the FGN_12.50 22-JAN-2026) hit a new high on January 19 as it settled at 16.97 percent sending bond prices tumbling across maturities.

Rates across maturities have been exploding slowly over the last few days but the climax seems to have come on January 19 following the latest bond auction where the Debt Management Office (DMO) sold bonds of different maturities at significantly higher marginal rates than previously.

The spike in yield is not surprising given the slow economic growth, increased government borrowing and persistently high and increasing rate of inflation that has come to characterize Africa’s largest economy.

Just very recently, the minister of finance opined that “we have no choice than to borrow $30b). With high interest rate and high inflation, the Naira can only fall further to compensate for those economic ills, thanks to “professor” Fisher and his Fisher effect as well as Gustav Cassel’s Purchasing Power Parity.

It is quite concerning, however, that while some countries are experiencing negative yields, yield in Nigeria is heading for the sky.

For a country that is dependent on debt, the attendant increase in borrowing costs will further exacerbate the current economic woes of the country. Pray for Nigeria.