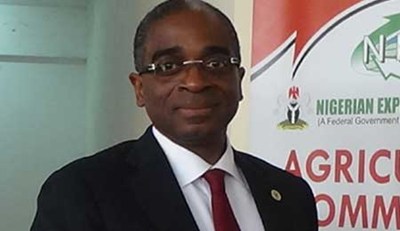 Mr Awolowo described this as a “major milestone” for global multilateral trade, expressing optimism that “Nigeria would go ahead to domesticate and implement the agreement to the letter.”

The NEPC boss made these remarks at his office in Abuja, saying further that, “We expect remarkable outcomes for international trade through TFA, which aims to expedite the movement, release and clearance of goods including goods in transit.”

According to him, this is particularly gratifying as Nigeria submitted its ratification earlier in January through the Minister of Industry, Trade and Investment, Mr Okechukwu Enelamah.

He said the agreement will reduce bureaucracy at the borders for faster, cheaper and easier trade and is expected to increase trade and investment.

Mr Awolowo said further that the agreement promotes trade by establishing harmonized rules to further expedite the movement, release and clearance of goods crossing borders, including goods in transit.

With this in place, Mr Awolowo said there would be opportunities especially for SMEs to engage in formal export of goods, which have so far, been informally traded across borders. ]

He pointed out that with TFA, a larger number of exporters to partake in global value chains, thereby enabling all businesses to tap into the huge potentials of trade.

According to him, of particular importance for non-oil export is the commitment to accept electronic documentation (SW), test procedures and method of handling perishable/rejected goods. For Nigeria, the much-advocated National Single Window (NSW) initiative would bring about faster services at the borders for both imports and exports. It will also ensure correct revenue collection and create room for transparency in governance, better public service and modernization through e-legislation, thus creating a win-win situation for both government and business.

He promised that his agency will continue to support and work closely with the relevant government agencies, private sector and international organizations to ensure full implementation of the agreement.

Related Topics:NEPCsegun awolowo
Up Next