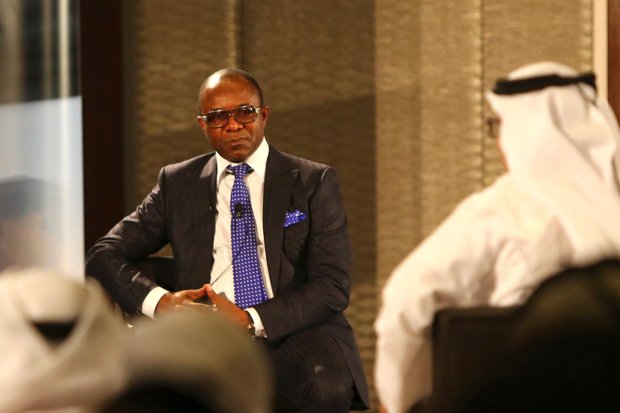 Minister of State for Petroleum, Mr Ibe Kachikwu, has disclosed that the control of refineries across the country would still be under the state-owned oil firm, the Nigerian National Petroleum Corporation (NNPC), even after having private investors to revamp them.

But Mr Kachikwu said at the moment, none of the refineries has its ownership transferred to a new owner.

However, he confirmed that the government was trying to emplace a funding mechanism to revamp the refineries for them to compete effectively.

Mr Kachikwu made these assertions when he represented President Muhammadu Buhari at the 5th Triennial National Delegates’ Conference of Petroleum and Natural Gas Senior Staff Association of Nigeria (PENGASSAN) in Abuja on Wednesday.

The 5th Triennial National Delegates’ Conference of the association had the theme ‘Emerging Trends in the Oil and Gas Industry and its impacts on Labour Movement in Nigeria.’

He praised the association for its role in the oil and gas industry in Nigeria, saying, “No one can forget your resilience and support which enabled the restoration of normalcy to the downstream sector in 2016.

“We can also not forget your solidarity and cooperation in achieving the giant stride of emplacing the new Joint Venture cash call framework and indeed your sacrifice in many other ways including the NNPC reforms.”

The Minister said the oil and gas industry was being challenged from shale oil, low oil price environment, alternative energy sources, new frontiers and militancy in the Niger Delta.

According to him, the global impact of shale gas on the natural gas industry was imminent with the energy policy shift in the United States and commercial quantities discovery in China, Australia and North Africa regions.

“Closer home, new exploration plays have been and will continue to be discovered in neighbouring West African countries and East Africa, with many producing countries already reviewing their fiscal terms to capture profits and increase government take,” he said.

He admonished that the Federal government and PENGASSAN must work together to overcome militancy, change status quo and policies to meet the changing dynamics of the times in the Oil and Gas Industry.

In his contribution as Guest speaker at the event, NNPC Group Managing Director, Dr Maikanti Baru, said despite the low oil prices and decreasing reserves, the NNPC was ready to work with the union to ensure efficiency and create an enabling environment for the Oil and Gas industry in the country.

Dr Baru noted that the NNPC management sees the unions as partners in progress and urged them to sustain the cordial industry harmony to help the country get out of the current challenges.

The GMD stated that in the last few months, the corporation has stabilized and ensured steady supply of petroleum products and executed the revamp of Mosimi, Ejigbo and Kano depots.

Speaking at the occasion, PENGASSAN President, Comrade Francis Olabode Johnson, looked back at the last three years that he had led the association, saying the period had been challenging due to global industry developments, adding that despite the impediments, the Union had forged ahead to achieve a lot for the benefit of its members and the nation.

He listed safe guard of members’ jobs, building a cohesive Association, contribution to events that led to the JV Cash Call Exit, among others, as the major achievement of the Union under his leadership.

Mr Johnson called on the Federal Government to ensure stable power supply in the country as a way of transforming the nation’s economy.