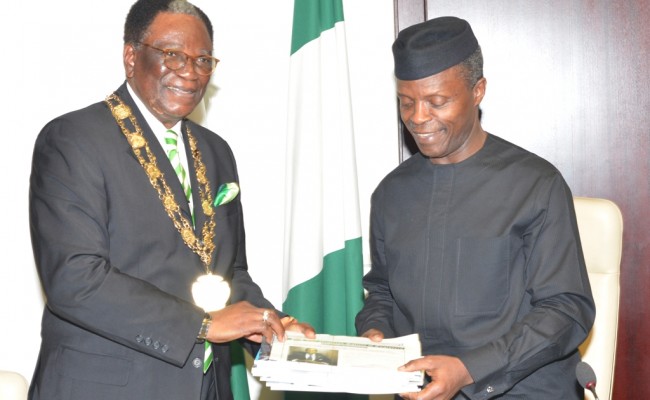 The Nigerian Society of Engineers (NSE) has added its voice to those calling for the sale of national assets in the country to private investors.

However, the NSE wants the Federal Government to only sell non-performing oil assets so as to raise money to reflate the economy.

Since chairman of Dangote Groups, Mr Aliko Dangote, made the call of sale of assets some weeks back, there have been mixed opinions on the issue. While some back the call, others have vehemently rejected it.

But the NSE says there was no need for the government to continue to keep national assets that are lying fallow; especially at a point the country is battling with recession and needs money to finance infrastructural projects in the country.

President of the society, Mr Otis Anyaeji, told newsmen in Abuja on Thursday that there was an urgent need for the National Assembly to pass the controversial Petroleum Industry Bill (PIB) into law to strengthen regulations for the sector and check restiveness in the Niger Delta region.

“The status of our nation is not ripe enough to ‘sell’ our performing oil and gas assets. The non-performing petroleum assets, the refineries and their captive petrochemicals plants, can be put forward for sales after sound professional revaluations,” he suggested.

Mr Anyaeji said further that, “It needs to be realized that the country in fact ‘sold’ out partly with JOAs and succeeding agreements.

“The invitation to exploit national resources should be as a contractor working for the asset owner – in this case Nigeria represented by the Nigerian Government. Such a contract, ordinarily, should be only a relatively small fraction of the value of the asset.”

According to him, “Nigeria gave free hands to the ‘contractors’ and efforts to hold back a reasonable percentage in the JOAs with the introduction of the Petroleum Industry Bill have been resisted by vested interests.

“The National Assembly should as soon as practicable pass the PIB and remit to Mr President for assent.

The NSE appealed to the government to urgently find a solution to the continual unrest in the Niger Delta which has resulted in the incessant blow-up of pipelines.

It also said government must adopt the NLNG business model for the non-performing state owned enterprises. Non performing privatised enterprises should be repossessed and reprivatised.