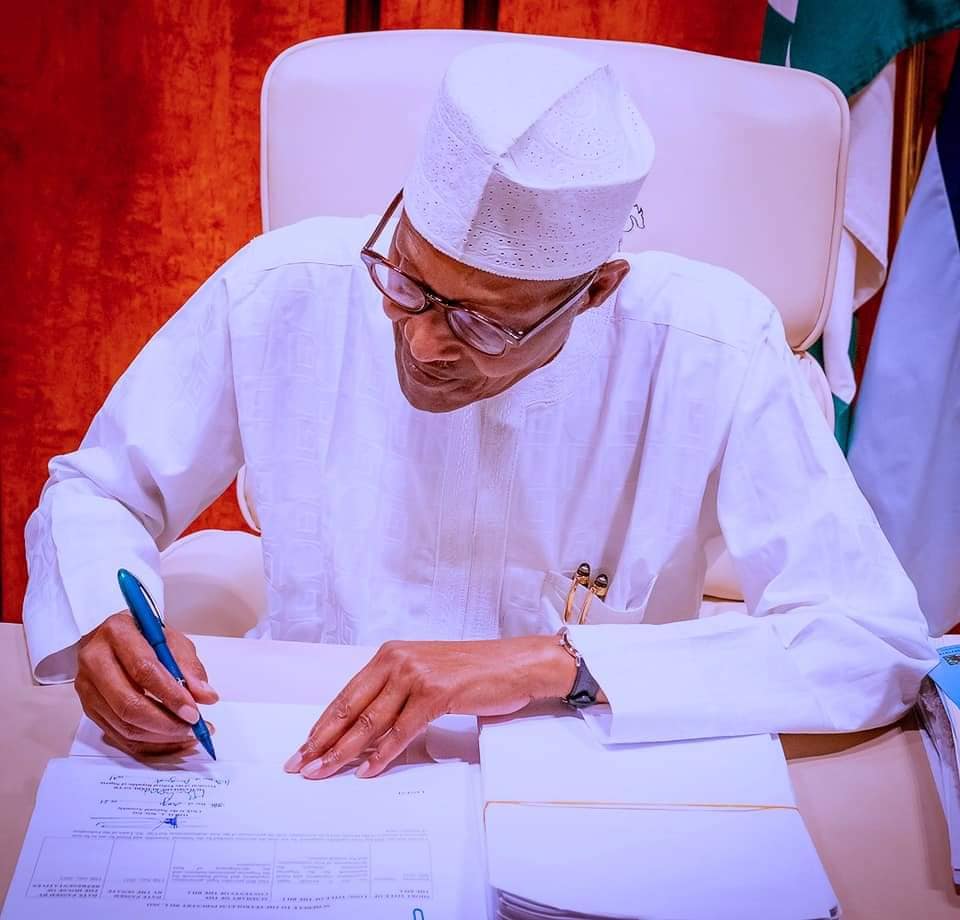 This was disclosed by the presidential spokesperson, Mr Femi Adesina, in a statement issued in Abuja today.

He stated further that the President gave his assent to the keenly contested bill on Monday as part of efforts to fulfil his constitutional duty.

The legislation has now become law after more than 20 years in the pipeline.

Mr Buhari, in 2018, refused to sign a version passed by the National Assembly under Mr Bukola Saraki as the Senate President and Mr Yakubu Dogara as the Speaker of the House of Representatives.

The eighth parliament had passed a harmonised version of the bill — the petroleum industry governance bill (PIGB) but Mr Buhari declined his assent, giving legal and constitutional reasons for his action.

The new bill, which was finally passed last month, was sent to the legislative arm of government by the executive and it contains 5 chapters, including governance and institutions, administration, host communities development, petroleum industry fiscal framework and miscellaneous provisions in 319 clauses and 8 schedules

Mr Adesina, in his statement today, also noted that Mr Buhari was working from home in line with the five days’ quarantine as required by the presidential steering committee on COVID-19 after returning from London on August 13.

However, he disclosed that, “The ceremonial part of the new legislation will be done on Wednesday, after the days of mandatory isolation would have been fulfilled.”

The Petroleum Industry Act provides a legal, governance, regulatory and fiscal framework for the Nigerian petroleum industry, the development of host communities, and related matters.

Business Post had reported that the National Assembly passed the bill one month ago (July 16) but there was a rift among lawmakers as provisions gave less than 5 per cent to host communities.

SEC Blames Investors for Rise in Unclaimed Dividends to N170bn