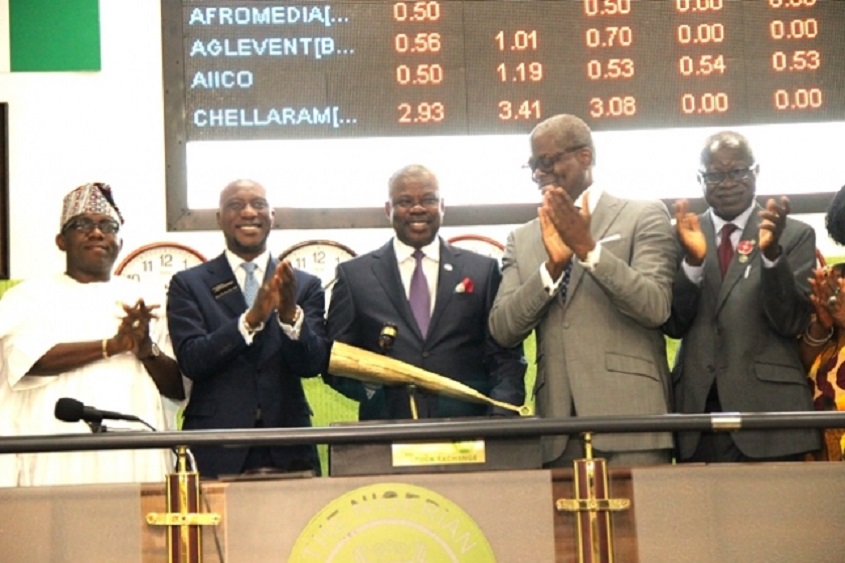 Governor Ibikunle Amosun of Ogun State has disclosed that his administration plans to approach the Nigerian capital market to raise funds to put up some capital projects in the state.

Speaking during a visit to the Nigerian Stock Exchange (NSE) last Thursday, Mr Amosun stated that this would be done through the issuance of bonds.

However, the Governor did not reveal how much would be raised through the exercise.

Governor Amosun explained that the improved financial position of Ogun State and key policies implemented by his government has put the state in a better position to access funds from the capital market.

According to him, when he assumed office in 2011, Ogun State was raking N700 million monthly from Internally Generated Revenue (IGR), but now, the state earns between N6 billion and N7 billion monthly as IGR.

“It is now I know the state can fulfill the obligation of raising bond. We need long term funds to develop infrastructure and we know you are the one to help us, I know when we come, you will help us,” Mr Amosun, who was accompanied to the NSE by Speaker of the Ogun State House of Assembly, Mr Suraj Adekunbi, stated.

“There are some responsibilities that go with coming to borrow money, so when you are in position not to fulfil those obligations, there is a crisis.

“We have taken time to address certain things, because need to operate from a position of strength before we begin to say we are coming to the market,” he added.

Speaking on why he was planning to borrow when his administration was just over a year to end, Mr Amosun said government was a continuum and that the past six years have been spent on improving the fundamentals of state.

These factors, he stressed, would determine how much Ogun State can borrow from the market, at what rate and how it would be receive whether the offer would be successful at all.

In his remarks, Chief Executive Officer of the NSE, Mr Oscar Onyema, disclosed that the stock market regulator was looking forward to collaborating with the state on many fronts.

After talks with the NSE management, the Governor was given the honour to beat the closing gong of the market.