The Nigeria Customs Service (NCS) of Area ll Command, Onne Port, has disclosed that its revenue generation grew by 69.4 per cent as a total of N38.9 billion was collected in the first quarter of 2021.

According to the agency, all monthly collections for this year have so far surpassed those of the first three months of 2020 with remarkable differences from which hovered at slightly above N7 billion monthly.

A month by month breakdown of the seizures indicated that four seizures were made in January which includes 3 containers and 2 suspects with duty paid value of N85,987,936.05.

On export, the command processed 207,749.614 metric tonnes of cargoes with a free on board value of $70,838,025.68 comprising cashew nuts, ginger, hibiscus flower, sesame seeds, zircon sand, palm kernel, tiger nuts and many more.

Mr Mohammed, under whose watch the command has recorded its highest monthly revenue collection of N13 billion in the 38-year-old history of the command, also urged officers to avoid being complacent and keep doing more to improve on the national economy, security and trade facilitation.

He said: “We are doing well but I believe there are rooms for improvement in revenue collection, anti-smuggling, trade facilitation and robust stakeholders’ engagements.

“Every likely or identified area of government revenue leakages should be blocked for us to sustain the tempo of maximum collections. We owe Nigeria a duty to make the smuggling of prohibited items impossible through this command.

“Our ability to detect attempts at duty evasion and issuing demand notices to collect complete revenue from importers and their agents will be improved upon relying on technology and hands-on experience.

“While we await the deployment of scanners to aid our job, the due diligence employed in physical examinations to achieve outstanding results will be sustained and improved upon

“I hereby urge importers, exporters, licensed customs agents and freight forwarders interfacing with customs in Onne Port to see compliance as a key to unlock the many benefits derivable from their trade, investments and professions,” he said.

He also urged officers and men in the area to be unrelenting and uncompromising in the collection of revenue and implementation of government’s directives as they pertain to trade.

Related Topics:Onne Customs
Up Next 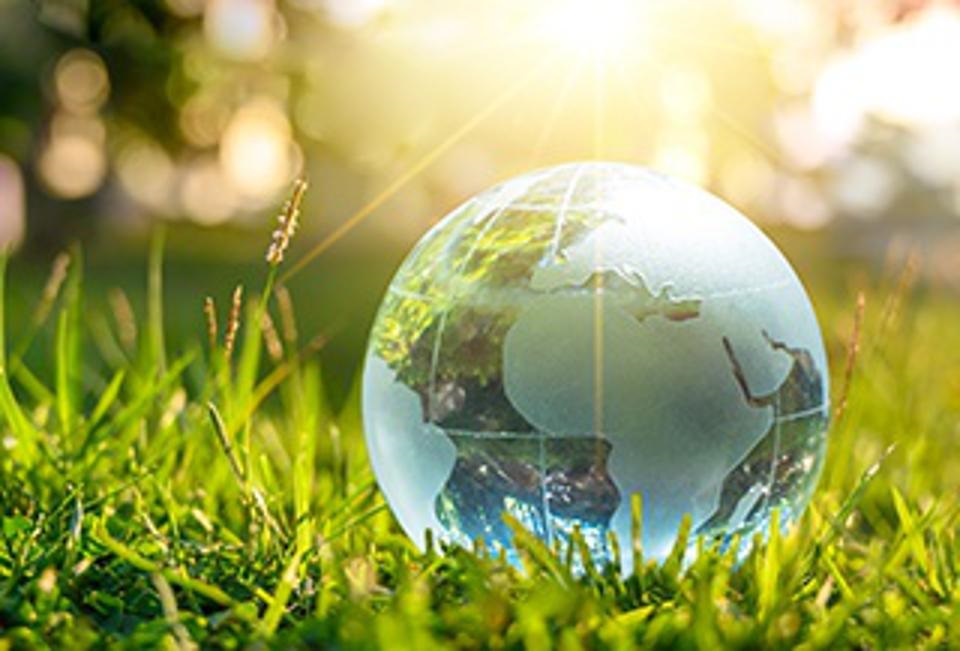 The Nigerian Exchange Regulation (NGX RegCo) is working closely with its sister organisation, the NGX Limited, to design a dedicated set of Climate Disclosure Guidelines that will address climate change-related issues and serve as a complementary set of procedures to the NGX Sustainability Disclosure Guidelines.

At the event themed Recent Developments in the Business Law Environment, she said the rules, which will be developed in line with the Task Force on Climate-related Financial Disclosures (TCFD) recommendations, are currently in their formative stage, adding that the zero drafts would be published in a few months and public consultations for feedback to follow afterwards.

The capital market expert, who was speaking on ESG and the Nigerian Business Environment during a panel discussion, used the occasion to appeal to the public and private stakeholders to urgently prioritise the implementation of key national and global Environmental, Social, and Governance (ESG) related regulations.

According to her, prioritising the implementation of key national and global ESG-related regulations will improve Nigeria’s ESG performance and reputation on the global stage and guarantee its contribution to the global development agenda such as the United Nations Sustainable Development Goals (SDGs) and the Paris Agreement.

“The rapidly evolving global ESG landscape requires a deliberate partnership between all Nigerian public and private sector stakeholders who must embrace their responsibility to help create a sustainable future by being transparent in their approach to addressing ESG-related risks and opportunities, and their contribution towards sustainable development,” she added.

“These initiatives would ensure private and public sector companies become cognizant of global trends on climate-related reporting in line with leading guidance frameworks such as the TCFD recommendations as well as the International Sustainability Standards Board (ISSB) which has recently developed a comprehensive set of guidelines on general sustainability and climate-related disclosures to improve the availability of standardized, decision-useful non-financial data for the investment decision-making process,” she stated.

Concerning NGX RegCo’s contribution to the development and implementation of ESG regulation in Nigeria, she cited the 2019 NGX Sustainability Disclosure Guidelines which provide issuers with a step-by-step approach to integrating sustainability in their organisational activities and operations.

“These guidelines also provide guidance on best practice sustainability reporting that comply with global standards including the Global Reporting Initiative (GRI),” Ms Awe said, noting that “NGX RegCo also played a leading role in developing the regulation for the development of Nigeria’s green bond market and other sustainable financial products that address environmental and social challenges affecting Nigeria along with the Federal Ministry of Environment, NGX Limited and other industry stakeholders.

“This was done in recognition of the climate finance needs particularly in Nigeria, and the urgent action required to combat climate change as enshrined in the Paris Agreement on Climate Change, and the efforts culminated in the issuance of the maiden N10.69 billion ($25.8 million) 13.48% 5-year green bond in 2017.”

How to Keep Your Business Running After Working Hours 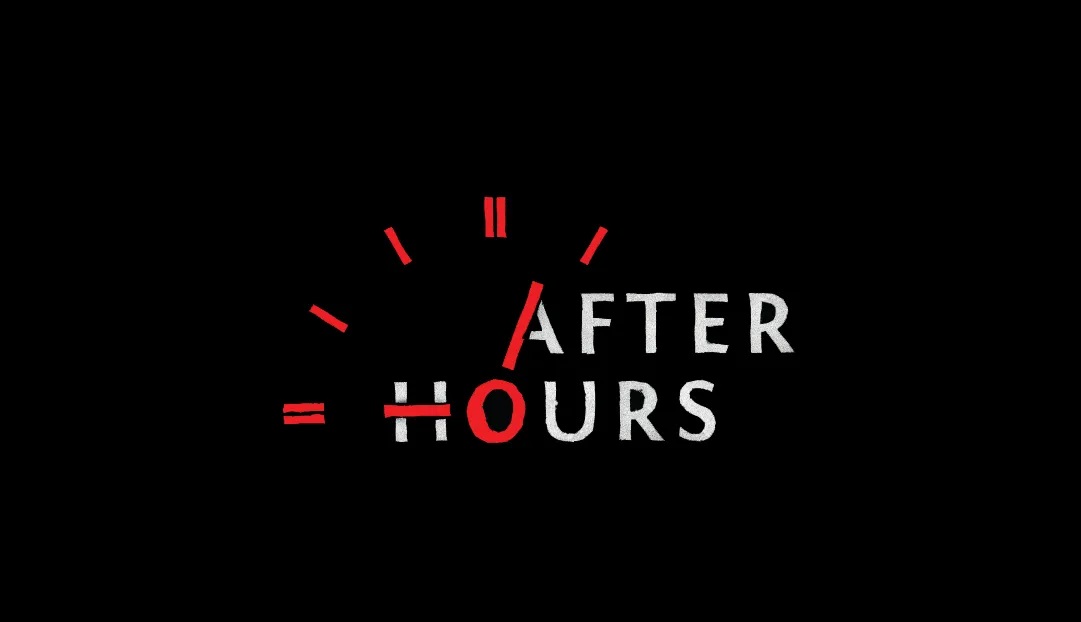 Most offices operate their days from 9:00 am to 5:00 pm, which only lasts during the daytime and because the cost of running a shift by servicing the office at night with an equal number of staff, if need be, might be cost-intensive, most organizations suffice to the normal routine of running an office by the daytime.

The concern is that our customers don’t sleep, when they want a solution, it can be urgent and important and the earlier they speak to someone, the more relief they get that their solution is on the way and that they can beat the deadline.

Knowing that most offices are closed after 5:00 pm and on weekends makes customers want to explore other options of reaching out to the service providers. With a business whose focus is centred on customer satisfaction and an amazing experience, there are options to keep your office running after working hours.

To run a business effectively, our online presence helps the most and involves our presence on social media channels by creating pages.

Facebook pages, for example, can be automated to reply to messages the moment a user sends an enquiry. It is made to generate a predetermined customized message. Facebook also lets the person know the possible time range within which to expect feedback and this is made possible based on the time it took the business to reply to a message, which provides a summary of the possible time of reply to the customer. This keeps the expectation of the customer that they would be replied and when the reply eventually comes, it proves the assertion that they are dealing with an organization that is customer-centric regardless of whether they are at work or not. In fact, the message can be crafted in such a way to contain a number that can be used for emergency contact.

Typically replies in a few minutes

Hi, Thanks for messaging us.

We’ll get back to you soon first name, last name (of the sender)

An auto-responder is a system that organizations use to respond to a user that sends a message via email whether they are out of the office, on leave, on a special assignment or outside the country of operation, with a message informing the person of the possibility of when they are likely to read and reply their message or an option of reaching another individual in the organization that could help process their enquiry. The line below is an example of the use of an automated message using an auto-responder

Thank you for your message.

If this is an emergency, please contact first name, last name on

xyz@xyz.com, otherwise, I will reply you on my return.

I once read in an online forum where a customer needed a product for use first thing on a Monday morning and tried to establish contact with the supplier that they researched online, they found the office lines and called and it kept ringing without anyone picking at them the other end. They kept on researching and found another supplier who they called and got an immediate response and delivery of the raw materials to start the production at the agreed time. What is the point of having an office phone that lies in the office without anyone to engage callers? I think today’s definition of an office defies the limitation to place and gives us a meaning that refers to the person and processes which can be operated from any place and at whatever time of the day. I am of the opinion that every phone that an office use should be a mobile phone with a person that handles it and returns enquiries at any time of the day, even if it means the company would provide the handler with the opportunity of benefiting from the usage of the phone from the provision of airtime and data services, it is worth all the effort to keep the business running all day. Although the telephone etiquette still applies.

With the goal of maximizing the online platforms of an organization, all platforms must be considered. Websites should be integrated with an online support system that can be installed on a PC (Personal Computer) and on a mobile phone, which can be accessed with internet services at any time of the day.

These chat boxes are also automated to reply to messages and the user gets a notification when there is an enquiry to be answered.

Chatbots function with the integration of artificial intelligence to answer questions based on the similarity, pattern or keywords consistently used by customers. This integration works as a temporary alternative to provide basic information before a human eventually connects with the customer when the chatbot has exhausted its ability with no respite to the demands of the customer. A full technologically integrated team is needed to execute this across platforms.

A sustainable business is built around the speed of attending to customers’ needs within a reasonable timeframe, the communication that helps to flatten the gap, concise information needed to make an offer and meeting with the expected date or time of delivery of the customer. When all these are in cohesion, a business can definitely become a household name.

Market Rebounds by 1.47% on Buying Interest in Dangote Cement, Others 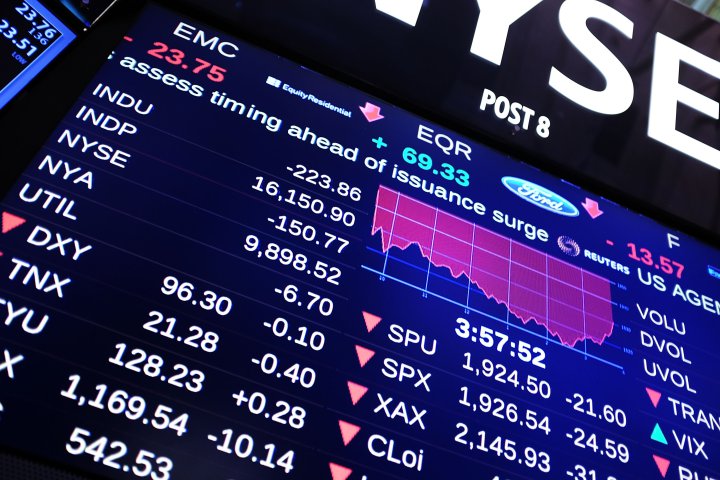 Buying interest in Dangote Cement and 19 others suppressed the losses reported by Lafarge Africa and nine others on Wednesday, leaving the Nigerian Exchange (NGX) Limited closing higher by 1.47 per cent at the close of business.

The demand for equities rose yesterday, leading to an increase in the volume of trades by 98.58 per cent to 279.2 million shares from 140.6 million shares as the value of transactions increased by 30.14 per cent to N2.1 billion from N1.6 billion, while the number of deals carried out depreciated by 8.19 per cent to 3,576 deals from the previous day’s 3,895 deals.

At the close of business, the industrial goods sector appreciated by 4.35 per cent, the insurance counter grew by 1.91 per cent, the banking index rose by 0.42 per cent, the consumer goods space went up by 0.33 per cent, while the energy sector chalked up 0.06 per cent.