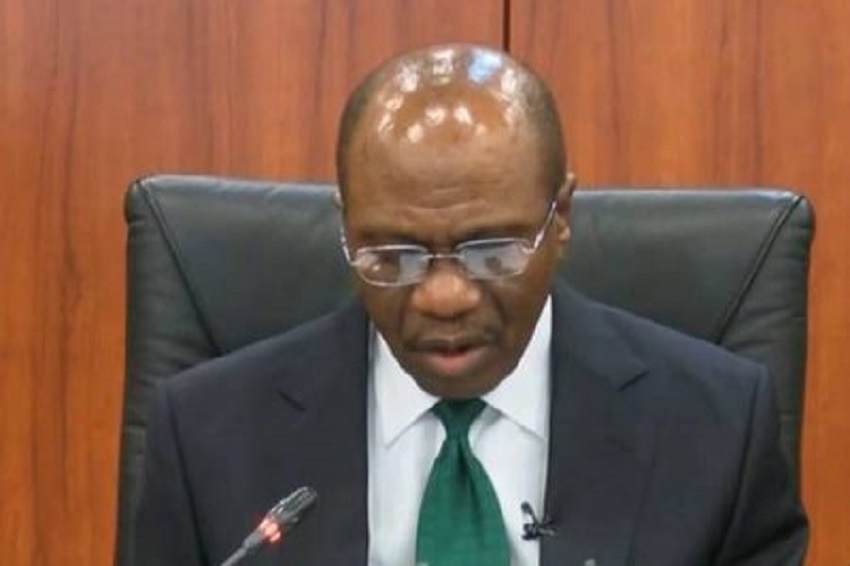 Governor of the Central Bank of Nigeria (CBN), Mr Godwin Emefiele, has claimed that the parallel segment of the foreign exchange (FX) market only accounts for 5 per cent of the total market share.

Mr Emefiele made this claim in Abuja on Tuesday while reacting to a question on the value of the Naira on the black market, which stands at over N480/$1.

According to him, the parallel market is an illegal market, wondering why analysts, who he said should know better, are quoting rates from the segment as the standard exchange rate for the local currency.

The former GMD of the Zenith Bank described the black market as a trading system that encourages corruption and corrupt practises, noting that the value of the Naira to the United States Dollar should be quoted from the approved windows; the interbank, Investors and Exporters (I&E) and the Bureaux De Change (BDC) segments.

“For the information of everybody, parallel market as far as we know it and the data that we have is a shallow market in Nigeria with no more than 5 per cent of market share.

“Parallel market and quote me is a tainted market in Nigeria, where people who desire to deal in illegal foreign exchange transactions including sourcing of FX cash for purposes of offering bribes, corruption, that is where they deal,” the apex bank chief said.

The central bank has not hidden its intention to close the wide gap between the official exchange rate and the parallel market rate. However, all its efforts seem not to yield the needed results.

One of the factors responsible for this could be the various policies put in place by the CBN for the sourcing of FX by customers.

For example, many items have received forex ban, giving those in need of FX to complete their transactions to seek alternative, which is always the black market.

Even for the approval transactions like the BTAs and others, customers have complained of the difficulty in getting forex from banks and the BDC operators because of limits placed by the authorised dealers. This has made the parallel market to thrive and further raised the value of the Dollar higher over the Naira because of the huge demand for the foreign currency.