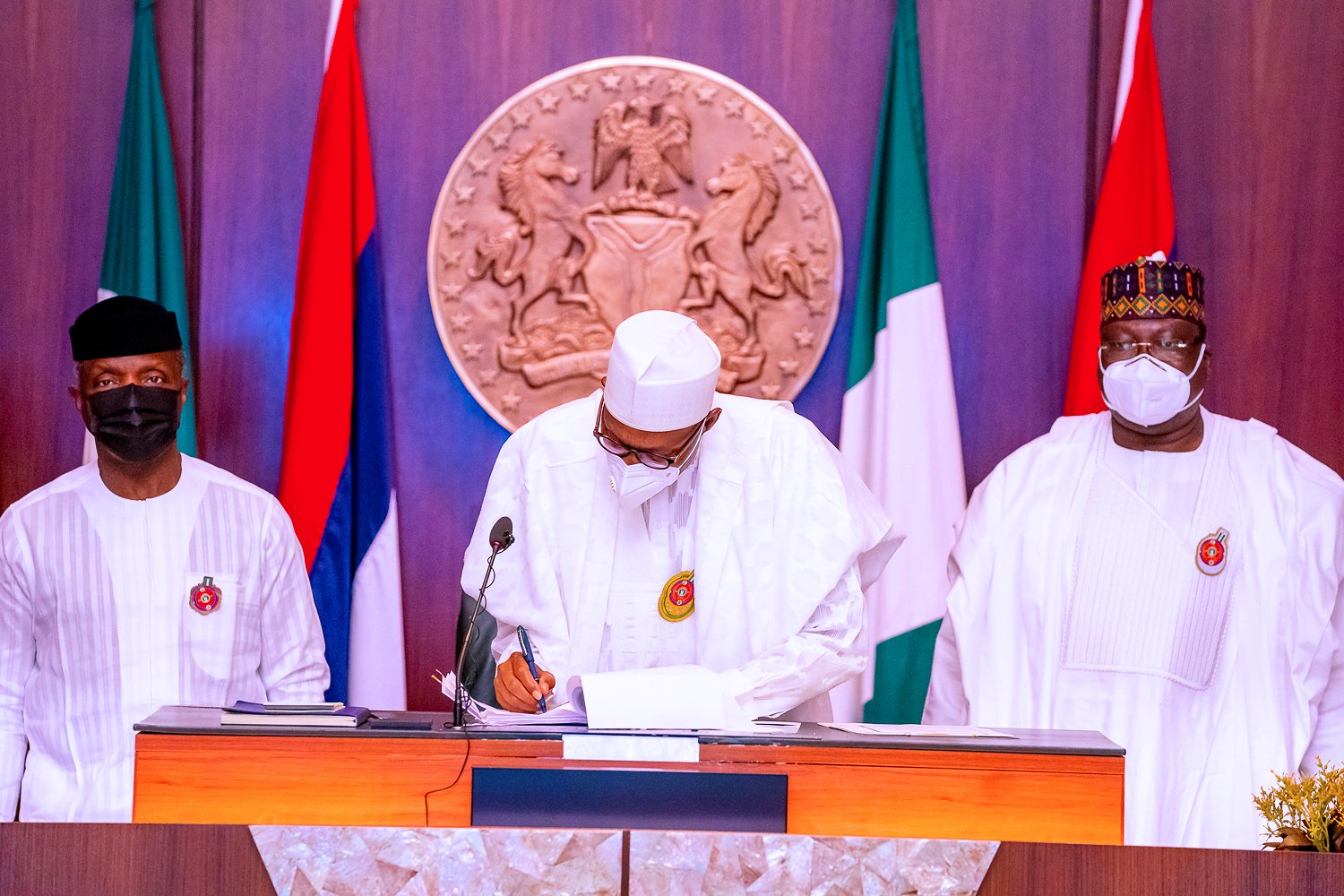 This was disclosed by the Personal Assistant to the President on New Media, Mr Bashir Ahmad, on Thursday. He said the short signing ceremony was done this morning at the Council Chambers of the State House, Abuja.

The president was flanked by Vice President Yemi Osinbajo, the Senate President, Mr Ahmad Lawan; Secretary to the Government of the Federation (SGF), Mr Boss Mustapha; Minister of Finance, Budget and National Planning, Mrs Zainab Ahmed; amongst others.

The signing came three days after it was transmitted to Mr Buhari after its passage by both chambers of the National Assembly on December 21. The President had presented the proposed budget to the legislative arm of government on October 8.

Tagged the Budget of Economic Recovery and Resilience, the bill was touted as the legacy of the Buhari-led administration in ensuring security, economic growth, and implementing health and emergency measures to counter the spread of the COVID-19 pandemic.

The bill, initially put at N13.082 trillion, was increased by N506 billion to N13.588 trillion by the National Assembly some days ago. The capital expenditure of N3.6 trillion proposed by the executive arm of government would not be enough for next year and necessitated the increase to N4.1 trillion, according to the parliament.

The sum of N5.6 trillion would be used for recurrent expenditure, while the fiscal deficit was pegged at N5.2 trillion, with debt service expected to gulp N3.3 trillion.

The National Assembly put the estimate daily oil production at 1.86 million per barrel, while the oil benchmark price was fixed at $40 per barrel, with the exchange rate left at N379/$1 and the gross domestic product (GDP) at 3.00 per cent.

Rush for Dollar at Investors’ Window Crashes Naira to N410.25/$1