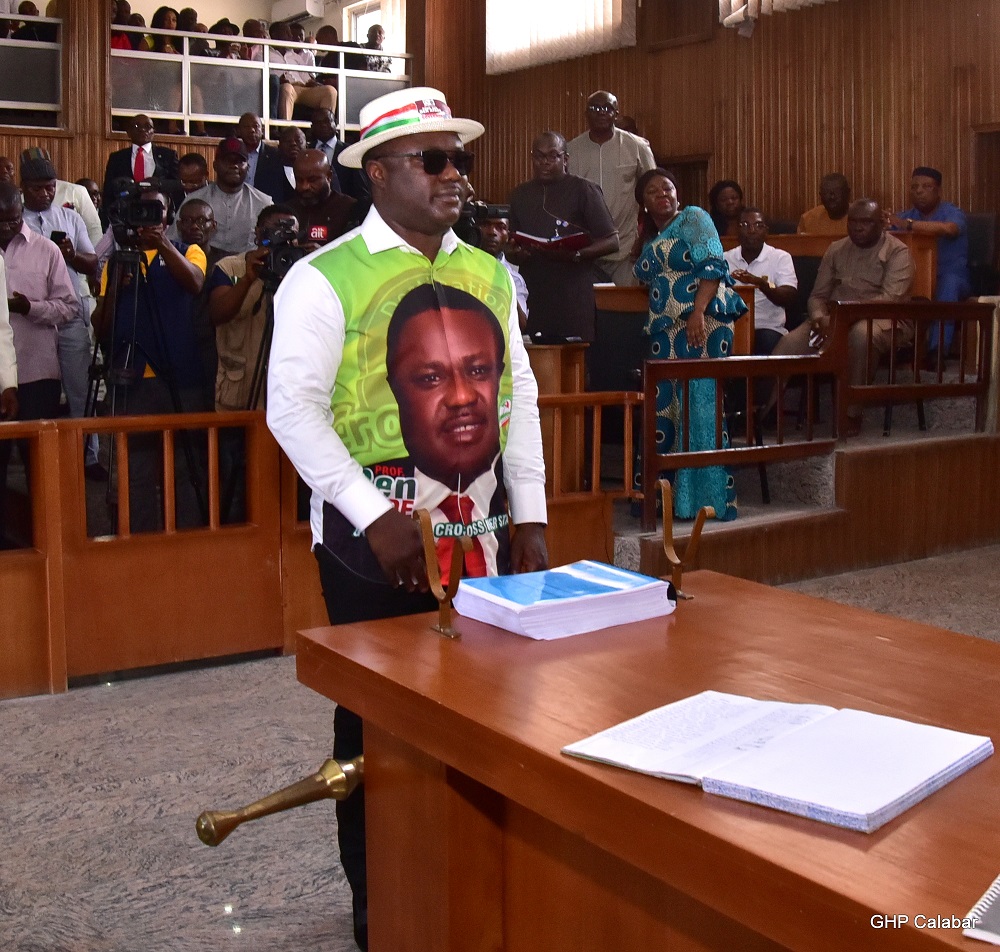 Mr Ayade, speaking at the signing ceremony held at the Governor’s Office in Calabar, stated that there was provision for the establishment of a state polytechnic in the budget.

He also mentioned that the budget also had provisions for social welfare schemes like grants and other financial benefits to help cushion the effect of the COVID-19 pandemic on the people.

According to the Governor, who explained that his administration had decided to reduce the financial commitments of the state in key projects such as the Bakassi Deep Seaport and the 275km superhighway to five per cent, said the projects are now to be built on a Public Private Partnership (PPP) model.

“For the budget of 2021, the budget of Blush and Bliss, the gross component is in the dramatic reduction of the budget size from over N1.01 trillion in 2020 to N281 billion. One will ask what will then happen to that missing gap?

“We had explained this in the budget presentation that we are shifting from all the big dreams to the basic, primordial things of survival and ensuring that there is food on the table.

The Enugu State’s budget, which was also signed on Wednesday, had been passed on Tuesday by the state House of Assembly following the presentation to the Assembly for consideration on December 9 by the governor.

Mr Ugwuanyi said that the 2021 budget would be judiciously implemented in a way that residents of the state would be the ultimate beneficiaries.

He commended the Assembly for considering and passing the budget within a record time, noting that he was optimistic that 2021 would be better for the people.

Earlier, the Deputy Speaker of the Assembly, Mr Uche Ugwu, while presenting the budget for assent, said that the House engaged the state’s Ministries, Departments and Agencies (MDAs) constructively during the budget defence.

Mr Ugwu said that the Assembly carried out its legislative responsibilities diligently while considering the budget.

Related Topics:Sign 2021 Appropriation Bills
Up Next