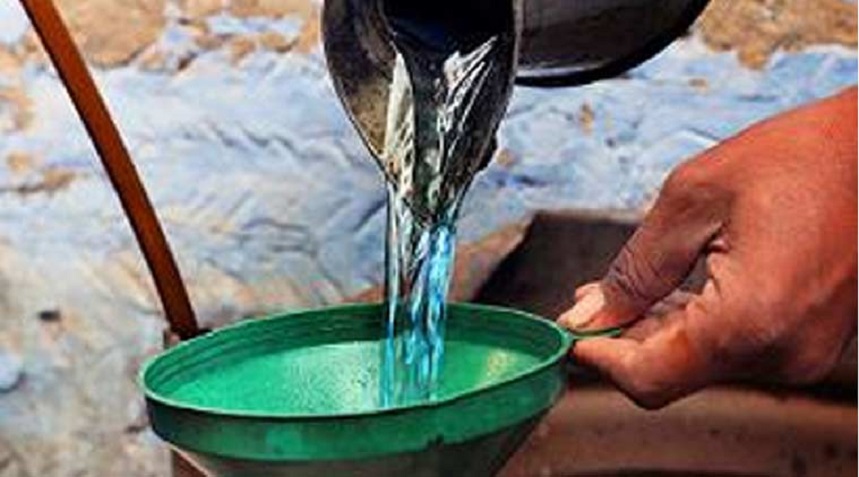 The average amount paid by consumers in Nigeria for kerosene increased in July by 7.3 per cent to N397.34 per litre from N370.29 per litre recorded in June 2021.

This was revealed by the National Bureau of Statistics (NBS) in its recently released National Household Kerosene Price Watch for July 2021.

Analysis of the data by Business Post showed that there was an 18.4 per cent year-on-year increase in the average cost of the commodity per litre when compared to the N335.5 recorded in July last year.

The case was quite different in Bayelsa state where the commodity was sold at the lowest average of N241.7 per litre, which is a 3.7 per cent drop from the N250.95 it was sold for at the same period last year, but a 7.7 per cent higher than the price last month.

Similarly, the lowest average price of kerosene per litre was recorded in Adamawa and Niger state, where it was sold for N316.67 and N338.64 respectively.

According to the data, the average price of the commodity paid by consumers nationwide per gallon increased by 3.8 per cent to N1,302.7 in July from N1,255.2 last month. This relatively indicates a 7.9 per cent increase from the N1218.5 recorded at the same in 2020.

Observing the highest average price at which kerosene was sold per gallon, it was revealed that states within this bracket were Ekiti at N1,591.7, Plateau at N1,556.25, and Abuja at N1,480.00.

Meanwhile, Yobe, Rivers, and Bayelsa states were areas where it was sold at the lowest as residents in those states paid, on average, N1,080, N1,081.6, and N1,088.5 respectively for the commodity per gallon.

Kerosene has remained a very vital source of energy for cooking for most families, both in rural areas and cities. The report showed that consumers of the commodity in the South-West zone of the country paid less at N374.9  per litre, while it cost the highest at N410.5 in North Central Zones.

Related Topics:Price of Kerosene
Up Next