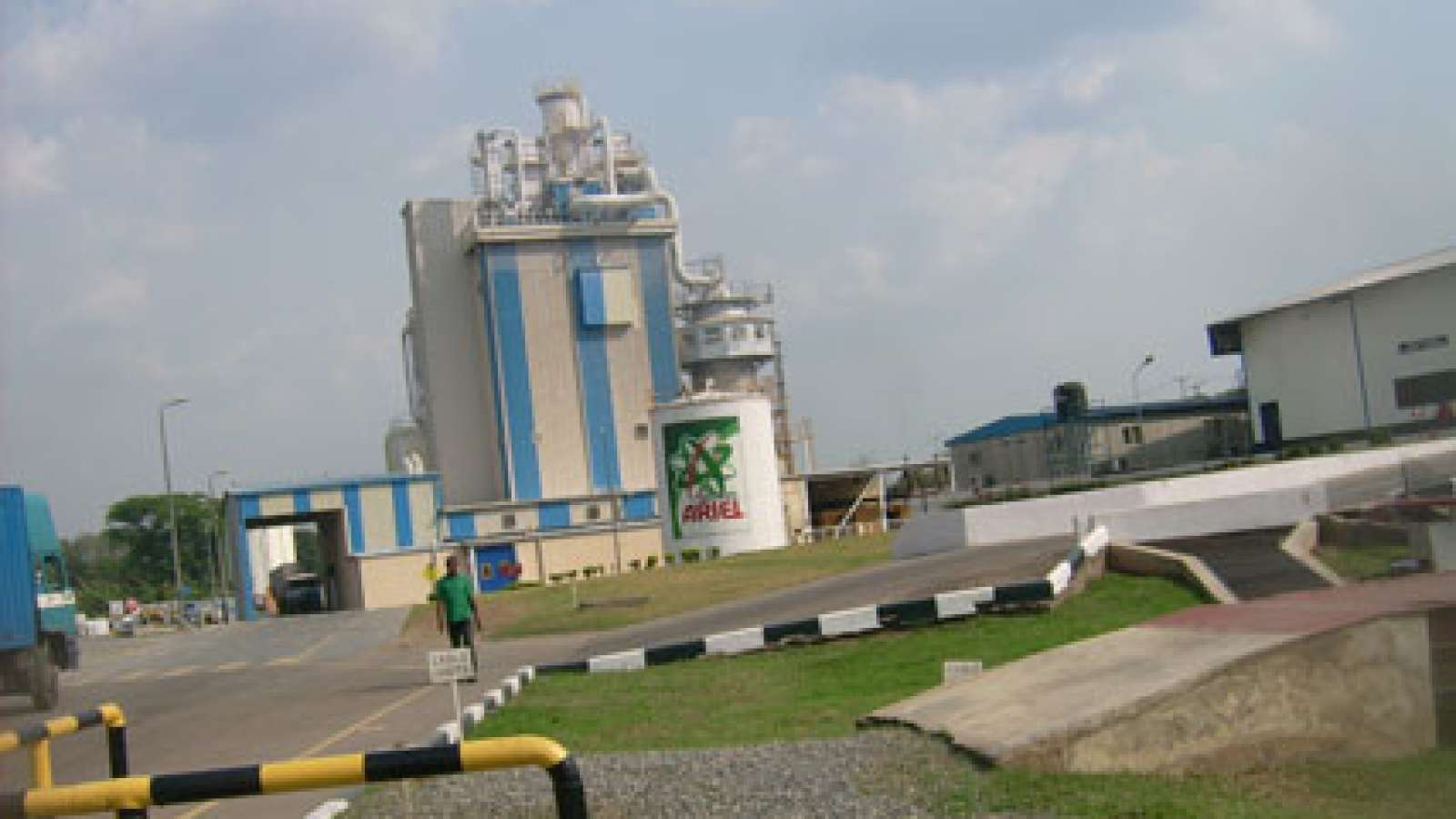 A report by Premium Times said the factory, which gulped about $300 million to complete and was commissioned in June 2017 by Vice President Yemi Osinbajo, had been operating at loss since it started operations.

Frustrated by this, the management has allegedly decided to sell off the plant.

Quoting a source, Premium Times said about 120 workers are being laid off as part of the shutdown with some of them already receiving their disengagement letters which is to commence next month.

“About 30 staff will be left who may either be outsourced or deployed to our only remaining plant in Nigeria,” a company source informed the newspaper.

It was disclosed in the report that P&G has already sold one of its two plants located in Oluyole Estate in Ibadan, Oyo State as a result of poor earnings.

The company has two production plants in the area, one of which was used to produce Vicks lemon plus and the other Ariel detergent, but the Vicks plant has been sold.

“We had to sell the lemon plus plant in Ibadan. It was not sustainable to continue to run it at a loss,” the source said.

A resident of Oluyole Estate told Premium Times that one of the Ibadan plants, located along Seven-Up Road within Oluyole Estate, is still functioning while the other plant, which has now been confirmed to have been sold, has been moribund for a while.

The P&G source suggested that even the single remaining plant in Ibadan used to produce Ariel detergent is being reviewed.

“We are keeping it open for a while to see if we can sustain it,” the source said.

Insiders familiar with the development told Premium Times that the company is battling with the challenge posed by government policies that regulate importation of raw materials for its production.

A source explained that the cost of importing raw materials was becoming unbearable for the company, which has refused to involve in shady deals in order to cheat the system and ease importation.

“It is so expensive to import these raw materials which are not produced in Nigeria. Other companies take the short cut by manoeuvring the system, but we cannot,” a top official of the troubled firm disclosed.

Similarly, another factor said to be responsible for the shutdown was the unhealthy competition being faced by the company.

“Our competitors invested much less in their factory, can manoeuver their way in the system, and thus produce and sell for much less. We cannot do that.

“Our investment in Agbara is arguably the largest single investment by a non-oil firm in Nigeria. But we just have to shut it. The loss is much,” the source said.

When Premium Times reached out to the corporate communications desk of the company Tuesday morning, a staff of the desk, who declined to make her name known, quickly disconnected the telephone line immediately the questions about the shutdown were put to her.

But in a follow-up call by Premium Times Tuesday afternoon, a customer care attendant of the company told our reporter that no such development had been communicated to the communications team. The staff, who simply identified herself as Peace, said she was not aware of the situation.