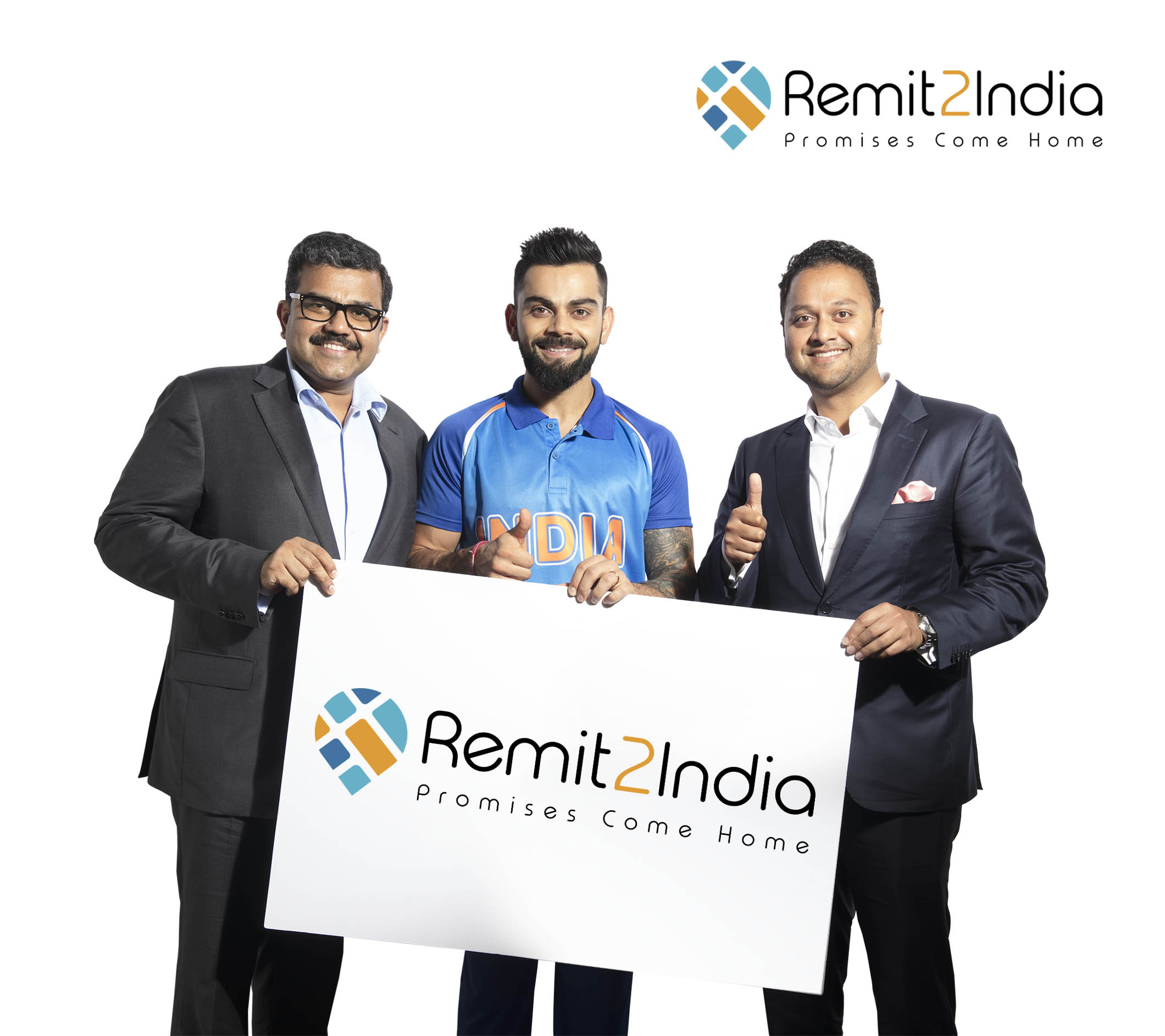 The deal is to last for three years, a statement issued by the firm stated.

However, during the lifespan of the deal, Virat will endorse the Remit2India brand by being part of its innovative marketing and customer experience initiatives.

Remit2India is one of the financial services brands of Finablr, the recently launched holding company of the UAE-based Indian businessman, Dr. B. R Shetty.

The network of remittance brands under the Finablr umbrella (including Remit2India, UAE Exchange, and Xpress Money) have a significant market share of remittances to India with over 12 percent. In 2017, India received $69 billion according to World Bank’s Migration and Development Brief.

“It is an honour to be the face of the iconic brand Remit2India which has over half a million customers globally.

“I look forward to reinforcing Remit2India’s growing appeal among the Indian diaspora as a brand that reflects an Indian sense of pride and achievement, patriotism and a spirit of belonging,” said Virat Kohli.

Remit2India’s customer footprints are predominantly across Canada, the UK, US and Australia while initiatives to rein in newer diaspora markets will gather pace by leveraging the Indian cricket captain’s widespread appeal.

“For a youthful brand like Remit2India, Virat with his image as a go-getter cricketer is an ideal fit.  He represents a winning Indian enthusiasm which drives millions of Indians to distant shores to prove their mettle and in turn contribute to the home country’s development through their remittances. Both Remit2India and Virat share the spirit of excellence and it is a privilege to have him as the global face of the brand,” said Promoth Manghat, Executive Director of Finablr.

Related Topics:Remit2IndiaVirat Kohli
Up Next

NASD USI Depreciates by 0.9% in One Week