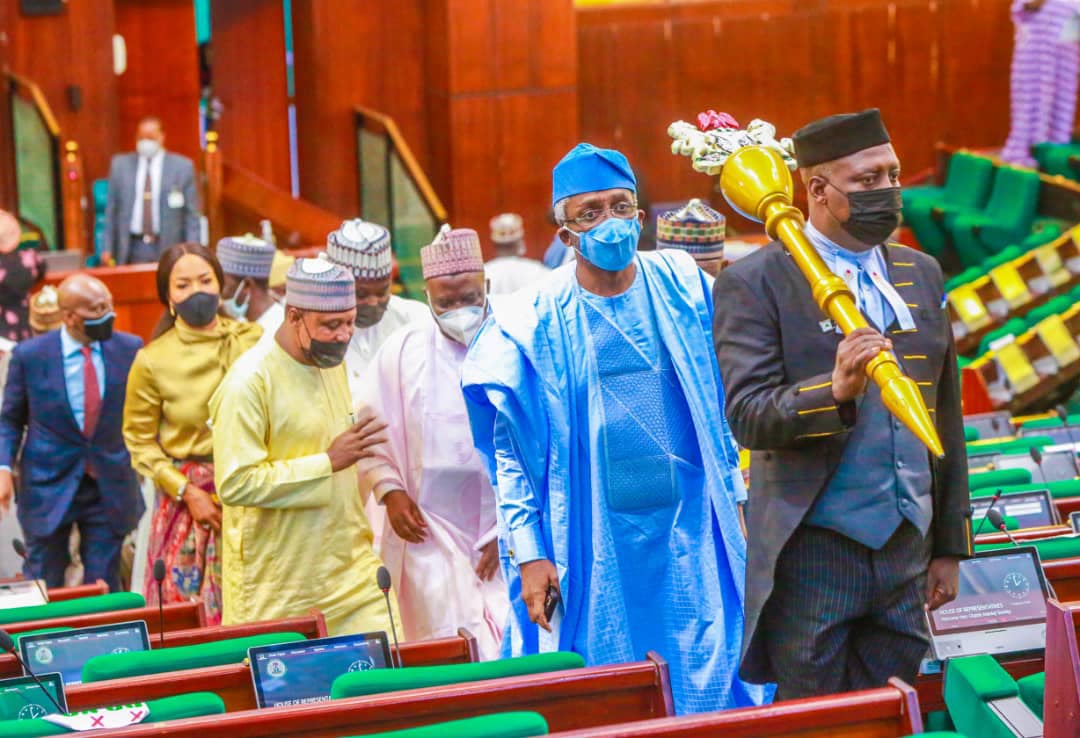 The recent decline in the value of Naira at the foreign exchange (FX) market, especially at the unregulated segment, is becoming worrisome to the lower chamber of the National Assembly.

On Tuesday, the matter was tabled before the green arm of the parliament by a member of the House representing Jere Federal Constituency, Borno State, Mr Satomi Ahmed, under a matter of urgent national importance.

In his motion, which was seconded by Mr Idem Unyimen, he argued that if nothing was done to bring the situation under control, the nation may suffer for it.

According to him, if the value of the local currency continues to depreciate against key foreign currencies like the United States Dollar, the British Pound Sterling and the Euro, the nation’s economy may slip into crisis.

He said there’s a need for an urgent intervention to save the Naira that seems to be going into obscurity despite interventions by the Central Bank of Nigeria (CBN) to shore its value against other currencies.

The central bank, in an effort to save the Naira, does regular interventions by boosting FX liquidity in the market through the sale of forex to traders to meet the demands of customers. It also further introduced a promo called Naira 4 Dollar, which allows beneficiaries of diaspora remittances to receive N5 for every $1 sent to them.

But at the plenary today, after Mr Ahmed moved his motion, another lawmaker, Mr Toby Okechukwu, proposed an amendment to the motion, noting that the situation does not require a legislative summit over the issue as neither Foreign Direct Investments (FDIs) are coming to Nigeria nor the insecurity challenges facing the country abating.

He emphasised that the state of the Naira was a matter of market forces and then suggested that the House should launch an investigation into the circumstances behind the unabating falling value of the Naira.

This amendment to the motion was seconded by Mr Wale Raji and was voted and adopted as amended.

In recent times, the Naira has slumped significantly against the US Dollar at the FX market, forcing the CBN to devalue the domestic currency.

The most recent one was the adjustment of the interbank exchange rate to N410/$1 from N379/$1 as the apex bank adopted the Nigerian Autonomous Foreign Exchange Rate Fixing (NAFEX) rate as the official exchange rate.

The NAFEX rate is used by investors through the Investors and Exporters (I&E) window and at the close of business today, the Naira was traded at 411.75/$1 in contrast to N411.50/$1 it traded on Monday, indicating that it depreciated by 25 kobo or 0.06 per cent.

But at the black market, the Nigerian currency closed flat against the greenback at N505/$1 on Tuesday

At the moment, Nigeria operates these three exchange rate segments despite calls for a unified exchange rate regime from different quarters, including from the International Monetary Fund (IMF).

Related Topics:Reason for Declining Value of Naira
Up Next