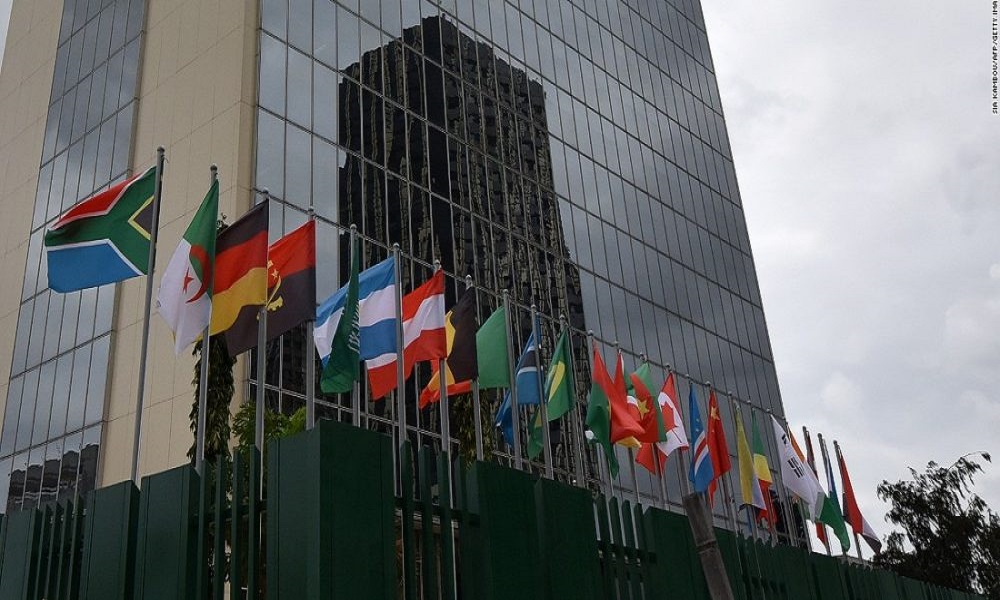 Global rating agency, Standard and Poors has affirmed its AfDB’s ‘AAA/A-1+’ Ratings with Outlook Stable. This is similar to Fitch’s recent affirmation of the Bank’s Triple ‘A’ rating with Stable Outlook as well.

In the statement, S&P summarised its ratings released on July 31, 2017 said it expects the African Development Bank (AfDB) will further increase its lending over the next two years, while maintaining its current stand-alone credit quality, with a very strong business profile and very strong financial profile.

“In addition, we incorporate into our ratings on AfDB potential extraordinary shareholder support, owing to callable capital from ‘AAA’ rated sovereigns.

“The outlook remains stable, reflecting our expectation that, over the next two years, the Bank will continue fulfilling its development mandate, benefiting from preferred creditor treatment, and that the amount and willingness of extraordinary shareholder support to the Bank will remain unchanged,” the rating agency said.

“Our assessment of its stand-alone credit profile (SACP) remains at ‘aa+’. We incorporate a one-notch uplift for extraordinary shareholder support from AfDB’s SACP, leading to our ‘AAA’ long-term rating on the bank,” the S&P report added.

“Our assessment of AfDB’s very strong business profile is based on our view of the bank’s role, public policy mandate, membership support, expectation for preferred creditor treatment (PCT), and governance. Most of the Bank’s sovereign lending has been concentrated in more economically developed regional members with strong creditworthiness. In 2014, the bank revised its credit policy to increase the number of member countries eligible to borrow, namely to include those member countries that while still economically developing, show improved creditworthiness.”

S&P reiterated the Bank’s history of fulfilling its mandate by providing financing, particularly for infrastructure development, through economic cycles.

It notes that the robust demand for its lending – which led to a nearly 30% increase in its loan portfolio during the 2009 global financial crisis – has reinforced its role.

AfDB currently uses the ADF and the NTF windows to provide assistance to member countries whose governments are currently not eligible to borrow from the Bank.

“We believe that expanding the number of eligible borrowing sovereigns in 2014 reinforces the Bank’s public policy role and mandate on the continent, although we expect only a gradual build-up of investments in these new eligible countries,” S&P said.

At the end of 2016, the Bank’s outstanding exposures increased significantly by 22.5% totaling UA (official reporting currency of the AfDB) 32.7 billion (US$43.9 billion), largely led by a 27% increase in sovereign exposure.

The report underscores AfDB’s views of private-sector financing as a key contributor to economic growth and development in regional member countries and is actively increasing its private sector, non-concessional, non-sovereign guaranteed exposure. AfDB aims to direct 40% of its total approvals to this asset class over the medium term. We consider that this strategy could weigh on the Bank’s business profile, if it implies the Bank is unable to fulfill its development mandate or maintain its financial performance targets, namely strong capital adequacy and asset quality, as a result of this growth. If we were to assess an increasing share of private-sector lending as less essential to the Bank’s public policy mandate than its traditional exposures, we could change our view of the Bank’s role, and our assessment of AfDB’s business profile could weaken. Rising exposure to the private sector could also worsen our risk-adjusted capital (RAC) ratio for AfDB and ultimately its financial profile, as private-sector lending would be ineligible for PCT.

“The Bank’s business profile incorporates our expectation that it will continue to receive PCT on its public sector exposure, an internationally recognized practice of excluding multilateral lending institutions (MLIs) from restructuring or rescheduling of sovereign debt. In our view, AfDB’s track record of PCT is weaker than that of other ‘AAA’ MLI peers. The Bank has experienced both arrears and defaults by public- and private-sector borrowers, respectively. Zimbabwe, Sudan, and Somalia are in arrears on their sovereign-guaranteed loans, reflecting large legacy outstanding balances. We understand that Zimbabwe is also working with the World Bank and other multilateral development banks on a plan to clear these arrears,” it read.

The report noted that the AfDB is in the process of further strengthening aspects of its governance and risk management in light of its weaker track record in managing asset quality, particularly for its non-sovereign guaranteed portfolio. “This is a priority for the Bank’s President, Akinwumi Adesina, of Nigeria, who assumed office on Sept. 1, 2015.” The agency says is expects the level of non-performing loans will rise, owing to the difficult operating environment facing its commodity dependent borrowing members and the increasing share of the non-sovereign loans. “This highlights the importance for prudently approving new loans and carefully monitoring the composition and credit quality of the overall portfolio. We could change our view on the bank’s business or financial profile if the controls and/or financial performance of the non-sovereign exposures do not meet our expectations.

“AfDB’s very strong financial profile reflects its capital adequacy and its funding and liquidity. S&P Global Ratings’ primary metric to assess capital adequacy, the RAC ratio, was 20.9% before adjustments specific to MLIs as of year-end 2016,” the statement added.

It noted, however, that after taking into account S&P Global Ratings’ MLI-specific adjustments, the RAC ratio was 21.3%. For AfDB, the predominant adjustment is a concentration penalization for sovereign exposures, which our expectation for continuing PCT somewhat offsets. The decline in the RAC ratio to 21.3% in 2016 from 24.4% in 2015 incorporates the significant increase in the bank’s total exposure by 22.5% to UA32.7 billion in 2016, from UA26.7 billion in 2015. It also reflects relatively rapid loan growth to the broader list of potentially less-creditworthy African countries following the amendment to the bank’s credit policy in 2014.

The agency further notes that asset quality is a rating weakness for AfDB relative to similarly rated MLIs, reflecting its focus on private- and public-sector borrowing in geographic areas that carry intrinsically higher operating and credit risks. NPLs in the private sector portfolio deteriorated in 2016 to a reported 7.6% of total private sector loans, up from 6.2% one year earlier. However, we note that NPLs for AfDB’s total loan book, including both private and public sector loans, stood at a moderate ratio of 1.9% of total portfolio.

It says given currently low commodity prices and weak global growth, we believe private sector asset quality will continue to weaken further in 2017. We consider AfDB’s loan loss reserve coverage to be modest, at 55% of impaired balances on Dec. 31, 2016, up from 49% one year earlier, with the prospect for increased provisioning in 2017. While its average coverage is low for a financial institution operating in Africa, the bank benefits from our expectation of PCT.

Noting that AfDB’s funding profile remains very diverse in terms of investor base, currency, and maturity, it avers that global benchmark bonds would remain the primary source of funding, with alternative sources from domestic markets, green bonds, Uridashi bonds, private placements, and loans. It further notes that the bank has a positive funding gap up to the two-year static gap. Thus, its positive funding ratio indicates that AfDB is structurally able to cover its scheduled debt repayments without recourse to new issuance for up to two years. However, this does not take into account new disbursements which have led to a marginal negative funding gap emerging over the five-year tenor.

“In our opinion, AfDB’s management of liquidity is sound, aided by the high level of liquid assets the Bank holds on its balance sheet,” the report said, noting that the Bank maintains a strong liquid asset cushion, accounting for 40.2% of adjusted total assets, 57.9% of gross debt, as of Dec. 31, 2016. Liquid assets it said, comprise high quality bonds, largely in the ‘AAA’ (45%) and ‘AA’ (38%) rating range, cash, and a small portfolio of asset backed securities. S&P liquidity ratios for AfDB indicate that the Bank would be able to fulfil its mandate for at least one year, even under extremely stressed market conditions, without access to the capital markets. It furthers estimates that that the Bank would not need to reduce the scheduled disbursements of its loan commitments, even if half of the total commitments were to be drawn in one year. “On this measure, we estimate year-end 2016 liquidity ratios were 1.9x at the one-year horizon without any loan disbursements and 1.2x with half-scheduled loan disbursements,” the report concluded.