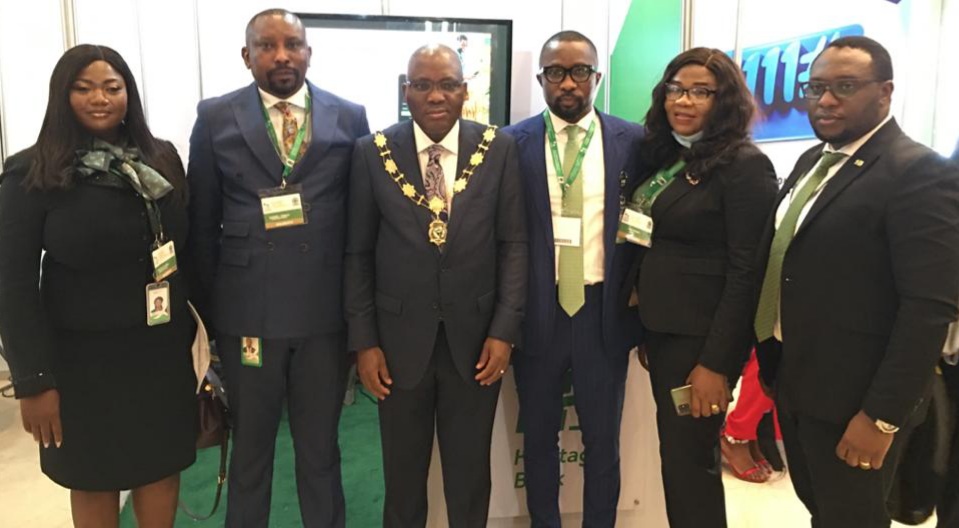 The Managing Director of Heritage Bank, Mr Ifie Sekibo, has appealed to the government and other stakeholders to make conscious efforts to create a viable environment for small businesses and youth entrepreneurship.

According to him, the small and medium enterprises (SMEs) are the backbone of local economies around the world as they are the biggest employers, job creators and contributors of the national gross domestic products (GDPs).

The banker submitted that if a nation is serious about lasting and meaningful economic development as well as moving from poverty to prosperity, it must give priority to SMEs and youth entrepreneurship.

“We cannot talk about moving from poverty to prosperity without taking SMEs very seriously in this country.

“We must support the SMEs sector reform through providing infrastructure, providing loans to farmers and ensuring interest rate loans is a single digit,” Mr Sekibo said on the sidelines of the 14th Annual Banking and Finance Conference of the Chartered Institute of Bankers of Nigeria (CIBN).

The Heritage Bank chief, who was represented at the conference themed Economic Recovery, Inclusion & Transformation: The Role of Banking and Finance by the Regional Head Abuja-1, Mr Daniel Oniko, stated that giving SMEs and young entrepreneurs leverage to contribute immensely to the development of their host community through engaging the youths and unemployed individuals will bring about and facilitate economic recovery.

He emphasized that the role of SMEs in creating and sustaining national development in relation to job creation has been considered a key tool in modern-day poverty alleviation, economic emancipation, and total well-being.

The MD, however, disclosed that, “One of Heritage Bank’s major cardinal points as a bank is supporting micro, small and medium scale businesses and our strong desire to see young men and women succeed in any area of their business. This will help the society and economy to grow, thereby moving the nation from poverty to prosperity.

He noted that Heritage Bank was taking the lead through various initiatives such as its youth entrepreneurship development programmes which were aimed at increasing the contributions of the MSME segment to the economy.

The banker further explained that the entrepreneur schemes of the bank in the support for business had always focused on dependable job-creating sectors such as the agricultural value chain: fish farming, poultry, snail farming, etc., cottage industry, mining and solid minerals, creative industry: tourism, arts and crafts, and Information and Communication Technology (ICT).

The VP acknowledged that the banking and finance sector has over the years played significant roles in the nation’s economic development.

According to Mr Osinbajo, “It is time for the sector to take on some of the transformative big-ticket items that would fundamentally transform our economy. Such matters include consumer finance but housing finance.”

In his goodwill message, the Governor of the Central Bank of Nigeria (CBN), Mr Godwin Emefiele, stated that the banking sector remained well-positioned to support the recovery efforts of the monetary and fiscal authorities.

“Clearly, Nigeria’s banks have become not only strong and resilient but have also carved a good niche in the world to consolidate on the growth and resilience of the banks in the last decades,” he added.