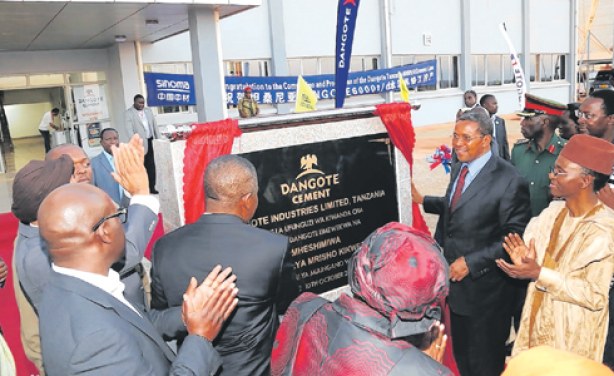 Nigerian businessman, Mr Aliko Dangote, has disclosed that policies in Tanzania have the tendency to drive away investors willing to do business on the country. He warned that something must be done to address this.

In a live interview at the FT Africa Summit on Monday about his relationship with Tanzanian President, Mr John Magufuli, the Africa’s richest man smiled and replied positively, “It’s okay. I can always call him; I have his mobile number, and he listens to me.”

In the chat with Financial Times Editor, Mr Lionel Barber, Mr Dangote noted that Tanzania’s general policies “need to be looked at.”

Sharing his experience as one of Africa’s most prominent investors with operations in 17 countries Mr Dangote explained that policies scare away investors and that once an investor has left “it is very difficult to bring that investor back.”

Mr Dangote was referring to Tanzania’s investment law concerning the extractive industries which requires foreign investors to yield 16 percent “free carried interests” to the government, although he did clarify that this was not applicable to cement.

He pointed out that the policy could lead to others which could dilute control of assets in a country, a concern that is generally factored into corporate decisions on investing in foreign markets.

Mr Dangote’s $620 million investment in a cement factory in Mtwara is among the largest in Tanzania.

“Sometimes it is just a matter of communication,” Mr Dangote said when describing how investors sort out contractual arrangements with foreign governments.

With regard to his $620 million investment in Tanzania, he added “I’m sure we will engage them and try to resolve the issue.”

Tanzanian Investment Minister, Mr Charles Mwijage, responded immediately to charges reported in the Financial Times defending his government’s policies aimed at ensuring Tanzania’s benefits from the country’s resources and underscoring how accommodating the government has been in facilitating Mr Dangote’s project in the country.

Investors at the one-day FT Africa Summit which hosted the live interview with Africa’s most prominent industrialist seemed to agree that Mr Dangote had not “accused” the Tanzanian President, but had only warned that policies need to be clearly defined and investors need to be reassured that their investments are safe.

“There was nothing at all in Mr Dangote’s comments directed to President Magufuli,” one attendee remarked.