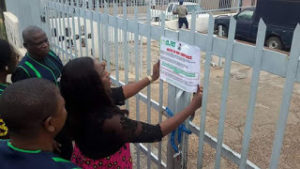 The premises of some banks in Makurdi, Benue State capital, were sealed on Thursday by officials of the Benue Internal Revenue Service (BIRS).

The affected financial firms were shut down by the revenue agency over alleged tax default to the tune of N1.43 billion.

She said the companies failed to pay their assessed PAYE taxes/liabilities after being notified about this.

The tax boss, while addressing newsmen after the exercise, said Fidelity Bank, Skye Bank and Unity Bank were given Best of Judgement Assessment because they refused to cooperate with BIRS for a successful audit investigation.

She said on the other hand, Zenith Bank submitted all the documents requested by the board but refused to pay after the audit exercise within the seven days provided by law. 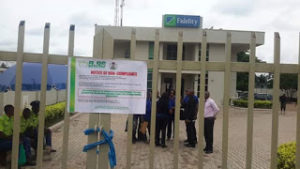