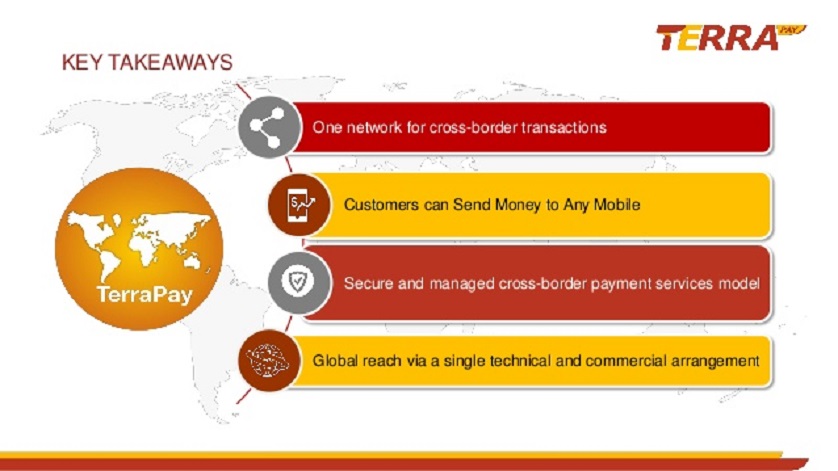 Report reaching Business Post confirms that South African Reserve Bank (SARB) has given an approval to world’s first mobile payments switch, TerraPay, for the launch of cross-border money transfer services in the country.

With this regulatory approval from SARB, TerraPay becomes the fifth firm to be licensed as a category three Authorised Dealer in Foreign Exchange with limited authority, also known as ADLA 3, to conduct low value international money transfers in the country.

In the initial roll-out, TerraPay will enable cross border money transfers from South Africa to mobile wallets in Zimbabwe, Nigeria, Mozambique and Uganda.

According to the World Bank, the global average cost of sending remittances was 7.43 percent of the amount sent by remitting customers.

For remittances sent from South Africa, the average cost was 16.71 percent; more than double of the global average.

Commenting on this feat, founder & CEO of TerraPay, Mr Ambar Sur, noted that, “As per a report from FinMark trust, the bulk of remittance flows from South Africa are destined for Zimbabwe, Mozambique and Lesotho, with 85 percent of all migrants originating from these countries.

“Moreover, almost 70 percent of transfers to these countries are conducted informally, since the high cost of formal money transfers is a major barrier to accessing formal remittance channels.”

Mr Sur pointed out that, “TerraPay is taking an aim to solve this problem of the migrants, by facilitating instant and cost-effective low value money transfers to mobile wallets.

“We are now open for business in South Africa and are actively looking to build strategic partnerships to further expand our footprint in the Southern Africa region.”

South Africa is a major send as well as a receive market. Apart from sending remittances to all neighbouring Southern African countries, the country also receives remittances from UK, Australia and US.

TerraPay’s global network is expected to support the growing demand for instant transfers in the region.

The firm is the world’s first mobile payments switch is a global transaction processing, clearing and settlement service for mobile wallets.

It provides the interoperability engine that enables customers to send and receive real-time transactions across diverse payment instruments, platforms, and regions.

TerraPay believes in the power of mobile devices and is building the digital payment rails to fulfil their vision of enabling users to send money to any mobile.

TerraPay is a B2B company incubated by Mahindra Comviva, a global leader in delivering mobile financial solutions and is part of the $19 billion Mahindra Group.

It is registered and regulated in several jurisdictions. In the UK, it is regulated by the Financial Conduct Authority (FCA).

Sekibo, Alli, Others to Unlock Infrastructure Financing at FICAN Conference