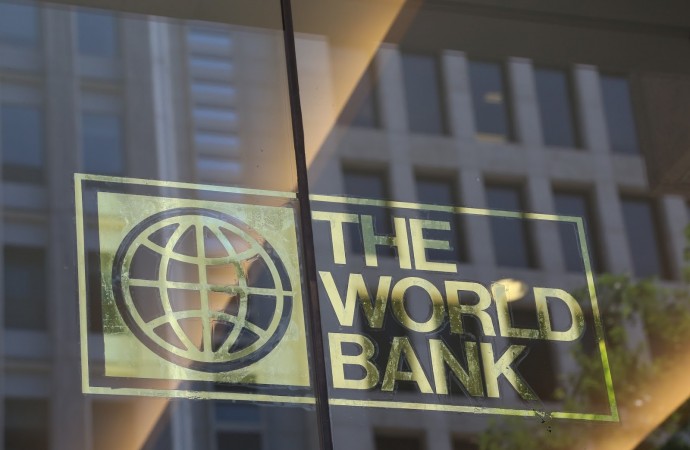 The World Bank has projected that Nigeria’s economy will grow by 2.5 per cent in 2022.

The World Bank gave the forecast in its latest Global Economic Prospects report on Wednesday, adding that Africa’s largest economy will further add 0.3 points to a 2.8 per cent growth forecast in 2023.

In the publication, the Bretton Wood institution noted that “In Nigeria, growth is projected to strengthen somewhat to 2.5 per cent in 2022 and 2.8 per cent in 2023.”

The Washington-based institution further said that, “The oil sector should benefit from higher oil prices, a gradual easing of the Organisation of the Petroleum Exporting Countries (OPEC) production cuts, and domestic regulatory reforms.”

“Activity in service sectors is expected to firm as well, particularly in telecommunications and financial services.

“However, the reversal of pandemic-induced income and employment losses is expected to be slow; this, along with high food prices, restrains a faster recovery in domestic demand,” it added.

According to the global lender, activity in the non-oil economy will remain curbed by high levels of violence and social unrest, as well as the threat of fresh COVID-19 flare-ups with remaining mobility restrictions being lifted guardedly because of low vaccination rates.

It stated that just about two per cent of the nation’s population had been fully vaccinated by the end of 2021.

The financial institution lamented that the pandemic has reversed at least a decade of gains in per capita income in Nigeria and some countries.

It explained that after barely increasing last year, per capita incomes were projected to recover only at a subdued pace, rising 1.1 per cent a year in 2022 – 23, leaving them almost two per cent below 2019 levels.

The World Bank stated that in some countries, the services and manufacturing sectors again reeled from the adverse impact of the pandemic, while high unemployment and elevated inflation dented consumer confidence.

“Incoming indicators for major SSA economies point to a renewed improvement in economic activity towards the end of 2021,” the report revealed. “Mobility indicators continued to recover as many economies eased social-distancing restrictions following a decline in new COVID-19 cases from the peak reached in mid-2021.

“However, the Omicron variant detected in late November is now contributing to COVID-19 flare-ups across the region, particularly in Eastern and Southern Africa. More than 70 per cent of SSA countries reported at least a 50 per cent increase in new COVID-19 cases during the last two weeks of 2021,” it stated.

The near-term recovery is expected to persist supported by elevated commodity prices as activity continues to rebound in the region’s main trading partners (China, the euro area, and the United States), albeit at a slower pace than last year.

The outlook is also predicated on a gradual recovery in tourism, with vaccinations in some tourism-reliant economies already proceeding at a much faster pace than in the rest of the region.

Projected growth in the region in 2022-23 is, however, still nearly a full percentage point below its 2000-19 average, partly reflecting the lingering adverse effects of COVID-19, while the pace of vaccinations is also expected to remain slow in many of the region’s countries.

The lender added that the speed of recovery is to be constrained by elevated policy uncertainty in many countries, a high incidence of social unrest and conflict, rising poverty and food insecurity, and delays to investments in infrastructure and mining, as well as slow implementation of structural reforms.

Related Topics:2.5% growth2.5% growth for NigeriaNigeria 2.5% growthworld bank
Up Next