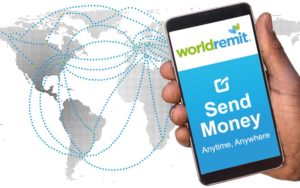 Digital money transfer service, WorldRemit, is consolidating its rapid expansion into Tanzania, supporting the growing demand for instant remittances to the country from over 4 million expatriates living abroad.

In view of this, WorldRemit is announcing a new record of 10,000 unique transactions completed in the month of December 2016 alone and 150 percent YoY growth in 2016, driven primarily by the rapid expansion of Mobile Money accounts as the preferred receive method.

It has been observed that the biggest senders to Tanzania include migrants currently living in the UK, Sweden, Australia, Norway and Canada, amongst others.

With WorldRemit, people in more than 50 countries can send instant, secure transfers to more than 140 destinations.

Known as the ‘WhatsApp of money’, WorldRemit makes sending money as easy as sending an instant message.

Remittances play an important role in the economy of Tanzania – in 2015 the country received a total of $390 million according to the WorldBank, almost ten times the amount received in 2010.

Founder and CEO at WorldRemit, Mr Ismail Ahmed, noted that, “Our Mobile Money partnerships combined with existing services for bank deposits and cash pick-up will give more choice to Tanzanians, further supporting the transition from costly offline remittances via high street agents to faster, cheaper and safer online transfer methods.”