Ajimobi to Renovate 100 Schools in 6 Months 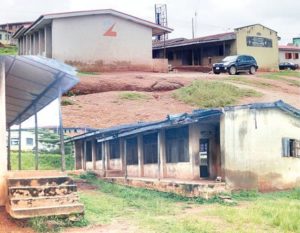 At least 100 schools would be renovated by the Oyo State government led by Mr Abiola Ajimobi within the next six months.

Commissioner for Education, Science and Technology in the state, Prof Adeniyi Olowofela, disclosed this to The Nation in Ibadan, the state capital.

According to the Commissioner, three schools would be selected in each of the 33 local government areas with an addition to make 100 schools.

Prof Olowofela pointed out that the project would build on the establishment of School Governing Boards (SGB) for each school, introduction of N1,000 development levy for each pupil per term as well as implementation of the “no automatic promotion” policy.

The Commissioner said the project showed the commitment of Mr Ajimob towards rejuvenating education in the state.