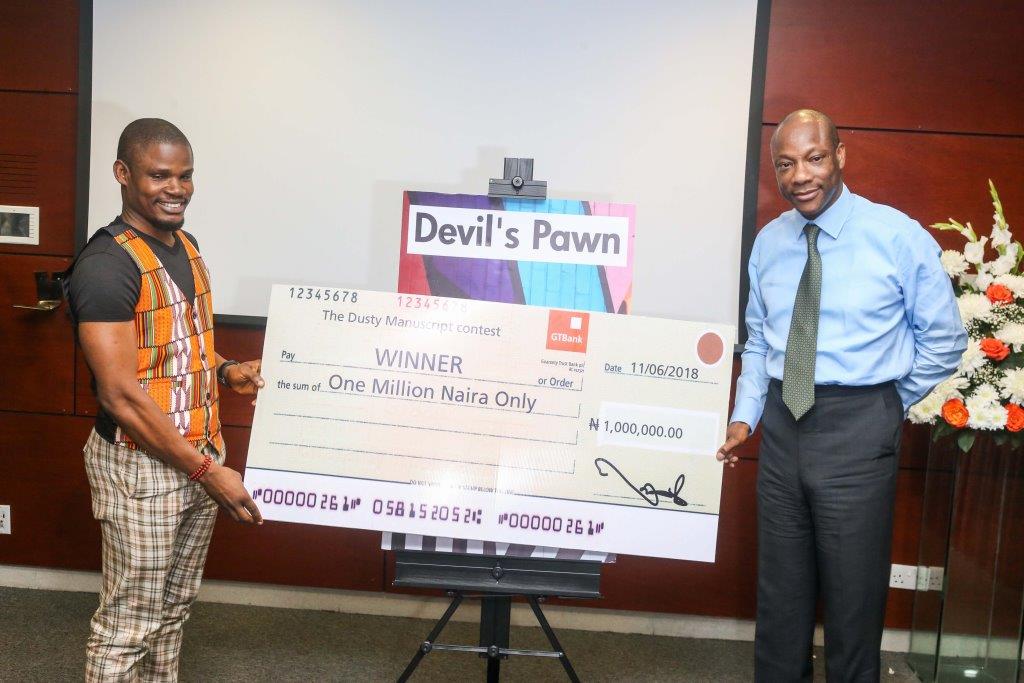 A winner has emerged in the Dusty Manuscript Contest organised by Guaranty Trust Bank (GTBank) Plc for budding Nigerian writers.

His work was selected ahead of The Orchid Protocol written by Onoche Emeka Onyekwena and The Other Side of Truth by Nneoma Anieto, which came first and second runner-up respectively.

Organized in partnership with Kachifo Ltd. and Okadabooks, the Dusty Manuscript Contest is the latest in a long line of GTBank’s YouREAD initiatives aimed at fostering the culture of reading and creating a platform for the appreciation of Africa’s literary excellence.

As part of the contest, Nigerians were invited to submit their unpublished stories and stand a chance to get publishing deals for their works.

The contest received over 1,000 entries and had a panel of four judges made up of authors Eghosa Imasuen, Yejide Kilanko and Toni Kan and Assistant Professor of English, Dr Ainehi Edoro-Glines.

As part of the prizes in the Dusty Manuscript Contest, the authors of the top 3 manuscripts received N1 million N500,000 and N250,000 respectively, as well as publishing contracts with Kachifo Ltd.

Speaking about the winning entry, the lead judge, Dr Ainehi Edoro, said; “Devil’s Pawn was a unanimous choice. Told in a fast paced narrative style that keeps you glued to the pages, the story is a gift that keeps giving.”

“The Orchid Protocol is an intriguing detective story, call it CSI Lagos and you won’t be too far off the mark,” said Eghosa Imasuen, one of the judges.

“The Other Side of Truth presents a woman’s life, without judgement. In making the case for the novel a single word comes to me: Empathy,” added another judge, Toni Kan.

Commenting on the Dusty Manuscript Contest, Mr Segun Agbaje, Managing Director of GTBank Plc, said; “At GTBank, we see Art as not just a medium for creative expression but also as a means of livelihood, and by organizing the Dusty Manuscript Contest we are helping budding writers share their stories with the world whilst providing them with a platform to build successful writing careers.”

GTBank is regarded by industry watchers as one of the best run African financial institutions across its subsidiary countries and serves as a role model within the financial service industry due to its bias for world class corporate governance standards, excellent service quality and innovation.

The bank’s footprints in Corporate Social Responsibility are guided strategically by its decision to operate on four major pillars: Education, Community Development, Arts and the Environment, which it believes are essential building blocks for the society and prerequisites for economic growth and societal development.