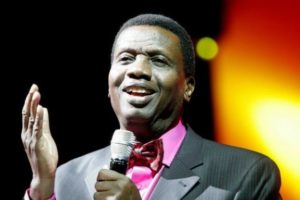 The emerging trends of events in The Redeemed Christian Church of God in the past 24 hours, is beginning to give cause for serious concern.

Very recently, elections were held in The Gambia and the opposition was declared the winner. The incumbent President called to congratulate the winner and conceded defeat. But before the President-elect could be sworn in, President Jamel recanted and has now thrown the West African nation into crisis.

On Saturday, January 7, 2017, Pastor Enoch Adeboye, told all ministers gathered at the Annual Ministers Conference, that the Church now has a new General Overseer, but before the end of the day, information emerged that Pastor Adeboye had only stepped down as General Overseer for Nigeria and would still continue to function as General Overseer of RCCG Worldwide.

When it was pointed out that the Constitution of RCCG does not recognize that title, then we were informed that Pastor Adeboye will now be known as Global Missioner and Spiritual Leader of the Church. When the illegality of that title was revealed, then we have now been told that Pastor Adeboye will now retain his title as General Overseer, while Pastor Obayemi is National Overseer.

I have taken the pains to check the Constitution of the church and I can see signs of some confusion brewing, if not carefully handled.

In all my time that I’ve known Pastor Adeboye, integrity has been his watchword and the trends emerging from the inconsistent pronouncements from the church since yesterday, do not support the personality of our dear Daddy GO, and he himself has to act quickly to douse the tension being generated.

From a church of just about 40 parishes in 1981 when Pastor Adeboye took over as General Overseer, the RCCG is now present in about 192 countries all over the world. RCCG has become one of the most influential churches worldwide and we cannot afford to give the impression that Daddy GO is unwilling to retire or hand over to somebody else. That is certainly not the Pastor Adeboye that we all know.

In his succession plan, Pastor Adeboye has done what no pastor has done before and he should follow it through and mentor the people that God has led him to chose as his successors.

We his followers are pained with the development but as things are now, there is little we can do about it.

The Codes of the Financial Reporting Council are not new. They were implemented seamlessly for Banks when their Managing Directors who had been in office for ten years were asked to hand over. This has now been extended to non-profit organizations like churches and there is nothing strange about this.

These codes were contested at the Federal High Court and the court decided against us. They are meant to achieve transparency in these organizations.

I therefore humbly appeal to Daddy GO to follow through his plan and avoid the temptations of The Gambia.