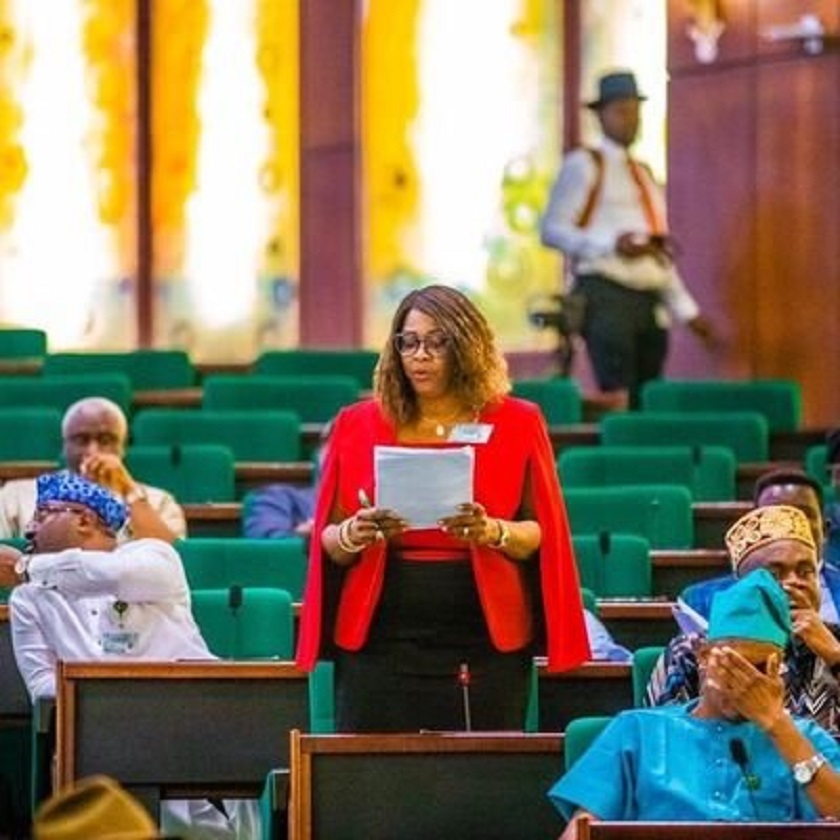 The lawmaker representing Oluyole Federal Constituency at the National Assembly, Mrs Tolulope Akande-Sadipe, has called on her colleagues to help seek justice for a hit-and-run accident victim, Mr Raji Idris.

At the plenary on Thursday, the legislator narrated that on May 13, 2021, along Olomi Road, Oluyole, Ibadan, the member of her constituency was knocked unconscious by an alleged drunk driver identified as Mr Dele Ayanjompe, who allegedly fled the scene afterwards, according to eye witness accounts.

According to her, the victim was taken to the Frontida Clinic where it was confirmed that he had suffered trauma to his brain and severe injuries.

She further stated that Mr Idris underwent extensive surgery to increase his chances of survival after which he remained in a coma for weeks.

The lawmaker informed members of the green chamber of the parliament that Mr Idris spent over N4.5 million as medical bills so as to get back to normal.

Mrs Akande-Sadipe said the matter was reported to the Sanyo Police Station, Ibadan, but expressed dismay that the suspect is getting off “too easy,” blaming the Divisional Police Officer (DPO) and the Investigating Police Officer (IPO) for this.

She alleged that the police officers have colluded with the driver to sweep the matter under the carpet, calling on the Inspector General of Police (IGP), Mr Usman Alkali Baba, to investigate the incident with a view to punishing those involved in the subjugation of the law.

“I am disturbed that while the victim battles for his life, the driver who hit him has been released by the Divisional Police Officer (DPO) at Sanyo Police Station without any charges as the Investigating Police Officer (IPO), Sergeant Muritala has allegedly colluded with the driver,” she said at the plenary.

The lawmaker noted that the provision of Section 18(1) of the Road Traffic Act states that it is an offence for a person to drive a motor vehicle on a highway recklessly or negligently or in a manner dangerous to the public.

She also pointed at Section 343(1) of the Criminal Code, which states that “any person who rides a vehicle so rash or negligent as to endanger human life or to be likely to cause harm to another person is guilty of a misdemeanour and is liable to imprisonment for at least one year.”

The perturbed House of Representatives member, who doubles as the Chairman, House Committee on Diaspora Affairs, wondered why the driver has not been charged to a court, for a magistrate to determine his innocence.

“Considering the law states that suspects in such cases be charged to court for a magistrate to determine his innocence or guilt and the applicable punishment is given, the Sanyo Police Station has violated the law and compromised the case by granting bail to the suspect without any charges under the premise that the victim’s father signed a bond not to press charges,” she said.

Mrs Akande-Sadipe, therefore, called on the House Committee on Police to ensure compliance by urgently investigating the matter such that the law is not subjugated to allow the suspect to go unpunished for his recklessness, endangerment of human rights and contravention of the law.

After presenting the motion, which was seconded by Mr Kolade Akinjo, the Deputy Speaker of the House, Mr Ahmed Idris Wase, who presided over proceedings, mandated the Committee on Police to ensure that the police chief looks into the issue.