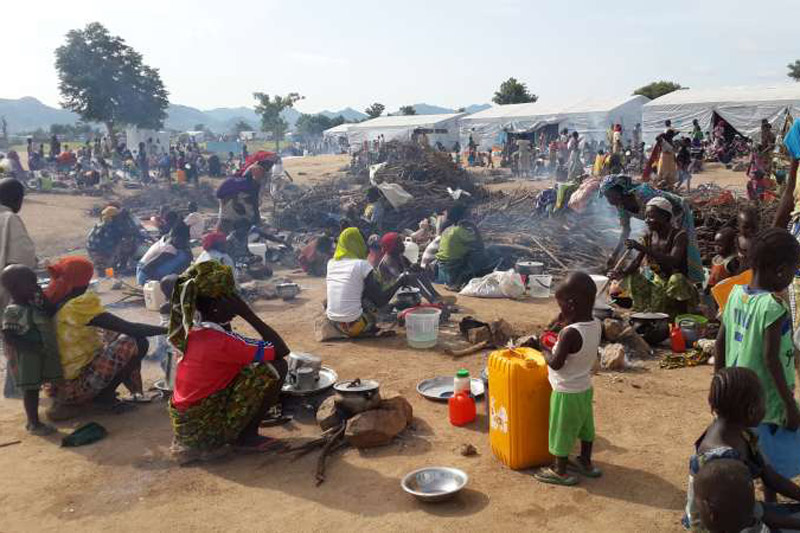 Amnesty International has expressed concerns about the safety of thousands of Internally Displaced Persons (IDPs) in Borno state, who are at risk of forced resettlement as the state government plans to close all IDP camps within Maiduguri by December 31.

More than 10,000 households still living in IDP camps within Maiduguri are at risk of forced resettlement and the group said attacks by Boko Haram and ISWAP and human rights violations by the military continue in the region.

In a statement, which follows interviews with 38 former IDP returnees and individuals currently living in IDP camps within the Borno state capital, survivors informed Amnesty International that they fear for their lives as they are being forced to leave with short notice and many are coerced to remain in resettled areas despite escalating attacks.

Speaking on this, Ms Osai Ojigho, Country Director, Amnesty International Nigeria said, “Returning displaced persons forcibly to villages that are not safe would be in violation of the Nigerian government’s responsibility of protecting the right to life of civilians.

“Most displaced persons barely escaped from Boko Haram’s campaign of killings, abductions, looting and torture, or from the attacks, extrajudicial killings or torture in unlawful detention by the Nigerian military. They have endured years of gross human rights violations and abuses, including war crimes by the military and armed groups.

“It is absolutely shocking that people who already suffered so much in the conflict between Boko Haram and the Nigerian military would further be exposed to horrendous possible violations and abuses, instead of receiving protection from the authorities.”

Most of the resettled IDPs that Amnesty spoke to have little or no access to essential services like drinking water, healthcare, sanitation and live in extreme poverty. Inadequate housing and lack of job opportunities in resettled villages have further compounded their sufferings.

Amnesty reported that at least six people were killed and 14 injured in Agiri, Mafa Local Government Area on August 30 2021, one month after they were resettled. Returnees in New Marte, Agiri and Shuwari have experienced multiple attacks by Boko Haram since their resettlement.

At least 41 people died in early October 2021 during a cholera outbreak in the resettled camp in Shuwari, Jere local government area while 20 older people and 21 children were killed by the disease.

Amnesty International then called on the Borno state government to abide by their obligations to IDPs under international law, and ensure all resettled individuals and people living in IDP camps have access to adequate housing, food, water, sanitation and healthcare.

The government was also charged to ensure that all children are able to continue their education.

“We call on the Borno state governor to immediately meet the urgent needs of resettled individuals in Agiri, Shuwari and other resettled communities. The authorities must do more to ensure that the human rights of those displaced are met.” – Ms Ojigho added.

Under international humanitarian law, Nigerian authorities can only order the displacement of a civilian population if the security of the civilians involved or imperative military reasons so demand.

The group warns that civilians’ lives are being put at greater risk by the displacement of IDPs in Borno state from IDP camps to their ancestral homes, these forced displacements likely constitute war crimes, and may constitute the crime against humanity of forcible transfer.

The 2012 national policy on IDPs in Nigeria recognizes the IDPs’ right to be protected against forcible return to or resettlement in any place where their life, safety, liberty and/or health would be at risk.

They also have a right to decide if they want to return to their homes or places of habitual residence.

In August 2021, the federal government approved a new national policy for IDPs in Nigeria. The new policy is aimed at strengthening the institutional mechanism and frameworks for the realization of the rights, dignity and wellbeing of IDPs. The new policy has, however, not positively impacted on the lived realities of IDPs, Amnesty claims.