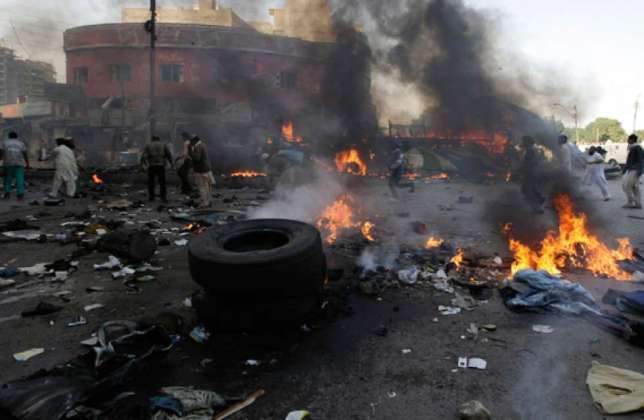 Reports reaching us have it that an explosion on Tuesday morning in Borno State has claimed the lives of at least nine people.

The incident reportedly occurred near a military checkpoint in the state.

According to Channels TV, a pick up van with nine persons on board emerged from a bush path to join the road to Gubio town, but exploded afterwards, killing all of them.

However, Business Post could not confirm if the explosion was an act of terrorism or not.

Be Wary of What You Post Online—Security Expert Warns 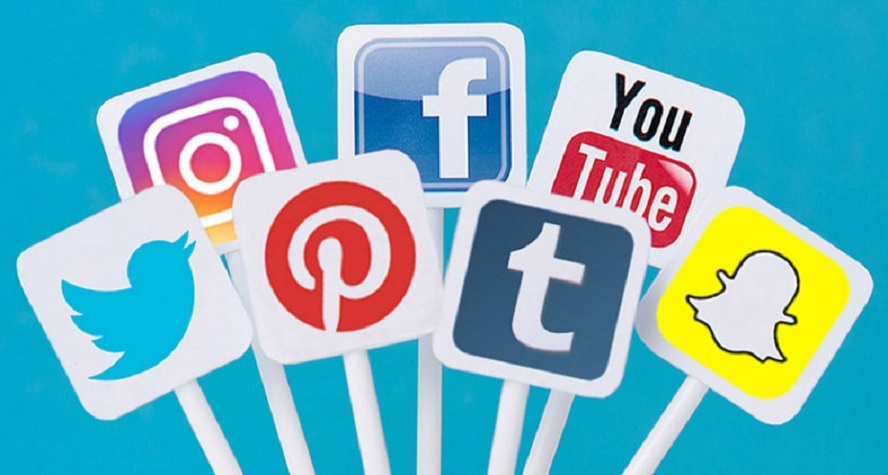 A cyber security expert, Mr Alhassan Haru, has advised Nigerians to be wary of what they post online as criminals could use such content to wreak havoc.

Speaking at a consumer advocacy initiative in Benin City, Edo State tagged Shine Your Eyes, No Fall Mugu, Mr Haru advised participants to eschew certain practices if they want to safeguard unauthorised access to their financial and other sensitive information online.

At the event facilitated by the Consumer Affairs Bureau (CAB) of the Nigerian Communications Commission (NCC), Mr Haru, who is the Director of New Media and Information Security (DNMIS), NCC, stated that, “It is better to be thoughtful. So, stop, think before you act. The Internet does not forget.”

“It is improper to give other people your Personal Identification Numbers (PIN) to help you do online transactions because the identity of the real card owner and the security of financial assets may be compromised in the process,” he further said.

Other practices Mr Haru advised against include sharing phones and other devices with other persons who may use them for criminal purposes; and the use of birth dates or other easy-to-guess figures as passwords for phones and devices, which can be decoded easily by close friends that may invade the privacy of others for criminal purposes.

At the event, the Executive Vice Chairman of NCC, Mr Umar Garba Danbatta, who was represented at the forum by the Director, CAB, Efosa Idehen, said one of the central mandates of the agency is to promote and protect the interests of the telecom consumers.

According to him, the commission demonstrated its seriousness in protecting consumer interests with the creation in 2001 of CAB as a full-fledged department to oversee the fulfilment of that mandate.

Mr Danbatta stated that the agency had been able to actualise the mandate through strategic collaboration with consumer advocacy groups and relevant stakeholders.

He said the NCC is determined to heighten existing collaborations with all stakeholders to mitigate and ultimately stop the risk factor widely associated with the use of electronic payment systems.

Lagos to Start Monthly Tenancy in 2022 for Easy Payment 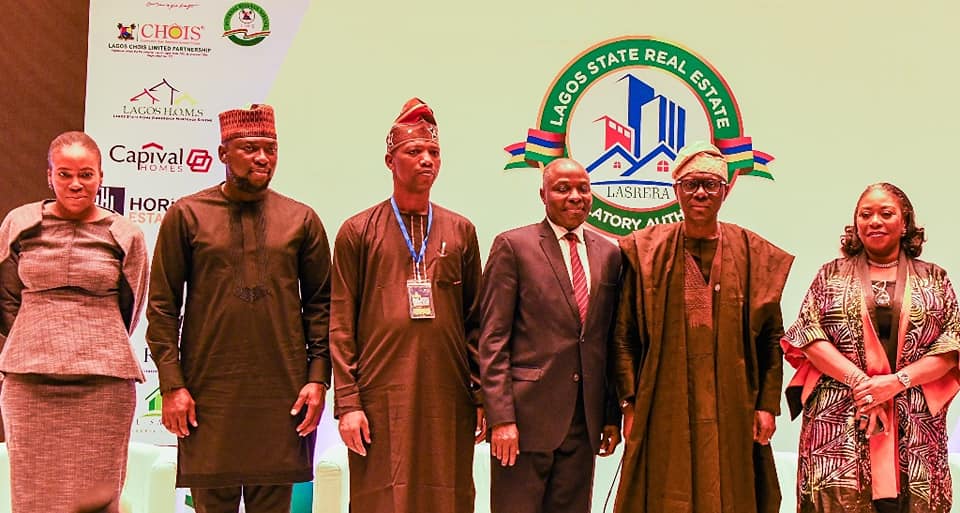 Governor of Lagos State, Mr Babajide Sanwo-Olu has said by next year, a new policy of monthly tenancy on property occupancy would kick-off.

Speaking at the Lagos Real Estate Market Place Conference and Exhibitions organised by the Lagos State Real Estate Regulatory Authority (LASRERA) at the Eko Hotel and Suites, Victoria Island, the Governor explained that the concept is not to punish the landlord or reduce the expected revenue of the property owner.

He said monthly tenancy would ease off the pressure of yearly rent on tenants, as the new policy is designed to make people pay their rents according to their monthly earnings.

The policy, Mr Sanwo-Olu said, emanated from an agreement reached by association of tenants, consortium of financiers and the government.

At the two-day event with the theme Lagos: 21st Century Real Estate Investment Hub, the Governor ordered the complete excision on untitled land across the state.

He explained that this is to put an end to the incessant issue of land grabbing in Lagos State, adding that a technical committee will be set up to fine-tune the framework for the excision process on untitled land, with the objective to granting Certificate of Occupancy (C-of-O) to landowners for transparent sales of the asset.

The Governor condemned an effort by state officials to frustrate and sabotage the full take-off of the state’s Enterprise Geographic Information System (e-GIS) project initiated to automate approval of land surveys and allocation titles in one talk shop.

Mr Sanwo-Olu issued a stern warning, saying he would be ruthless in purging out saboteurs in the ranks of government.

“One of the issues we are working on is the ownership of land. There is a large parcel of land across Lagos that doesn’t have the Government title.

“It is to announce to this gathering that I’ve made up my mind that we are going to do excision for untitled land. This process will kick off next year and we will set up a committee whose composition will represent all traditional divisions in Lagos. With equity and fairness, we will yield proper titles on all the land, so that the issue of land grabbing can be reduced to the minimum.

“We will also be carrying out genuine reform in our Survey Department. We need to have our e-GIS platform up and running after 10 years that it was initiated. I’m expressing my disappointment in some government officials sabotaging these efforts. I will look for the culprits and I will be ruthless in meting out punishment. I will ensure these saboteurs have no place in my government,” he said.

Addressing the cause of the high affordability of property in Lagos, the Governor said the state’s partnership with the private sector had raised the housing stock but added that the non-availability of long-tenure mortgage bonds made it impossible for low-income earners to benefit.

The government, he said, is thinking out of the box to design a financing model that would reduce the burden on mortgage applicants, while also charging real estate developers to reduce the cost of developing property by engaging local competence for skills outsourced to foreigners.

He said: “We should not just build property only for consumers, we must also build skills and integrate them in our built environment to showcase great output. Technical and vocational skills are things we must deliberately harness and reflect in our work. At the end of the day, we must be able to design a housing development and ownership model that is fit for our purpose and peculiar to our local needs.”

Special Adviser to the Governor on Housing, Mrs Toke Benson-Awoyinka, said real estate remained the most sought after investment, noting that the market, apart from creating sustainable jobs, also has the highest potential of growing the economy of any nation.

She said the state government realised the need for investors and consumers to know policies put in place and how the knowledge of all the policies could assist stakeholders in making informed decisions in investing in the real estate market.

Mrs Benson-Awoyinka said: “As a government, we have realised this fact and as such, have been making business-friendly policies that can assist would-be investors and consumers to operate in a conducive business environment.

“LASRERA has strengthened its efforts to make this sector more vibrant by ensuring that practitioners operate within the ambit of the law.

“The agency has registered over 100 individuals and organisations that approached the Government to regularise their operations with us. We have seen positive results from this undertaking, as the State, through the LASRERA, has resolved several reported cases of fraudulent practices brought to the attention of the agency in a very professional manner.”

As a regulator, the Special Adviser urged investors and consumers to make LASRERA their first point of contact before investing in real estate in any part of Lagos. 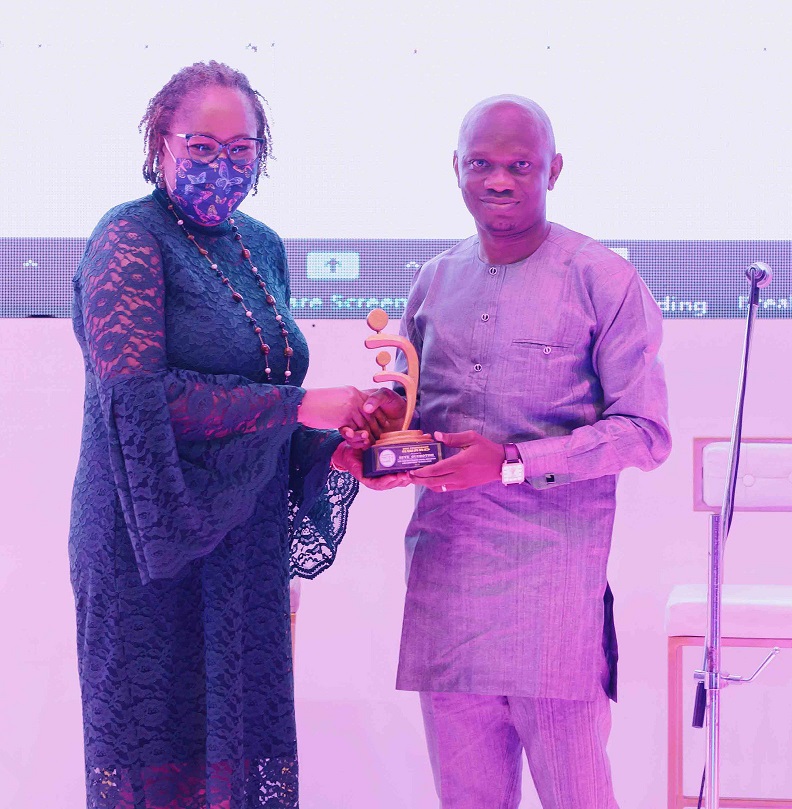 The founder and publisher of MSME Africa, Mr Seye Olurotimi, has become the 2021 FATE SME Journalist.

The respected media practitioner was bestowed with the honour at the FATE Foundation 2021 Annual Celebration and Events held recently.

The award is meant for a journalist within the Nigeria MSME/entrepreneurship space who must be attached to a media house. Entries for the award must have been published between December 2020 and October 1, 2021.

Mr Olurotimi, who is also a Marketing Communications and SME Branding expert, is passionate about enterprise development and has worked with hundreds of entrepreneurs and is the convener of the prestigious MSME Dialogue and also a member of the MSME Community of the practice of the Nigeria Economic Summit Group (NESG).

Speaking on the award, Mr Olurotimi expressed his appreciation to “FATE Foundation for this recognition and I consider it a call to do more.”

“I am dedicating this to the over 41 million MSMEs in Nigeria who despite all odds are weathering the storm, displaying grit and resilience while coping with the peculiarities and challenges of our business environment,” he further said.

“I started MSME Africa in the thick of COVID-19 and lockdown in May 2020. The idea was to provide timely information and details about opportunities to MSMEs, startup and entrepreneurs.

“The vision has since grown bigger and in 18 months, [we have received] two awards, [recorded] 274,038 users of the platform, [have] a thriving community of entrepreneurs, [had] meaningful collaboration and many more, yet, and we are just starting,” he enthused.

The platform aims to be a major voice for MSMEs in Africa, fostering the culture of entrepreneurship, building the capacities of entrepreneurs and influencing policies on issues that affect entrepreneurs, startups and MSMEs.