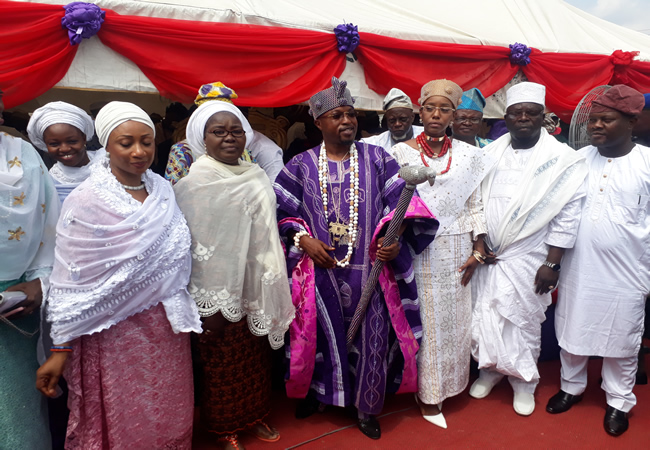 The Oluwo of Iwo land in Osun State, Oba AbdulRasheed Adewale Akanbi, has declared that President Muhammadu Buhari must return for second term to complete his 8-year tenure as leader of Nigeria.

The Iwo monarch made this known at a special prayer session he organised for Mr Buhari, who returned to the country over a week ago from a 3-month medical vacation in the United Kingdom.

The prayer session had in attendance over 3000 people from different religion, ethnic group, and areas.

The attendees prayed together at the palace of the Oluwo of Iwo with over 200 Christians, Muslims and traditional leaders.

Also in attendance was the Speaker of the Lagos State House of Assembly, Mr Mudashiru Obasa, who was represented by a member of the Assembly, Mr Tunde Buraimoh.

At the prayer session, the Oluwo declared that, “Buhari is my son and I can never be happy if people should wish him dead. What kind of father will I be if I decide to join the league of Nigerians who want him dead?”

“It is painful that those who launched that campaign of ‘Resume or Resign’ are not patriotic as they claimed.

“They politicised the campaign which shouldn’t be. If any civil servant or police officer falls sick, will you advise such persons to resign? Those clamouring for Buhari’s resignation are not sane.”

Explaining the rationale behind this prayer point, the Oluwo of Iwo noted that the well-being of Nigerians is paramount to him, and if bearing Buhari’s sickness would guarantee good governance in the country, so be it.

He stressed the prayer was not in any way politically motivated, pointing out that he would do same for anyone occupying the seat of power.

Related Topics:ClericsDignitariesOluwo of iwo
Up Next