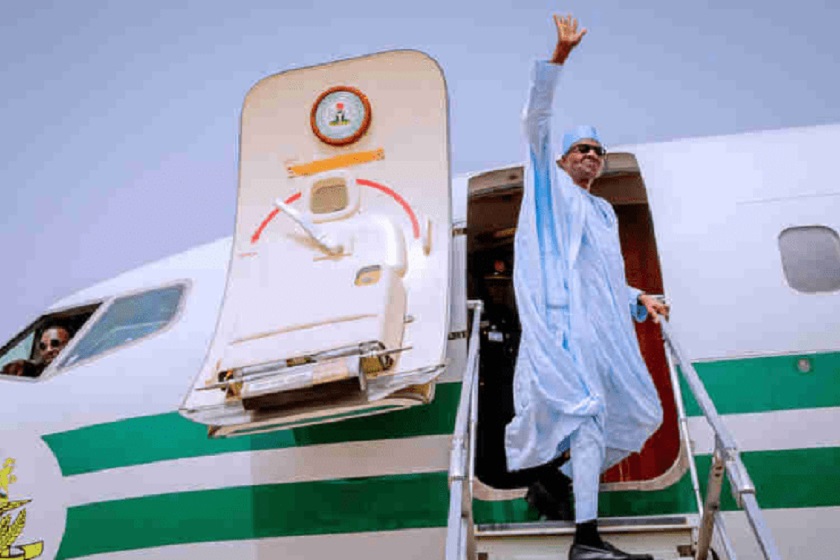 President Muhammadu Buhari will be in Lagos on Monday and Tuesday for a two-day working visit to commission some projects within the state.

Lagos State Commissioner for Information and Strategy, Mr Gbenga Omotoso, told journalists during a press conference at the Bagauda Kaltho Press Centre, Alausa, Ikeja, that all hands were on deck by the state government to ensure a hitch-free event during the two days working visit.

The projects to be inspected and commissioned by President Buhari are Lekki Deep Sea Port, 32-metric tons per hour Lagos Rice Mill, 18.75-kilometre six-lane rigid-pavement Eleko Junction to Epe Expressway, John Randle Centre for Yoruba Culture and History, and Phase One of the iconic Lagos Blue Line rail project, as well as turning of the sod for the second phase of the project.

He said: “Although Mr Governor had hosted the President during some of his visits to Lagos, next week’s visit by President Muhammadu Buhari will be one with a difference. It is a visit where Mr President will again see the beauty of Lagos and take the opportunity to see first-hand the life-changing and people-oriented projects that were conceptualized and completed by the Babajide Olusola Sanwo-Olu administration.

“Mr President is scheduled to arrive in Lagos on Monday, January 23, via the Presidential Wing of the Murtala Muhammad Airport, where he would be received by Governor Babajide Sanwo-Olu and some top dignitaries. There will be a short ceremony, which will include a cultural display, presentation of bouquet and inspection of the guard of honour by the special guest.

“Thereafter, Mr Governor will lead the guest on a helicopter to the Lekki Deep Sea Port for the official commissioning of the largest Sea Port in Sub-Saharan Africa.

“We all know that Lagos is known for a great sense of hospitality and conviviality. These great Lagos attributes would be on display on the evening of Monday 23, during the State banquet being organised to honour our guests. Mr Governor and his spouse, Dr (Mrs) Ibijoke Sanwo-Olu, will lead other dignitaries to give President Muhammadu Buhari a befitting Lagos welcome. There will be musical performances and other forms of entertainment to make the evening a very memorable one for Mr President and all the invited guests.”

Mr Omotoso also disclosed that President Buhari, during his two-day visit to Lagos, will commission the MRS Lubricant factory, a private sector project in Apapa.

“He will depart Apapa for the John Randle Centre for Yoruba Culture and History for commissioning and a tour of the Museum. The John Randle Museum, the first of its kind in black Africa, will afford the President the opportunity to interact with art enthusiasts, curators, historians and academia, and students who have been invited to the programme.

“Subsequently, Mr President will move to the Lagos Blue Line Rail Project in Marina, where different activities have been lined up for him. At the Blue Line Terminal, Mr President will witness the signing of phase II of the rail project, which begins from Mile 2 to Okokomaiko. He will also commission Phase I and take a train ride from Marina to Mile 2 and back and depart Lagos,” he added.

The Commissioner for Information and Strategy said the security personnel would be at strategic places to prevent unforeseen circumstances. He implored residents not to panic due to the influx of security operatives deployed for the presidential visits to the State as provided in developed countries.

Also speaking, the Commissioner for Transportation, Mr Frederic Oladeinde, said there would be restrictions on some roads, including the Ademola Adetokunbo road on Victoria Island, from 6 am to 3 pm on Tuesday, January 24 and therefore urged motorists going to the Island to make use of the Falomo bridge route.