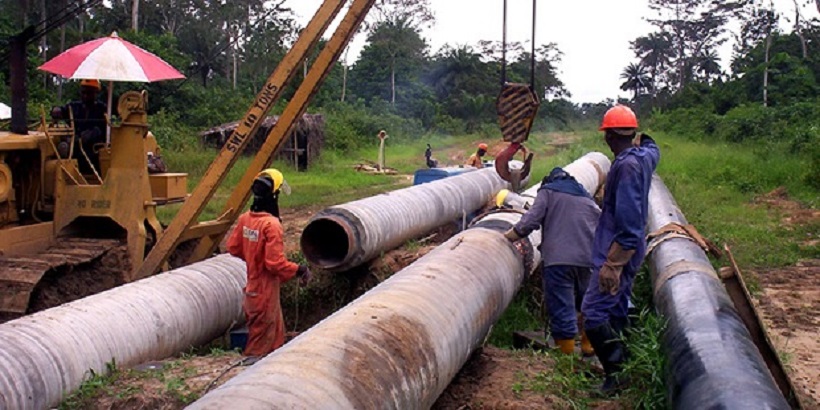 The Nigerian National Petroleum Corporation (NNPC) has reiterated that it is on course to deliver the ongoing 614 kilometres Ajaokuta-Kaduna-Kano (AKK) gas pipeline project.

This assurance was given by the Group Managing Director of the state oil corporation, Mr Mele Kyari, adding that it would create prosperity through massive job opportunities and guarantee peace for the country.

In a statement signed by the Group General Manager, Group Public Affairs Division of the NNPC, Mr Kennie Obateru, the GMD stated this at the Gas Sector Stakeholders’ Forum held in Kano last week.

He said it would also serve as the gas supply would link Nigeria to other African countries and Europe upon completion.

“This project has been on the drawing board for 30 years and the dream was to have gas delivered to Europe across the Trans-Sahara route. What we are seeing today would deliver at least 2 billion standard cubic feet of gas to the domestic market at the first instance with the potential to increase it.

“What this means is that it will debottleneck the gas supply network in the entire country,” Mr Kyari informed.

He said the AKK gas project would also lead to the development of three Independent Power Plants (IPP) in Abuja, Kaduna and Kano.

The IPPs would boost electricity supply and promote the growth of small and medium scale enterprises in Nigeria.

“I want to state clearly that this gathering would not have been possible if we don’t have a line of sight to the completion of the AKK gas pipeline project.

“This is possible because of the clear direction that Mr President has shown on the need to deepen domestic gas consumption with a view to creating prosperity out of the enormous gas resources we have as a nation. He has given us all the necessary support and incentives to deliver on this project,” he stated.

Mr Kyari said the AKK gas project would also boost the agricultural, industrial, manufacturing and power sectors for the overall growth of the nation’s economy.

He averred that the AKK gas pipeline project was in sync with the aspiration of the federal government to reduce the nation’s carbon footprint in line with the global quest to arrest global warming and climate change and in furtherance of the Decade of Gas programme.

According to him, gas is a key driver of prosperity all over the world and it cannot be different in Nigeria, stressing that the extensive industrial layout in the Otta area of Ogun and Lagos States is anchored on the gas supply by the NNPC and its partners which is creating jobs and other opportunities for people.

On his part, the Minister of State for Petroleum Resources, Mr Timipre Sylva, said the Gas Sector Stakeholders Forum would ensure collaboration amongst stakeholders geared towards kick-starting the required activities that would guarantee full usage of the gas to be delivered through the AKK pipeline when completed.

“Today’s event reinforces our commitment to realizing the inherent potentials of gas usage as a national catalyst for achieving economic diversification from crude oil and as a transition fuel from fossil of today to the renewable energy of tomorrow,” Mr Sylva submitted.

Related Topics:AKK gas pipeline
Up Next