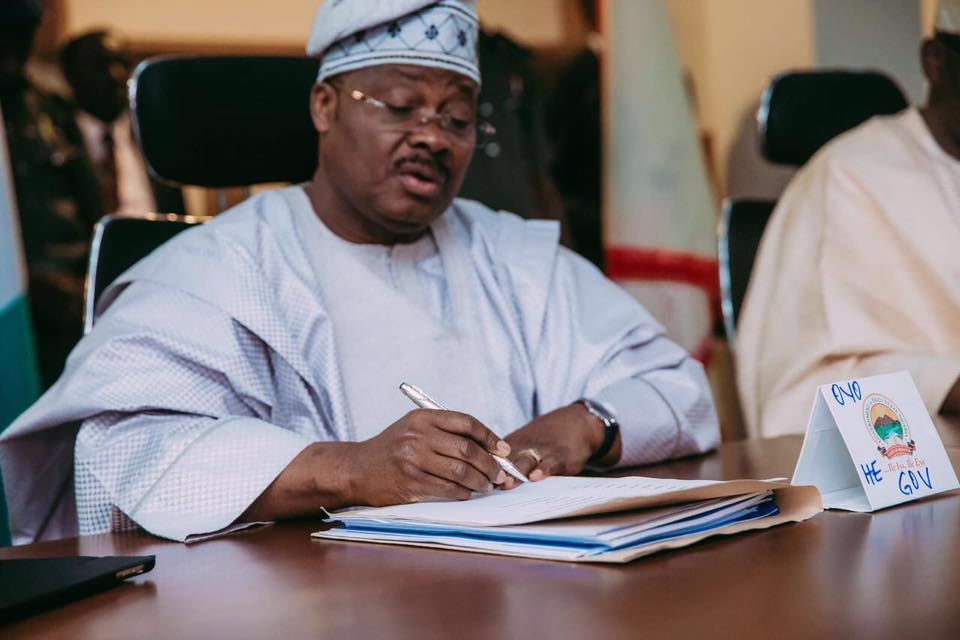 After about 188 years of its existence, the ancient city of Ibadan will soon have a tangible master-plan prepared by the Governor Abiola Ajimobi-led administration.

The master-plan of the 3.5 million people city, according to the state government, has reached 75 percent completion.

This was disclosed by the Commissioner for Environment and Water Resources, Mr Isaac Ishola, at an annual luncheon entitled ‘Restructuring Nigeria as a Nation: The Benefits and shortcomings,’ organised by the Nigerian Institution of Surveyors, Oyo State branch in Ibadan.

On the proposed master plan, the Commissioner said that though the ancient city was founded in 1829, it could not boast of any tangible master-plan until Governor Ajimobi took the mantle of leadership.

State chairman of NIS, Mr Ola Shiyanbola, at the luncheon also said; “The proposed master plan of Ibadan being currently worked upon is long overdue.

The importance of the master plan to the physical development of Ibadan, the state capital, and the state as a whole cannot be over emphasised.

“There is need to have consultants and professionals to monitor and ensure that good results are obtained. Mapping of the state will solve many problems being faced in areas of physical development.

“Mapped states or countries are the best governed.”

He added, “Land processing is becoming unbearable in Oyo State. The institution is appealing to the government to review downward the rates being charged for processing of certificate of occupancy, governor’s consent, submission of record copies of survey plans and building proposal approval at the state and zonal levels. With reduced rates, more land documentations will be executed.”

On the newly signed Real Property Protection Law 2016 which had been passed by the House of Assembly in December last year, he advised that the government should not rest on its oars but ensure the implementation of the law.

Speaking on the master-plan, some residents of the sprawling city expressed fear that many buildings and properties may be affected.

Mrs Comfort Ajala, a business woman said; “It is not a bad idea that Governor Abiola Ajimobi is bringing this. We really commend him for this bold step.

“But, our fear is whether the proposed master-plan will not render thousands of people homeless.

“For now, we don’t know how the government wants to go about it, so let us not be pre-emptive.”

Mr Tajudeen Lamidi, an auto mechanic, says caution should be taken exercised in this austere period.

“Many people are suffering and it would be a double tragedy if the government implements a policy that would worsen the present economic hardship. It is a good idea, but there should be consideration for people. May God give the governor wisdom to go about it,” he said.

Related Topics:ibadan Master-Plan
Up Next