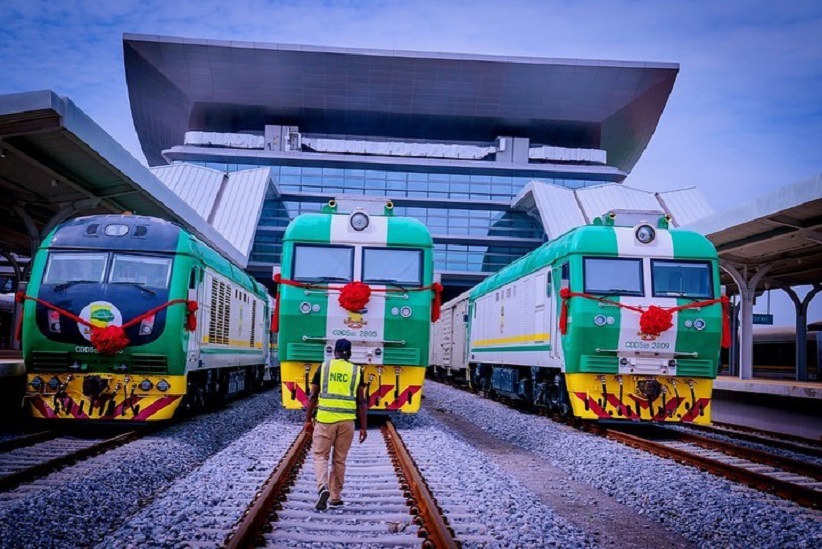 President Muhammadu Buhari has revealed that arrangements are on top gear to complete the Ibadan-Kano rail line, one of the railway projects of his administration aimed at connecting different parts of the country.

He mentioned this while presenting the national budget for the year 2022 to the National Assembly worth N16.39 trillion.

It would be recalled that earlier this year, the Minister of Transportation, Mr Rotimi Amaechi, had said that the federal government was to begin work on the construction of the Ibadan-Kano rail project as soon as the Chinese government approves the sum of the $5.3 billion loan application, after which the contract was approved a year ago.

The Ibadan-Kano railway is part of the 2,700-km Lagos–Kano rail standard gauge line which will offer transport connections from the Port of Lagos to Kano, near the border with Niger.

Speaking on Thursday at Abuja, the President noted the critical ongoing infrastructural projects in the power, roads, rail, agriculture, health, and education sectors.

He also added that the government will soon work on the Port Harcourt-Maiduguri Line and Calabar-Lagos Coastal Line, which will link the southern and eastern states and connect to the north.

“We have made progress on the railway projects connecting different parts of the country. I am glad to report that the Lagos-Ibadan Line is now completed and operational. The Abuja-Kaduna Line is running efficiently. The Itakpe-Ajaokuta rail Line was finally completed and commissioned over thirty years after its initiation.

“Arrangements are underway to complete the Ibadan-Kano Line. Also, work will soon commence on the Port Harcourt-Maiduguri Line and Calabar-Lagos Coastal Line, which will connect the Southern and Eastern States to themselves and to the North.

“Progress is also being made on several power-generation, transmission, and distribution projects, as well as off-grid solutions, all aimed towards achieving the national goal of optimizing power supply by 2025.”

On the nation’s health system, Mr Buhari noted the urgent need for strengthening the health infrastructure of the country as a result of the effects of the global pandemic.

He said this necessitated the construction of 52 Molecular labs, 520-bed intensive care units, 52 Isolation centres, and provision of Personal Protective equipment across 52 federal medical centres and teaching hospitals by the government.

“We continue to push our expenditure rationalization initiatives which we commenced in 2016. We hope to commission most of these projects before the end of our tenure in 2023,” he added.