Additional facts have emerged on how Dangote Industries trucks delivered food items to the Kwara State Government House on May 9th, 10th, 12th and 18th, 2019 as part of annual support by Dangote Foundation for state government efforts to provide food for the needy during the Holy Month of Ramadan.

Details of the deliveries including correspondence between the Dangote Foundation and Kwara State Governor, Alhaji Abdulfatah Ahmed, on the delivery of the food items, were made available by his Senior Special Assistant on Media and Communication, Dr. Muyideen Akorede on Monday.

In a letter written to the Kwara State Governor, Alhaji Abdulfatah Ahmed on May 2, 2019 and signed by the Managing Director, Aliko Dangote Foundation, Mrs. Zouera Youssoufou, the foundation informed Governor Ahmed that philanthropist, Alhaji Aliko Dangote had directed the delivery of food items in support of the government’s 2019 Ramadan programs.

The Foundation’s letter to the state governor read in part, “In our bid to support your government’s efforts in providing foods for the indigent and vulnerable households during the Holy Month of Ramadan, Alhaji Aliko Dangote has directed that we deliver the under-listed food items to your state in support of your 2019 Ramadan Programmes”.

The State Governor, Mr Abdulfatah Ahmed, in his response dated May 16, 2019, confirmed the receipt of the food items and appreciated the foundation on behalf of the people of the state, saying that the process of distributing the items to the needy had been mapped out.

”I recall that same gesture by your foundation was conveyed to us last year, which impacted positively on its beneficiaries. Therefore, I urge you to keep the spirit aflame”, said the Governor.

Mr Akorede said following the individual deliveries, the trucks left Government House with the rest of their consignment to other destinations unknown to the state government.

He said the donated items are distributed by the state government through Muslim groups and stakeholders across the 193 wards in the state every year.

The statement reiterated that in keeping with the due process, an inventory of government properties located in every office and building in Government House has been compiled and kept in respective offices including the Store Department and the Government Asset Management Unit. It, therefore, urged the public to disregard the attempt to misrepresent an obviously well-intentioned charity effort by a private individual as wrongdoing by the administration or any of its officials. 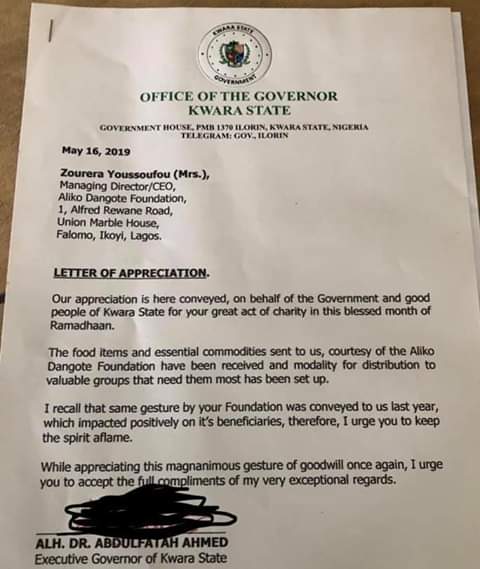 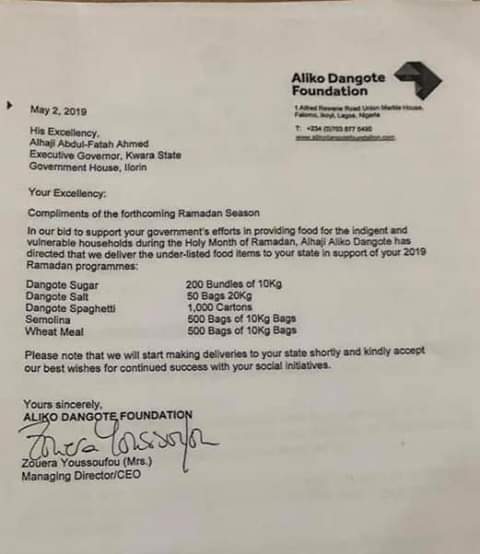 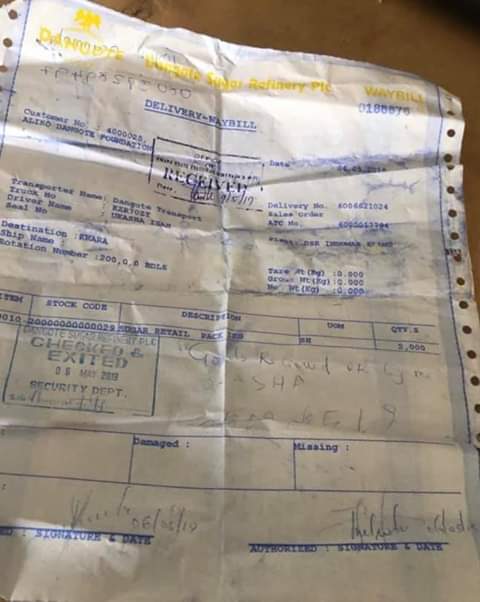 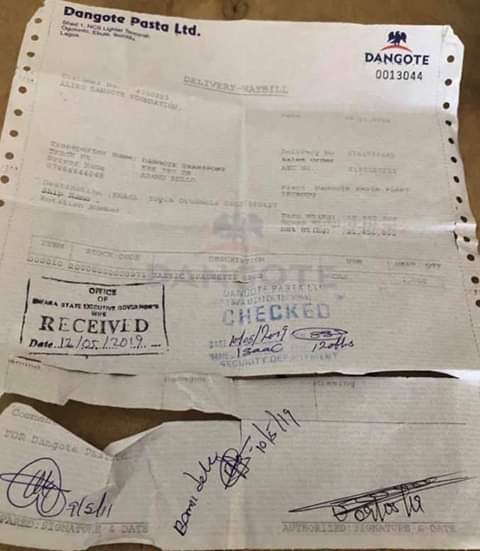 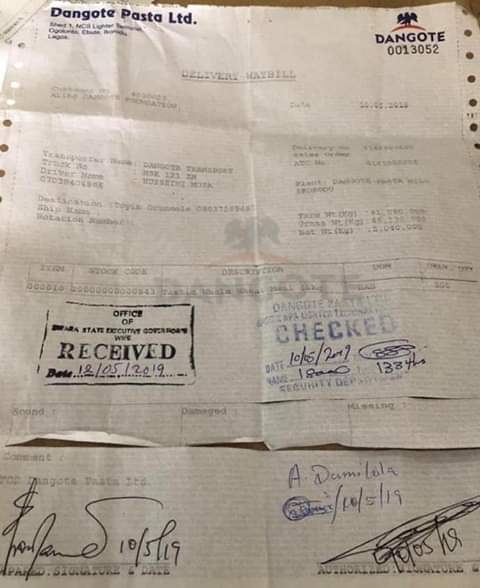