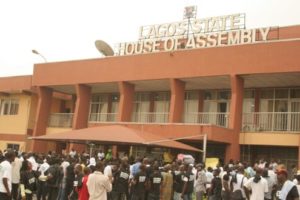 The Director General of the Lagos State Safety Commission, Mr Hakeem Olaogun Dickson, has been ordered to stop occupying the office until he is cleared by the State House of Assembly.

This was sequel to the observation of the Chairman of the House Committee on Special Duties and Inter-Governmental Affairs, Mr Akeem Shokunle.

The lawmaker had informed his colleagues that the DG was occupying the office without an approval from the House of Assembly against the law which established the commission and the normal practice.

He added that this is a wrong step that should be urgently addressed by the House.

This was supported by Mr Adefunmilayo Tejuosho, who said that the people are watching what is happening and that whoever would occupy such an office ought to be cleared by the House.

Also commenting on the matter, the Chief Whip of the House, Mr Rotimi Abiru and Mr Olanrewaju Ogunyemi emphasised that the Governor of the state should be directed to ask the Director General to report to the Assembly for screening.

The Speaker of the House, Mr Mudashiru Obasa, subsequently ordered that Acting Clerk of the House, Mr Azeez Sanni should write a letter to the Commission asking Dickson to step aside and stop parading himself as the DG until he is cleared by the House of Assembly.

He said further that an inquiry should be made to know if the commission has a legal department, which ought to have advised the management on the right step to take before someone would occupy the office of the DG.

Dickson was appointed into the office after the exit of its former DG, Mr Fuad Oki.